Few, if any, investors in the world can boast of having what Norbert Schlenker has – their very own Gambit.

"Oh, I think lots of people have gambits; they just don't have them named after them," says Mr. Schlenker, inventor of Norbert's Gambit and president of Libra Investment Management Inc., based in Salt Spring Island, B.C.

Norbert's Gambit is a deft financial transaction that Mr. Schlenker came up with to avoid the cost of extra bank or brokerage charges when investors change securities between U.S. and Canadian dollars.

It's perfectly legal – banks and brokerages refer to it on their websites even as it works against their own interest, though each bank or brokerage has its own rules for using the Gambit.

At the same time, it's not particularly risky or complicated for the DIY investor who needs to move between Canadian and U.S. dollars, for example to buy a U.S. exchange traded fund (ETF) or property on the other side of the border, Mr. Schlenker says.

It can save DIY investors hundreds or even thousands of dollars in service charges, avoiding the commission fees or spreads that are added on to the regular foreign exchange rate, which fluctuates all the time.

"The banks and the brokerages that they own all charge commissions if you simply ask them to exchange money. They'll charge on the order of one cent on the dollar," he explains.

"That's not a lot if you want a few hundred dollars for cross-border shopping, but if you need $100,000 or more it can add up, even if they give you a break because you're changing a large amount," Mr. Schlenker says.

Norbert's Gambit is a form of arbitrage, which he defines as "a trade in which you take no risk and still take out money." He came up with it nearly 30 years ago.

"In 1986 I moved down to the States, and while I was there I needed to be able to change funds from U.S. dollars to Canadian and vice-versa, and I had a brokerage account in Canada. It came to me that I could use interlisted stocks to do this," Mr. Schlenker says.

An interlisted stock is one that trades on more than one exchange, often in more than one country. Companies list their stocks on multiple exchanges because it gives them a window to more investors, but there's no reason that a Canadian investor can't buy or sell a stock such as Royal Bank of Canada on either the TSX or the New York Stock Exchange, or both.

The Gambit works because, allowing for currency rates, the price for the stock will be the same on both exchanges. "If the price of Royal Bank stock goes up in New York, it goes up in Toronto at the same time. Otherwise someone would buy it in New York where it's cheap and sell it in Toronto," Mr. Schlenker explains.

"Let's say I want to acquire American dollars. I would buy the stock in Canadian dollars, then I would immediately sell it in U.S. dollars," he says. "Legally it's the same stock."

Norbert's Gambit is not cost free, Mr. Schlenker warns. There are brokerage fees for buying and selling the interlisted stock.

But in the competitive discount brokerage market, a DIY investor can get away with paying as little as $10 a trade.

DIY investors also need to be patient for the funds to be transferred between currencies, because it usually takes at least three business days for a market trade to be settled, Mr. Schlenker adds.

Theoretically, Norbert's Gambit can also work for DIY investors who want to shift funds between Canadian and non-U.S. currencies. But it doesn't work well in practice, because other countries often have high brokerage fees that would cancel out the benefits.

"Quite often you can change an enormous amount of money for under $100. And if you're careful, you could do it for nothing or even make money," he says.

That's where it gets tricky though. A DIY investor could profit from Norbert's Gambit if he or she bought the stock and held it long enough for it to go up before selling. But this could take either a few minutes or a few years, or the market could go down if you wait, Mr. Schlenker warns.

"You could sit there and watch the screen all day. But that's not what you want to do. You wouldn't have a life." 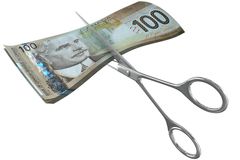 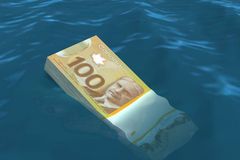 Carrick on money: Avoid RRSPs in these five situations
August 22, 2014
Three ways to pass your wealth to your children without spoiling them
August 22, 2014 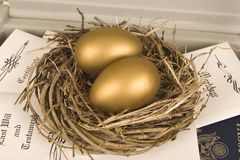