Back in the spring, when the U.S. Federal Reserve rattled global markets with its tentative taper talk, money began pouring out of emerging-market bonds, currencies and equities. Worried officials in various affected markets, particularly those that had grown dependent on cheap foreign capital to finance widening deficits, urged investors not to panic.

But whether from dire forebodings about life in the emerging world after the Fed inevitably throttles back its massive monetary stimulus or from a more careful examination of the clouded fiscal and economic prospects of such deeply troubled countries as India, Brazil, Turkey, Indonesia and South Africa, nervous investors kept their fingers on the sell buttons. And now, spurred by the sabre-rattling over Syria, which is driving up the price of oil and gold, their stampede to the exits has turned into something resembling genuine panic. The grim result across the shell-shocked emerging world: battered currencies, shunned bond issues, deepening financial miseries and the stunning loss of more than $1-trillion (U.S.) from the value of equities.

India has been hit particularly hard. The rupee has lost about a fifth of its value against the U.S. dollar since May. It plunged nearly 4 per cent last Wednesday alone – its steepest one-day decline since the early 1990s – to yet another in a string of record lows. Indonesia's rupiah has been on the same dismal trajectory and the Turkish lira has plummeted to levels not seen in more than three decades.

Such dramatic shifts "show that investors are in full panic mode," Ruchir Sharma is saying on the phone from Mumbai. "That's huge volatility."

How far can these currencies fall?

Mr. Sharma, head of emerging markets and global macro at Morgan Stanley Investment Management in New York, has witnessed previous panics during his two decades of experience in the developing world. During the Asian financial crisis of 1997-98, he recalls the rupiah plunging from 2,000 to the U.S. dollar to 4,000 and then to 10,000 and ultimately plumbing lows of 16,000.

"I don't think that we're anywhere close to that kind of situation," he says. "But in currency panics, you don't know what will happen. The panic can subside, things can turn around. But it's so hard to call exactly when that can happen."

In fact, what's been happening so far this year is a complete reversal of the trend of the previous decade, when emerging markets basked in their new role as an attractive harbour for investors seeking some sort of return on their money, along with a bit of shelter from the gale-force storms wreaking havoc on developed markets.

It gives Mr. Sharma no great pleasure that he predicted as much last year in his book, Breakout Nations, which opens with a conversation in late 2010 with the scion of a wealthy Indian exporter who took the then huge inflows of foreign cash for granted. "Well, of course. Where else will the money go?"

This widely held view of an emerging world on the verge of converging with the developed economies stemmed not only from strong growth in the likes of China, India, Brazil and a raft of other rising stars, but from the continuing fiscal and economic woes plaguing a large swath of the developed world.

"The easy liquidity was enough for people to paper over the structural problems that were building up in these [emerging] countries," Mr. Sharma says.

"We're now in the opposite stage from the previous decade. We're reaching the revulsion stage where everyone is saying: 'Just get us out of emerging markets.' "

There are good reasons to worry about countries like India, wracked by chronic inflation and corruption, badly in need of structural reforms and facing the emerging world's worst fiscal deficit and a widening current account shortfall. The economy is growing at less than 5 per cent annually, half the average level reached during its boom years between 2003 and 2008.

Investors "have basically lost confidence in India, and they're waiting for something significant to happen, in terms of financial and economic policies," says Surendra Kaushik, a finance professor at Pace University's Lubin School of Business in New York. "They're looking for signs that the government will be able to stabilize the situation."

But investors are also hammering more reform-minded countries with better fiscal health and stronger growth prospects. Punters painted the entire emerging universe with the same brush on the way in. And they're doing it again on the way out. Nothing is escaping the Great Emerging Market Selloff.

"I've been skeptical about the whole emerging market boom lasting, but now we've gone to the other extreme," Mr. Sharma says.

The panicked selling is creating "pockets of opportunities" to buy good-quality companies operating in promising markets such as Thailand, Mexico, the Philippines and parts of Eastern Europe, he says. His preferred sectors include financials, consumer products and telecom.

Advice to entrepreneurs who want to sell abroad: Don’t
September 2, 2013 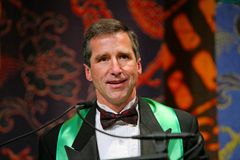 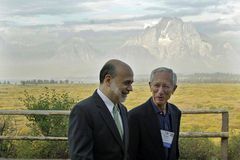