A major Ontario pension fund is set to launch a venture capital arm that plans to deploy $180-million in the next three years.

The move, by the Ontario Municipal Employees Retirement System, is an unusual one for a Canadian pension fund because venture capital leans toward the riskier end of the investment spectrum. And it's a sizable amount in the Canadian context: total venture capital investments in this country are about $1-billion per year, and roughly one-third of those are made by American players.

John Ruffolo, the chief executive officer of Omers Ventures, said he thinks the pension plan can outperform traditional venture capital and private equity players by being patient and sticking with the companies that it invests in throughout their lifecycle, rather than for only a few years. Omers manages more than $50-billion of investments on behalf of 400,000 current and former municipal employees in Ontario.

The Omers fund will invest in early-stage companies and place a representative on their board of directors. If all goes well, it will continue to add to its investment over the years, potentially all the way to an initial public offering. But, unlike traditional private equity players which often feel pressure to exit companies quickly in order to build a track record with which to raise their next fund, Mr. Ruffolo said this initiative will benefit from having the long-term outlook of a pension fund.

The fund has attracted a board of advisers for the initiative that includes Jim Fletcher, the co-founder of Chrysalix Energy Venture Capital; billionaire entrepreneur Terry Matthews, the chairman of Mitel Networks Corp. ; and Canaccord Genuity Corp. chairman David Kassie.

"I think they've got a great opportunity because there's a chasm in the Canadian capital markets as wide as the Grand Canyon when it comes to angel investing," said Mr. Kassie. An angel investor is a person or institution that invests at a very early stage of a company's development.

Mr. Ruffolo is still looking to hire a few more professionals for his group, but has already built a team of eight that includes Peter Carrescia, who spent time at Microsoft and IBM, in addition to years in the venture capital industry, and Jennifer Reynolds, who was an investment banker at Bank of Montreal for a decade.

The team has quietly made its first investment in Toronto-based WaveAccounting.com, which offers a free online accounting application for small businesses with fewer than 10 employees.

Mr. Ruffolo expects that his group will be given more capital by Omers in future years.

Communications and information technology firms have been the biggest recipients of venture capital in Canada of late, while the clean-technology and life-sciences sectors are receiving a growing piece of the pie, according to the Canadian Venture Capital & Private Equity Association (CVCA).

But firms across a variety of sectors are battling for a very limited amount of funding.

Venture capital fundraising, meanwhile, is on the decline. The amount of new capital committed to venture capital funds last year was the lowest it has been in 16 years, at $819-million. That was down 24 per cent from the previous year.

The CVCA argues that a shortage of venture capital in Canada is constraining the growth prospects of the country's most promising companies, saying they receive less than half the capital of their U.S. counterparts.

In an effort to spur activity, Ontario's Liberal party has announced as part of its election platform that it would offer tax credits to institutions that make venture capital investments. 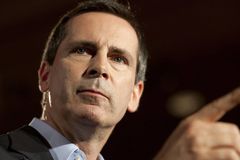 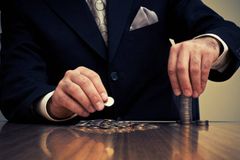