Senior executives of Sino-Forest Corp., including chief executive officer Allen Chan, appear to be engaged in fraudulent activity, according to a stunning set of allegations levelled by the Ontario Securities Commission.

Canada's top stock market regulator halted trading in Sino-Forest shares and said certain officers and directors of the forestry firm "appear to have misrepresented some of its revenue" and "exaggerated some of its timber holdings" by providing false or misleading information. The commission took the unprecedented step of ordering Mr. Chan and other officers to resign Friday -- only to rescind the demand hours later in a bizarre turn of events.

The company also appears to have engaged in "significant" related-party transactions, which may violate Ontario securities laws, the OSC said. If the allegations are true, Sino-Forest, a Hong-Kong-based company that operates in mainland China and was once the biggest publicly traded forestry company on the Toronto Stock Exchange, could turn out to be one of the largest corporate frauds in Canadian stock market history.

The fresh accusations are adding to pressure on Mr. Chan to step down temporarily as CEO, according to people familiar with the matter. An announcement could come as soon as this weekend, sources said.

Sino-Forest has been a publicly traded company in Canada since the mid-1990s. Its primary business is owning, managing and selling forestland in mainland China, and its spectacular growth has made it popular with investors, who have given it nearly $3-billion in new money since 2003. Until recently, it counted John Paulson, a superstar of the U.S. investment world, as its largest shareholder.

But the company has been under siege since early June, when a previously obscure analyst named Carson Block called the company a "multibillion-dollar Ponzi scheme" that was engaged in "substantial theft." After that report, Sino-Forest set up a special committee of independent directors, assisted by accounting firm PricewaterhouseCoopers, to investigate the allegations that Sino-Forest had inflated the size and value of its Chinese timber assets.

It appears that the work of the special committee is responsible for Friday's events. Earlier this week, according to people familiar with the matter, the investigation found evidence of potential fraud and "suspicious transactions" related to Sino-Forest's operations in mainland China. The information was then relayed to the OSC.

People close to the case said the team of investigators uncovered a number of e-mail accounts outside the company's internal network that revealed information about what two sources described as "questionable" deals. Those e-mails, one person said, suggested that "some money went where it shouldn't have."

When the information was shared with the OSC, the regulator pushed the company to eject Mr. Chan and four China-based executives, according to one source. The executives were senior vice-president Albert Ip, and three vice-presidents, Alfred Hung, George Ho and Simon Yeung. Sino-Forest temporarily suspended Mr. Ho, Mr. Hung and Mr. Yeung earlier this week and curtailed the duties of Mr. Ip, but sources said it delayed any decision about Mr. Chan because it is still investigating his activities.

Apparently unwilling to wait, the OSC issued an order early Friday for the executives' resignations and barred them from the boards or executive suites of other publicly traded companies.

The unusual move caught Sino-Forest's board by surprise, and ignited a fierce debate in the legal community over the regulator's legal authority to sanction corporate officials before even holding a hearing.

"They can't suspend somebody on a temporary basis as an officer or director – it's not in their powers. They had no jurisdiction to do it," said Kelley McKinnon, a partner at Gowling Lafleur Henderson LLP who previously was deputy director of enforcement at the OSC.

After what one person described as a "wild" morning of meetings by Sino-Forest's special committee of directors and calls to the regulator, the OSC backed down and withdrew the order.

OSC spokeswoman Wendy Dey said the commission rescinded the order after being "persuaded" the executives could not be compelled to resign without holding a hearing first. But she said OSC staff will "consider" whether it should try to expel the executives through a hearing.

According to sources, Mr. Chan's status at the company is still under review. Although sources say some Sino-Forest directors believe the CEO should step aside while they continue to investigate his role in the transactions, he is adamant there is no wrongdoing.

Although the stock did not trade in Toronto on Friday, it continued to do so in the U.S. over-the-counter market, which is exempt from OSC order. It closed at $1.38 (U.S.), down 72 per cent.

"We are pleased that the OSC gathered enough information to suspend the stock and protect investors," said Mr. Block, the short-seller who authored the critical Sino-Forest report in June.

The OSC allegations are in addition to previous findings by a Globe and Mail investigation that exposed a number of inconsistencies that raised doubts about the company's public statements. Among other things, The Globe found a string of empty regional offices, and spoke to a key Sino-Forest business partner in Yunnan province, who said the company had purchased far fewer trees than the 200,000 hectares promised under a 2007 agreement. Provincial forestry officials who spoke to The Globe also questioned the size and value of Sino-Forest's timber assets. 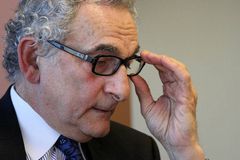 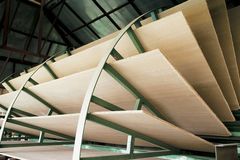 Carson Block: The man who felled a forestry giant
April 29, 2018
Latest Sino-Forest investor finds itself on familiar ground
May 3, 2018 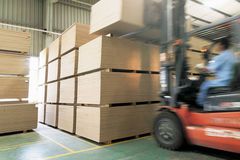 Sino-Forest shares plunge on allegations
November 29, 2016
Sino-Forest fights back
May 3, 2018 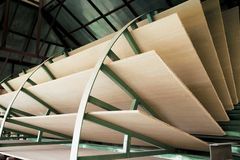