A money-saving suggestion for Canadians with a taste for travel in the United States: Skip the trip.

The Canadian dollar's descent to five-year lows in early October reminds us that a weak currency has its price. Everything we import from the United States costs more, although intense competition among retailers may limit the impact for a while at least. A more immediate impact is the cost of buying U.S. dollars and paying credit card bills for U.S. purchases.

As of early this week, the dollar was down 5 per cent from levels reached in an early summer rally. Camilla Sutton, chief foreign exchange strategist at Bank of Nova Scotia, said our dollar has joined other global currencies in being overtaken by a surge in the value of the U.S. buck.

She thinks the dollar has a volatile month or so ahead of it, which means snowbirds who are committed to wintering in the United States should think about buying U.S. currency a little at a time. If you wait too long, you may find yourself forced to buy at a low point for our currency. "The idea of moving in pieces is a good one," Ms. Sutton said. "We have a far more volatile market than we've had over the past year or two."

Once the U.S. dollar rally plays itself out, Ms. Sutton sees our dollar settling into a level around 90 to 91 cents (U.S.). If you remember the loonie's plunge to the low 60-cent level back in the early 2000s, you won't be too put out by this. But there's still a heavy cost to travelling in the United States at current levels.

First off, there's the issue of the wholesale foreign exchange rates that are widely quoted each day to track our dollar's performance. These rates apply to giant financial institutions, not to a regular Jane or Joe. While writing this column, financial websites valued the dollar at a wholesale rate 89.5 cents. A quick check of currency dealers and bank branches came up with retail exchange rates ranging from 85 cents to 88.4 cents. Obviously, it pays to compare rates when buying U.S. cash.

If you charge U.S. purchases on a credit card, the costs can be even higher. That's because the banks issuing credit cards in Canada typically convert your purchase into Canadian dollars and add a fee of 2.5 per cent of the value of transaction. These fees are folded into the charge listed on your credit card bill and not disclosed separately. They're likely responsible for the double-takes we all do in trying to reconcile the amount of a U.S. meal or retail purchase with the much higher cost charged to our credit cards.

Snowbirds who own or lease property in the United States will just have to roll with our dollar's latest decline. Everyone else should be asking this question about U.S. travel: Do we really need to do this?

Maybe you do. You might have family in the States, or know of things you can buy down there that are cheaper than they are in Canada, even with the exchange rate factored in. But a trip to the United States right now might cost you an extra 12 to 15 cents on the dollar over a vacation here at home. Spent in the United States, your $3,000 family vacation next year could generate an extra $350 to $450 in foreign-exchange costs.

The cheapest vacation of them all is the staycation, where you do all the fun stuff you don't normally have time for in your hometown. But there's a certain satisfaction you get from visiting different places that staycations can't match. Within reason, travelling is money well spent.

We need this qualification because a lot of us are prone to overdoing it on trips and leisure spending. One of the reasons why we have such high levels of household debt is that we're now comfortable living beyond our means.

This spring and summer, travel within your means. Pick a Canadian city or province you've never been to and go there. Pay in Canadian dollars and get your credit card bill without the usual foreign exchange markup. U.S. vacations are great, but this is the year to skip that trip.

No longer the darling: How to prepare for a falling loonie
March 24, 2014 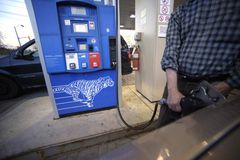 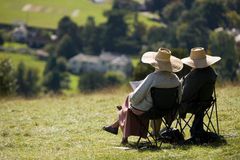 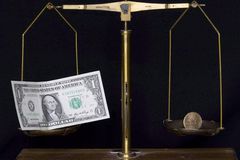 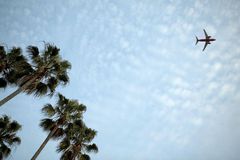 A family seeking furlough for a year-long vacation and early retirement
October 3, 2014 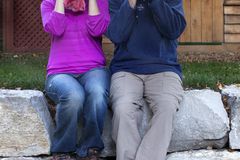 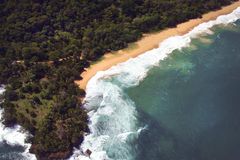