A mechanically inclined friend of mine was convinced to try and change his car's timing belt in his driveway instead of taking it to a repair shop. He almost blew the car's engine and ended up spending 50 per cent more than if he had just taken the car to a professional in the first place. Similarly, some people are built for DIY investing, and some people are better off as DDIY - Don't Do It Yourself - investors.

Let's go back to the car example. What started out as a moderately straightforward mechanical job quickly turned into a nightmare. When my friend started up the engine, it sounded like a sputtering lawnmower. It had to be towed to a shop, and my friend had to arrange for alternate transportation, in the meantime.

Had he simply brought the car to the dealer, he would've had the car back in a day, with the use of a loaner vehicle (at the time free of charge, although an increasing number of dealers are now charging for this service). He would have spent less money and had less aggravation.

The initial rationale behind tackling the job himself had been the opposite: he wanted to save money and do it himself. There are many people who are more than capable of taking on various DIY projects, but there are also plenty of stories of projects gone wrong.

That can certainly happen with DIY investing. If you've followed me for a while, you'll know that I'm the first guy to espouse low fees. There are lots of investors who could save big bucks by managing their own portfolios, but there are plenty of other investors who should go back to some form of advice.

In the end, the goal is a higher rate of return. Suppose over the next 30 years, a DIY investor using a couch potato portfolio achieves an annualized rate of return of 7 per cent. Perhaps someone using a full service adviser gets 6 per cent, due to the cost of advice with all other things being equal.

Lots of articles and blogs focus on that 1 per cent. Yes, it's a huge cost when compounded over time. But what I see as a faulty assumption is that all other things are not equal. Make no mistake, there are DIY investors going it on their own who would make perhaps 5 per cent in this scenario, or less, because of a few simple mistakes. They may have paid less in fees, but they have less money at the end of the day.

Let me be clear: I believe a lot more people could be DIY investors. But for all the proponents of lower costs, we can not simply tell everyone to abandon the advice ship and save 1 per cent in fees if it's going to cost them 2 per cent in returns. There's much more to the story than fees alone.

Again, in the end, one of the main goals is a higher net worth. One way to do that is to lower your fees, but that by itself is not the answer. Until we raise the financial literacy level, many people may be better off taking their portfolio in for regular servicing.

Preet Banerjee, B.Sc, FMA, DMS, FCSI is a W Network Money Expert. You can follow him on twitter at @PreetBanerjee 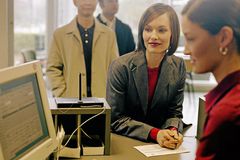 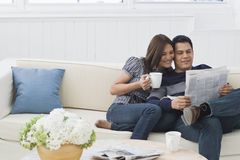