With a three-year-old child, good jobs and a promising future, Tanya and Edward are looking for a financial road map.

In June, Tanya started working again after spending years studying and then caring for their baby. They both turn 35 this year.

"We're wrestling with a number of questions," Edward says in an e-mail. "How can we afford to buy a home? Can we afford to have another child? Our rental property has appreciated; can we take advantage of that? Should we be borrowing to catch up our RRSPs? What does a reasonable monthly budget look like?"

Tanya, an engineer, earns $65,000 a year and has gone back to school in the evenings to take a second master's degree.

Edward, who brings in $120,000 a year in a management job, bought a loft condominium in downtown Toronto before he was transferred to Montreal. He intended to live in it but never got the chance, so it's rented out.

Now that they're back in Toronto, he and his wife deem the loft too small and its open plan unsuitable for raising a family. So they'd like to buy a house within biking distance of Tanya's workplace. They figure it would cost about $600,000.

What Our Expert Says We asked Warren MacKenzie, president and chief executive officer of Second Opinion Investor Services Inc., to take a look at Edward and Tanya's situation.

Tanya and Edward are contributing to their pension plans and their registered retirement savings plans, paying down their mortgage and planning to work part-time when they retire. Since they're already taking the important steps, they need only continue doing what they're doing, enjoy their working years, and let retirement take care of itself, Mr. MacKenzie says.

They already own a rental property, which carries itself from a cash flow point of view but produces no extra income, and in which they have about $160,000 of equity. But they want to buy a larger home, better suited to raising a family.

"There is more to life than retirement, so if a larger home is needed to make family life better, and if they can afford to buy it, they should do so," Mr. MacKenzie says.

If they do buy a home to raise their family, can they keep their rental property or should they sell it?

There are pros and cons to both approaches, but on balance, it would be prudent to sell the rental property, Mr. MacKenzie says, because the advantages of selling far outweigh the disadvantages.

The disadvantages of selling are twofold: Selling will trigger capital gains taxes of about $30,000, and if real estate soars in value, then having more real estate will mean a greater increase in net worth.

The advantages of selling the rental property are many: Edward and Tanya will lock in the capital appreciation that has occurred. They can use the money to pay down $20,000 of non-deductible student loans. Selling eliminates the hassle and risk of finding and dealing with tenants and it will allow them to make a larger down payment on their new home. They can use some of the proceeds to use up $23,500 of RRSP room, which will partly offset the capital gains tax they will pay.

In future, if they want to, they could buy a rental property jointly. The rental income will attract less tax, because it could be partly or entirely in Tanya's name and she is in the lower income tax bracket.

That's not all. "The most powerful argument to sell the rental property when they buy a home is that with two properties [their investments] will be overconcentrated in the real estate sector," Mr. MacKenzie says.

With two properties, Edward and Tanya would have about $900,000 in real estate and $750,000 in mortgage debt (some of which is being paid for by a tenant). Their entire net worth could be wiped out if the value of real estate was to drop by 15 per cent, which is "not an impossibility," the planner says.

There are a few other things that Edward and Tanya should consider, he says.

Edward needs more term insurance. If he were to die after their second child came along, Tanya would not have enough capital to replace his income. As well, the couple do not have a will, so they should take care of that immediately.

The couple also need to look at their $50,000 of RRSP investments. With a management expense ratio average of 2.46 per cent, they are paying high fees for funds that have underperformed the benchmark by more than two percentage points a year over the past five years, he notes.

One of the best ways to manage their money wisely is simply to compare how they are doing with how they could be doing if they bought a couch potato exchange-traded fund (ETF) portfolio, he says. Over the rest of their lifetimes, on the $50,000 now invested and with another $4,000 saved each year, if they improve their return by two percentage points (to 6 per cent from 4 per cent) either by paying lower fees or by getting better performance, they will increase the after-tax recovery from their RRSPs by about $250,000.

As well, they have about 95 per cent of their holdings in stock funds. A better long-term asset mix would be to have 30 to 40 per cent in fixed income and 60 to 70 per cent in growth-oriented investments, the planner says.

There is an opportunity for income splitting because Edward has the higher income and will eventually receive a pension, so RRSP contributions should all go into Tanya's name.

They should each open up a Tax-Free Savings Account so the contribution room can start to build. Even if they do not add to it immediately, the contribution room will be there and in the future, if they have an inheritance or some other lump sum, they will have the opportunity to shelter it.

Edward and Tanya plan to sock away about $2,800 a month to boost savings or cut debt. If they are able to save $2,800 a month after the debt is paid off, their financial security will be assured, Mr. MacKenzie says. 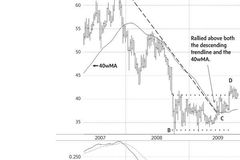 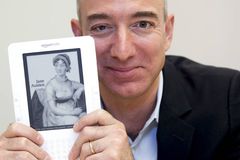