Sean was in his mid-30s before he did what most other adult Canadians do each year: file his income-tax return.

The Toronto communications consultant, now 41, has never made a lot of money and he says he was not trying to evade any potential payments. He just couldn't ever seem to get around to doing his tax returns. He put them off, and off, and off.

"I am generally a big procrastinator when it comes to paperwork. But with taxes, I have a near-phobia. So I avoided it for as long as I could."

Each year, when a file-your-tax-return-right-now letter from the government landed in his mailbox, he was a wreck.

"Those letters totally made me anxious. I felt guilty and embarrassed," said Sean, who was too mortified to let us use his last name. "As an adult, I knew that I should be taking care of things like taxes, but I was not doing it. So I felt infantilized by the process."

When he started a small business, Sean got a bookkeeper, who prodded him into filing. "It was a daunting task for me to go back and do all those years. But once I sat down and did them, they were pretty easy."

He paid the government the $10,000 he owed and swore to stay on top of things. Today, he is once more behind – almost three years.

Although Sean's case is extreme, many of us procrastinate when it comes to our taxes. And is that really surprising? The filing deadline of April 30 will roll around alongside beautiful spring weather, hockey playoffs and a multitude of other things that are more compelling than sorting through a year's worth of financial papers.

Mark Goodfield, a tax partner at Cunningham LLP in Toronto and author of The Blunt Bean Counter blog, says there are two types of people who do not file on time: the procrastinators, who typically do not owe money and just can't seem to ever get things done, and what he calls the head-in-the-sand type of person, who might owe money, doesn't want to have to pay, and deals with the issue by ignoring it.

It is human nature to put off doing things we find unpleasant and mysterious, which sums up how many of us feel about taxes, says Tim Pychyl, an associate professor of psychology at Carleton University in Ottawa and the author of the Procrastination.ca blog.

For most people, the thought of doing taxes prompts a visceral negative response and the classic way to bring about what he calls "short-term mood repair" is to put it off. "You don't feel like doing it right now, and by avoiding it, you feel better."

Although people tell themselves that they will feel more like tackling their taxes tomorrow, that is rarely the case, Prof. Pychyl says. "That is the nature of procrastination – it is irrational."

For run-of-the-mill procrastinators, the approaching deadline will eventually trigger enough anxiety to serve as motivation. For others, the anxiety can be immobilizing. "And once the deadline has passed, what is the motivation to get them done?" he asks.

Although some people don't file because they owe money and don't want to pay up, others are just too chronically disorganized, Prof. Pychyl says. "A certain percentage of the population is so low in conscientiousness, so low in dutifulness, and so high in impulsivity, that they just keep putting it off."

Getting professional help could be the answer for these people, he says. "The research we have done shows that once people get started on these tasks, it is neither as difficult nor as stressful as they thought it was going to be. They feel hugely better once they finish it."

With plenty of tax-filing software available, there really is no excuse not to file on time. Intuit, the company behind the TurboTax brand, recently introduced SnapTax, an iPhone app that essentially allows you to fill out a very basic tax return by snapping a picture of your T4 slip.

Ann-Marie says disorganization in the paperwork arena was a major contributor to her tax tardiness. She stashed all of her important financial papers in a big box, everything from university-tuition receipts to T4 slips and pay stubs from assorted internships, freelance jobs and waitressing gigs.

"I just kept sticking everything in that box. And soon doing taxes had snowballed from something that should take an hour each year into something really big," said the 28-year-old, who asked to remain anonymous.

Although she found tax season "stressful," she did her best to ignore it. "I justified it by saying that I was pretty sure I did not owe any money. That was how I coped."

Ann-Marie avoided her father's persistent nagging and that growing box of paperwork from 2002, when she left home for university, until 2008, when she finally got a steady full-time job. "I had never thought about the point in my life when I would actually make money and have to file and how this gigantic pile of taxes would impact that."

For Web-savvy Ann-Marie, the solution to her tax woes lay with the Internet. "My roommate showed me how simple it was to do taxes online and I really thought that this was something I could do. Also, I was jealous of her refund."

She buckled down and, with her father's help, spent three days fishing eight years of papers out of the big box. The bonus? A refund of around $1,500, which financed a two-week holiday in Costa Rica.

Unlike Sean, Anne-Marie is now prompt with her taxes. "I have already done them for this year – online. My father is delighted. Now, he is on the RRSP and start-saving-for-a-house kick."

Getting a financial windfall from years of unclaimed tax refunds might sound wonderful, but Calgary-based Cleo Hamel, a senior tax analyst for H&R Block Canada, discourages people from doing this. "What you should be doing is making sure you have all usable forms of income as soon as they are available to you – including tax refunds."

Mark McDonald has never filed his taxes on time. "I am behind two full years now and in a month it will be three. Before that, I had not filed in four years."

The 40-year-old elementary-school teacher who lives in Aylmer, Que., is financially responsible in other ways. He makes regular mortgage payments, meets his property tax obligations and has paid off his car.

Yet he is totally unmotivated – and completely unconcerned – when it comes to taxes. "I always get money back, but not very much. So it's just not something that I ever think about. I will get around to doing them some day."

Reasons to file - on time

Cleo Hamel, H&R Block's senior tax analyst in Calgary, gave us these top five reasons why you should not procrastinate when it comes to taxes:

3) Applying for a loan or mortgage. Banks or financial institutions will ask for a copy of your last notice of assessment to prove your income. If you can't produce it, it could cause a problem.

4) It's your money. If you are expecting a tax refund, it is money you have overpaid the government during the year. And there is no interest paid on it. So not filing extends your interest-free loan to the government.

5) Triggering benefits. Payments such as the quarterly GST/HST credit, Canada Child Tax Benefit and Guaranteed Income Supplement are calculated based on your last tax return filed. Failure to file by the deadline means that these payments will stop. And if you think that it doesn't matter because you don't qualify for these benefits, remember Ralph Bucks. In September, 2005, the Alberta government announced a $400-a-person prosperity bonus to be paid in January, 2006. The only catch? You had to have filed your 2004 tax return to receive it. 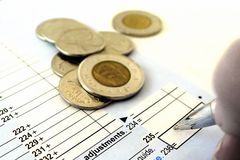 Tax cheats a problem, but so are those who overpay
February 13, 2012 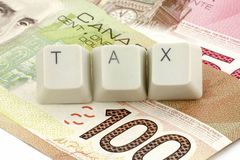 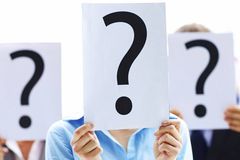 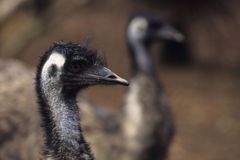 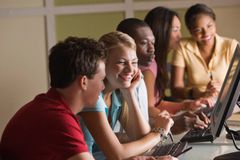