There's a new trend sweeping the United States and it seems to be catching on in Canada - people are cooling off their credit cards and paying down debt.

In 2009 household purchases south of the border dropped 0.6 per cent, the biggest decrease since 1974. According to the U.S. Federal Reserve, outstanding consumer debt fell a record 8.5 per cent last November. Credit-card debt led the way falling for the 14th consecutive month.

"Americans may be responding to huge wealth losses on their houses, so they're reluctant to add to debt and motivated to start saving again," CIBC chief economist Avery Shenfeld says.

Canadians are less enthusiastic about paying down debt because we're not as heavily leveraged, he says, but there are signs we're holding back on our spending. A recent CIBC report shows growth in the domestic mortgage market shrunk to 7.8 per cent from 12 per cent a year earlier. "We're still willing to take on additional debt given how low the cost of servicing those debts are," Mr. Shenfeld says.

Regardless, our new-found puritanism may be too little, too late: North American consumers are drowning under a mountain of debt. The average amount owed on a credit card is $5,600 (U.S.), the average American carries $46,000 in total debt and one in seven U.S. mortgages are in arrears or delinquent.

On this side of the border, data compiled by the Ottawa-based Vanier Institute of the Family last year shows the average Canadian household has $1.45 in debt for every dollar of income, compared with $1.31 in 2007 and 90 cents in 1990.

To make matters frighteningly worse, the economy's addiction to consumer spending could indirectly make it harder for households to dig themselves out of debt. Two-thirds of U.S. GDP and one half of global GDP are generated by consumers. If the economy doesn't grow, paycheques don't grow.

"Consumer spending will take on a smaller role in driving growth than it would normally do at this stage in the business cycle," Mr. Shenfeld says.

Anti-debt crusader David Trahair says forget about saving the economy - it's every household for itself. "If we are betting on the consumer to bail us out of this recession, we've got a major problem."

The Oakville, Ont., accountant and author says most Canadians should focus solely on eliminating debt, before even thinking of saving or investing - and that includes registered retirement savings plans.

Many Canadians need to take drastic action to avoid bringing their debt into retirement, he says. "If people don't focus on trying to get out of debt and retire debt-free, they're going to need a significant amount of money to finance their retirement."

Paying down debt carries no risk and in most cases attracts no fees, he says. Paying down a mortgage has the added benefit of turning debt directly into home equity.

Myron Knodel, tax and estate planning manager with Winnipeg-based Investors Group, takes a more moderate view on tackling debt. "You need to know what you owe, minimize the interest and have a plan to pay off that debt."

His first piece of advice is to add up exactly what you owe on credit cards, consumer loans, mortgages, car loans or to that brother-in-law shooting you dirty looks at family gatherings. From there determine the rate of interest being charged on each loan.

Consumers may be surprised to learn that interest rates on credit cards sponsored by a retailer could be as high as 30 per cent, while the rate charged on a line of credit is often in the single digits. "It's very important to know what rates you are paying because the spreads are huge," Mr. Knodel says.

Next, he says, talk to your financial institution about paying off all those loans with a "consolidation loan" or line of credit, starting with the highest-interest debt. Homeowners can often borrow near prime (currently 2.25 per cent) by establishing a secured line of credit against the equity in their houses.

If you have investments outside of a registered plan he suggests cashing them in to pay down consumer debt and then borrowing to reinvest. Unlike consumer debt, interest on investment loans can be written off. "You're really in the same position at the end of the day but the interest on this new debt is now deductible," he says.

It's important to note that interest on an investment loan is not deductible if it is invested in an RRSP - which brings up the contentious issue of borrowing to invest in an RRSP. The banks often push the idea as a way of generating interest from the loan for themselves as well as fees from the investment.

While it may be good for the bank, Mr. Knodel says, it could be dangerous for the undisciplined investor. "It's a good idea if you have a clear plan to repay that loan within a fairly short period of time." His advice is to put the tax return from the RRSP contribution toward paying off the loan.

How about cashing in tax-sheltered RRSP investments to pay down debt? Bad idea, he says. "Before doing something like that you need to factor not only the immediate cost of the tax you are attracting but also the long-term cost of what you are forfeiting down the road."

He says a better option is paying down debt with investments in a tax-free savings account because the funds can be removed tax-free and the contribution room will be replenished in the future.

Dale Jackson is a producer at Business News Network

Rise in Canadian household debt in the first half of 2009, CIBC Economics estimates. At the same time, personal disposable income fell by 0.2 per cent.

Portion of Canadians who plan to carry up to $100,000 of debt into retirement, says Investors Group.

Approximate interest rate charged by retail credit cards. At that rate, a $5,000 balance, compounded monthly, will accumulate interest of $1,600 after one year, $3,700 after two years and $6,470 after three years.

Proportion of Canadian credit-card holders who regularly pay interest on their monthly balances, according to Statistics Canada, July, 2009. 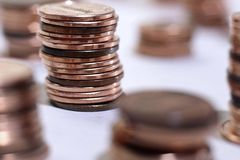 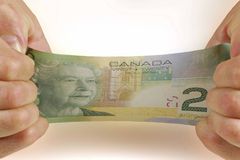