Whether it's a duplex, a cottage or a Florida getaway, a second property can be a rewarding investment over time. But if you're not careful, it can prove taxing as well. A little planning goes a long way.

The following are some common mistakes financial planners see in their practice, as well as some tips for minimizing the tax hit.

Say you have a $100,000 mortgage on your home and want another $200,000 for a down payment on a condo to rent out. Instead of raising the mortgage on your principal residence, take out a second mortgage from the same lender - at the same rate as the first - for the down payment. That way, the source and use of the money is crystal clear if and when the Canada Revenue Agency comes knocking.

The same applies for a line of credit. If the kitchens in both your home and rental property need renovating, take out two separate lines of credit, Mr. Baldwin says.

A windfall can also trip people up, he says. Say you inherit $300,000 or win the lottery and you want to buy an income property. If you already have a mortgage of roughly the same amount on your principal residence, rather than using the windfall to buy the rental, pay off your mortgage instead, Mr. Baldwin says. Then borrow the money to buy the rental property, making the interest deductible against income.

After decades of bringing pleasure to a family, the waterfront cottage can end up as a great source of strife if you don't plan properly for the capital gains tax that will be payable when you die (assuming it is not your principal residence).

Say you bought a cottage for $25,000 that is now worth $1-million. Your heirs will be facing a $975,000 capital gain on which the tax hit will be about 23 per cent, says Ted Rechtshaffen, president and chief executive officer of TriDelta Financial in Toronto. If one or another of your children is unable or unwilling to kick in their share of the tax, the others may be forced to sell against their wishes, he says.

Mr. Rechtshaffen offers two possible solutions: permanent life insurance to cover the capital gains tax, or selling the cottage to the children earlier on while the price gain is still manageable.

In the latter case, say your $25,000 cottage has risen in value to $300,000 by the time you retire, and your income is lower because you are no longer working. The capital gain at that point would be $275,000, and if you and your spouse are joint owners, you can split the tax bill evenly.

"You can actually plan out when you're going to take the capital gains hit," Mr. Rechtshaffen says.

Condo in the U.S. Sunbelt

Don't expect to rent out your Florida condo for a month or two and deduct a year's worth of interest and other expenses, Mr. Baldwin cautions. The CRA requires that the expenses be pro-rated, allowing you to deduct them only for those months when income was earned. And don't try to deduct the cost of your flight down there for tax purposes.

If you earn income in the United States, it is to your advantage to file a tax return on a net rental basis with the U.S. Internal Revenue Service, says Terry Ritchie, financial planner at Transition Financial Advisers in Calgary and co-author of The Canadian Snowbird in America. If you don't file, you will have to pay a 30 per cent withholding tax to the IRS on your gross rents.

When it comes time to sell, the IRS withholds 10 per cent of gross proceeds if the amount is more than $300,000, or if you do not use the property more than half of the time as a principal residence. This amount can exceed any capital gains tax you might have to pay, Mr. Ritchie notes.

In this case, you can file Form 8288B with the IRS requesting that the agency lower the withholding tax to the amount of capital gains tax actually payable, he says.

As well, the IRS requires that you depreciate a U.S. rental property, which could result in a higher capital gain when you eventually sell because the depreciation lowers the cost base of the property. The good news: Canadians can claim a foreign tax credit on their filing with the Canada Revenue Agency for any taxes paid in the United States.

But perhaps the biggest mistake some people make with rental property is not tax-related at all, Mr. Baldwin says. Being a landlord can be far more difficult than many people anticipate, especially when it comes to dealing with problem tenants.

"The biggest mistake is thinking it is going to be an easy skate." 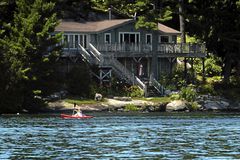 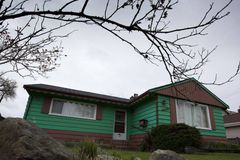 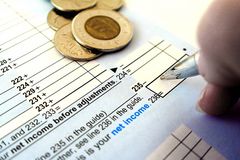 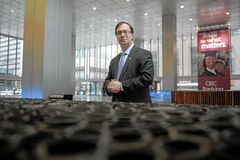 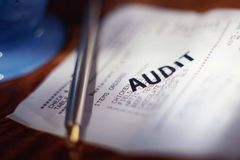