It's true. I'm a Toronto Maple Leafs fan. Go ahead and chuckle. My kids will tell you I bleed blue and white. My son, Win, has different loyalties when it comes to hockey. He likes the Canucks. He'll come to his senses one day. "Dad, if I was Brian Burke I would trade the entire Leaf's offence - minus Phil Kessel - for two composite sticks and a bunch of pucks, " he often says.

That got me thinking: What would be the tax implications of trading Lee Stempniak for a Bauer One-Ninety stick? The truth is, the Canada Revenue Agency (CRA) has put its mind to this issue (well, issues like it) and made some comments about barter transactions.

What exactly is bartering anyway? Very simply, it's the act of two parties trading by exchanging goods and services with each other. It's easier than ever to barter with other parties. All you have to do is go online and search the Internet for websites that facilitate trading with others who might want the goods or services you can provide. There are even barter clubs where members earn credits (like dollars) for providing goods and services, and where those credits can be exchanged for goods or services offered by others. These credits become a medium of exchange possessing a notional monetary unit value.

So, there's going to be a tax implication when you barter. CRA's view is that giving up a good or providing a service as part of a barter transaction should be treated as though you have received a payment for that good or service you've given away. What's the value of this "payment" that you are deemed to have received? It's the fair market value of the good or service you've provided to the other party.

Now, does all of this mean that you'll face some tax if you give your cousin Harold your Toronto Maple Leaf hockey jersey in exchange for his Bobby Orr rookie hockey card? Not quite. You see, barter transactions are only taxable when the goods or services you're giving up are of the kind generally provided by you in the course of earning income from a business or a profession carried on by you. An example would include a dentist or a plumber who agrees to fix someone's teeth or drains, respectively, in return for services or property provided by the other party.

If you're an employee (a mechanic, for example) who provides help once in a while to a friend or neighbour in exchange for something, you won't face tax unless you make a regular habit of providing these services for cash or barter. And if you're a dentist who agrees to fix someone's drain, or a plumber who agrees to pull someone's teeth (not your usual business) in exchange for something, you should avoid the tax net (unless you regularly do these things for cash or barter).

Finally, the amount to report as income could be reported as a capital gain, or business income, depending on how you would have reported the profit had you received cash in the transaction instead. And the cost of the goods or services you provide can be deducted when calculating the tax owing on the transaction.

If you're a member of a barter exchange and you receive credits for goods or services you provide, there's an argument, based on the court case Linett v. MNR (1985) that the value of your barter credits (and hence the amount on which you pay tax) should be less than one dollar for each one dollar credit in your account because there are limitations to the credits that make them less attractive than real dollars.

How markets and currencies work
January 19, 2010 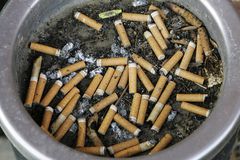 Have I got a deal for you
January 26, 2009
Slings and arrows of outrageous misfortune
April 6, 2009
Follow us on Twitter @globemoney Opens in a new window
Report an error Editorial code of conduct
Due to technical reasons, we have temporarily removed commenting from our articles. We hope to have this fixed soon. Thank you for your patience. If you are looking to give feedback on our new site, please send it along to feedback@globeandmail.com. If you want to write a letter to the editor, please forward to letters@globeandmail.com.
Comments