Canadian homeowners are not putting their minds to reducing their levels of debt, even though most say they aspire to being debt-free, according to a consumer debt survey conducted by Manulife Bank.

Three in every four homeowners say that becoming or being debt-free is their highest financial priority, or close to their highest priority. That 75 per cent figure holds true (with only slight variation) across all age groups surveyed, and is six percentage points higher than the previous quarter.

Yet only about one in three Canadians in all age groups have spoken to a financial advisor in the past year about their debt and day-to-day finances, the survey found.

"People want to be debt-free but they're struggling to get there," says Alex Lucas, Assistant Vice-President, Product and Marketing, Manulife Bank & Trust. "They don't necessarily have a plan to get there." Forty-eight per cent had reduced their personal debt over the last 12 months, down from the 57 percent who could cite that achievement in the previous quarter.

Only five per cent said that becoming or being debt-free is not a financial priority, in the online survey of 1,000 Canadian homeowners ages 30 to 59 with household income of more than $50,000, conducted between July 25 and August 6, 2011.

The apparent lack of resolve and planning are big problems for Canadians raising families because the interest payments limit their ability to reach many other objectives, says Mr. Lucas.

"The downside of carrying so much debt is having less cash flow. When you don't maximize your cash flow or have a plan to reduce your debt, it limits over the long term the dollars that you have available for other goals like retirement."

Lack of knowledge is part of the problem, the survey suggests. Canadians aged 30 to 39 may be at risk because one in three is not aware that interest rates are relatively low compared to historical norms, the survey found. As a result, they may be taking on more debt than they could comfortably carry, if interest rates were to rise. "They have only experienced the low interest rate environment, and there's a risk there that if interest rates ever go back to more normal levels it would cause some stress," says Mr. Lucas.

There were other gaps in Canadians' knowledge about debt. Most Canadians in all age groups don't know what types of loan payments are tax-deductible – payments on non-registered investment loans. Two in every three homeowners don't know how large a mortgage they could take out on a $200,000 home without being required to buy mortgage insurance – $160,000.

Canadians overwhelmingly realize that credit card debt is the most expensive to carry, the survey found. And most Canadians 40 to 59 do know that interest rates today are relatively low.

At least as important as the gaps in knowledge is "the lack of attention and time that people put toward debt reduction as part of their financial plan," says Mr. Lucas.

The gap between the expectation of becoming debt-free and the reality is a large one. Among Canadians aged 30 to 39, 55 per cent expect to be debt-free by age 50. Yet only 17 per cent in the 50 to 59 age group report being debt-free.

Canadians are not paying more attention to debt because "it's not as exciting to think about or talk about as investing and building money for retirement," says Mr. Lucas. And the financial services industry can do more by "focusing on integrating banking into financial plans. Typically, you obtain your loans and banking products from one person, and you do your financial planning with somebody else." He suggests that people talk to a financial advisor and make banking a part of their financial plan. 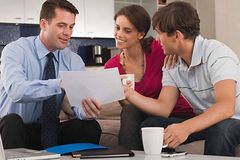 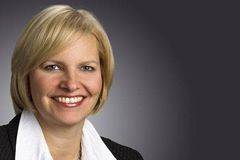 Complete protection for families
May 25, 2012 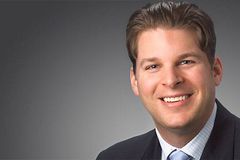 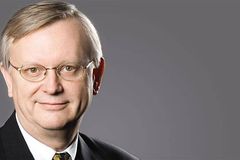 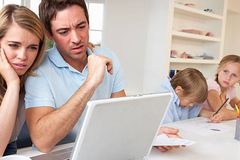