Malcolm Hann has always considered himself "something of an aggressive investor." But eight years of tumultuous markets and low interest rates since he retired from his job as a materials manager at a Toronto electronics company have taken away much of his appetite for risk.

Anticipating decades of life ahead, given longevity in his family, Mr. Hann, 68, wants to be certain that his retirement savings and the income he gets from them will last.

Last December, he transferred a portion of his registered funds into a guaranteed minimum withdrawal benefit plan, representing 30 per cent of the nest egg that he and his wife, Pamela, have amassed between them. The plan provides an average return of 5 per cent and allows him access to the capital if he wants.

"I'm at the stage in my life where I don't need the excitement that you might get from rolling the dice," Mr. Hann explains. "I wanted something that would assure me that I'm going to get to the end of my life with reasonable funds coming in."

Such guaranteed income products and annuities are increasingly attractive to retirees who want to insure at least a portion of their retirement income in today's low-interest, volatile environment and are looking for some certainty that they'll have the money they need for the rest of their lives.

"It's attractive for people to take risk off the table," says Tina Tehranchian, a certified financial planner and branch manager at Assante Capital Management Ltd. in Richmond Hill, Ont., who is Mr. Hann's financial adviser.

The "certainty of income" available with such plans come with a price, she notes – for example, higher management fees and structures that can end up locking up capital, even leaving the retiree with nothing to pass on to his or her heirs. But they insure against the disastrous effect that poor returns can have on a portfolio, especially as retirees start to withdraw funds.

"If you run into a few bad years at the beginning, that can be devastating," she says.

A guaranteed plan "is basically buying a pension," Ms. Tehranchian explains. "There's no down years …but you pay for that guarantee."

The most common guaranteed plan is a life annuity, which offers the highest income stream but is locked in and leaves nothing to the estate upon death. Annuities can come with indexing or insurance that allows the balance of the funds in the plan to be left to heirs, although yields with such set-ups are less.

Guaranteed minimum withdrawal benefit plans, based on segregated funds, come with higher management expense ratios, although the investor has access to the principal at any time, based on the current market value, and the funds have the potential for growth. The balance of the funds are available to the estate when the plan holder dies.

Howard Kabot, vice-president of financial planning at Royal Bank of Canada Wealth Management, says that insurance-based guaranteed income retirement products are getting more attention as the first baby boomers have hit retirement and the focus turns to "decumulation" and the issue of whether people have enough funds to last, particularly given recent market corrections.

"That is a different mindset and a new approach to how money is being managed," he says.

Annuities can offer "some comfort" but represent a loss of flexibility, he says, and they are also less likely to pay well in today's low-interest environment.

The key is to "lock down the fixed expenses in retirement," he says. "The dollars need to be crunched and the expectations need to be managed."

Covering off fixed retirement expenses such as rent, taxes, utilities and insurance through an annuity is a good strategy, he says. Funds can still be available for discretionary expenses, and even those additional funds can be further annuitized at any time, he says, allowing the retiree to put more into the annuity if he or she feels a need to guarantee more income.

Mr. Hann says that retirees are concerned about giving up control of their retirement funds. "You don't have your fingers in the pie," he says, adding that he initially didn't like the idea of locking his funds into a guaranteed plan. "I didn't want to give away the opportunity for the upside if there was a market improvement."

But he got scared as the market volatility continued, he says. He opted for a guaranteed minimum withdrawal benefit plan when he realized he could put just a portion of his funds there, generating enough each year to cover all of his fixed expenses. "I can then plan my lifestyle around that."

He also preferred the plan over an annuity because he still has access to the principal if "the market really takes off" and he wants to do something else with it. He can also opt to put more in, and his returns will increase if the markets improve. The fees for the plan, while a couple of percentage points higher than other investments, still give him a return that's much better than putting the money into bonds or GICs. He expects to earn 4 to 9 per cent a year, with an average yield of 5 per cent, while "you're lucky if you can get 2-1/2 per cent with a GIC."

Ms. Tehranchian says that fewer companies are offering guaranteed minimum withdrawal benefit plans, because of their exposure to the markets. The plans, as well as annuities, are marketed by major insurance companies. She suggests that retirees and those approaching retirement figure out what they truly need to generate based on their fixed costs and see what sort of plan might work for at least a part of their funds.

Mr. Hann's biggest concern now is that the plan's payout ends when he turns 100, and he might outlive it. "My thought is I'm going to make at least 100," he says. 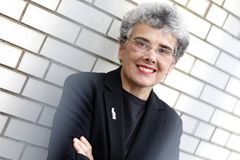 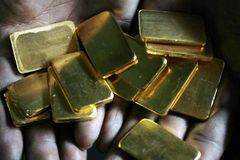 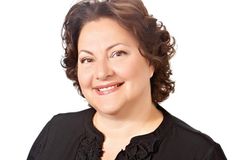 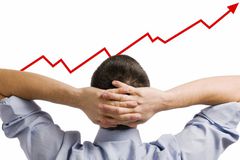 Mutual funds have their place in a portfolio
January 6, 2012 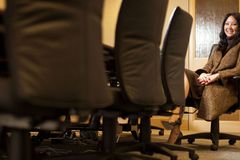