The hungry lunch crowd at the Thundering Thelma food truck in downtown Toronto has some unusual fare to choose from. On any given day they might find owner Zane Caplansky and his crew serving up maple-bacon doughnuts, deep-fried peanut-butter-and-jelly sandwiches or hot dogs stuffed with brisket and wrapped in bacon.

Now they can also pay for their meals in a unique way, over a smartphone equipped with an application that allows their credit card information to be swiped, keyed in or photographed. They can also transfer money directly from their PayPal accounts to Mr. Caplansky.

The new PayPal Here service, which is being piloted in his truck and a handful of mobile businesses in Canada, the United States, Australia and Hong Kong, is giving customers a chance to forgo physical cash and conventional wallets altogether.

"Being able to use a phone for a purchase on the spot is something people have wanted for years now," says Mr. Caplansky, who also owns a deli in Toronto, where he hopes that such digital payments will soon happen as well. "It makes our life easier – it makes everybody's life easier."

PayPal Here is among a number of early forays into the smartphone-based digital wallet being planned or tested in Canada by mobile network operators, phone makers, financial institutions and payment companies. Long expected and already available in parts of Asia, such transactions have been relatively slow to happen here.

Factors behind the slow uptake are the lack of available hardware, the need for a change in consumer behaviour and a failure of co-ordination by players in the field, says Krista Napier, a senior analyst in mobility for IDC Canada, a technology market research and consulting firm in Toronto. But she says all of that is beginning to change.

Recent studies by IDC show that 44 per cent of Canadians use a smartphone – indeed, smartphones outnumber simple "feature phones," for example. And by 2015, there will be more mobile devices in the market than desktop and laptop computers combined, IDC predicts. Meanwhile, 75 per cent of Canadian smartphone users have tried making some sort of purchase using their phones, which Ms. Napier calls reassuring.

"In order for mobile payments to work, you need to have people using phones, and preferably smartphones," she says. She predicts the presence of multiple technologies and "an omni-channel approach" to mobile commerce devices and processes in the next five to 10 years. "For it to really scale out and be a simplified, unified experience, you want them all to talk to one another and be integrated. … There isn't one right answer."

Envision a digital wallet platform in which credit card, debit card, banking and other information becomes part of the smartphone itself, enabling consumers to make point-of-sale purchases. For example, "contactless" or "tap-and-go" systems using near-field communication (NFC), now popular on specialty cards at some retailers, will let customers pay by waving their phone in front of a point-of-sale terminal. Transactions can also be completed by short message service (SMS) or by quick response, or QR, codes.

"There's a lot of people vying to be your wallet," says Darrell MacMullin, managing director of PayPal Canada. The key to the PayPal Here service, currently available for Apple iOS 4.0 phones and above, is to "make your wallet and money available to you any time, any where, in any way," he says.

The system is intended for mobile businesses such as caterers, trade show vendors and travelling service people, but is based on PayPal's wider principle of payments coming from your account "up in the cloud." Rather than store your payment credentials in a smartphone, therefore, you can connect to them.

Any "dumb access point," even a five-year-old point-of-sale terminal in a store, Mr. MacMullin says, can take money from your PayPal account seamlessly and securely, without sharing or storing financial information.

"We're going to be technology agnostic," he explains, which is especially helpful as platforms compete.

Derek Colfer, the business leader of global mobile product innovation for Visa Canada, says digital wallets must work in multiple environments and handle different types of transactions. He says a "chicken-and-egg dilemma" has inhibited development of NFC systems such as Visa's payWave, because so few smartphones have been NFC-enabled to date. Seven are on the market now.

Merchants and card issuers "need to get on board," he says, while the telecom companies and phone manufacturers continue to work out details such as exactly where your payment credentials will reside on the phone. One major hurdle for consumers is the security and safety factor, which makes trusted names such as Visa and PayPal important.

Consumers will likely have a range of choices in digital wallets, Mr. MacMullin says. He predicts a "slew of enhancements" to mobile payment systems in the next couple of years. He expects the true value of digital wallets will be their added functions and features, such as keeping track of or using prepaid gift cards, loyalty programs, coupons and rebates.

If consumers want to sample a digital wallet environment, PayPal has a phone app that can debit a prepaid account at Starbucks. Another at Home Depot stores in the United States uses your mobile phone number (and a PIN) as opposed to the phone itself.

Making the digital wallet useful, accessible and acceptable is the first – very big – step, Mr. MacMullin adds. "It really is a behaviour-changing mechanism."

Depositing cheques? Soon your smartphone can help with that
April 30, 2012 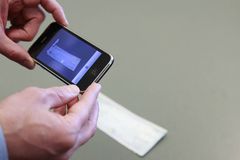 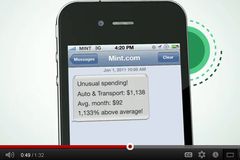 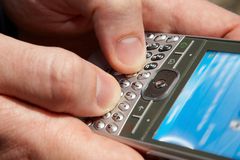