Steve might be the main breadwinner in this Vancouver couple's home, but Joanne, who works as a freelance communications consultant, is the banker and accountant. She's the one who makes sure the bills get paid on time and watches mortgage rates. An independent engineer who works on a contract basis, Steve has little interest in financial planning. And that can make for some heated discussions.

"Money is really the only subject that causes conflict for us," Joanne says. "I find he gets really ruffled when we talk about it. I don't mind dealing with the day-to-day issues, but I find the bigger picture overwhelming."

It doesn't help that the parents of two girls, aged 5 and 9, have opposing goals and desires.

She wants to invest in a rental property. He doesn't want to go into any further debt for a down payment. She wants to put more money aside for emergencies and retirement; he'd like to do renos.

They're both in their early 40s and want help organizing priorities while working toward a secure retirement.

"I feel like there are so many different things we want to do, but we really don't know where to start," Joanne says.

Both advisers said that Joanne and Steve need to address first things first: acquire sufficient life, disability and critical-illness insurance; and draw up wills and powers of attorney.

Until the couple's debt is gone and Steve's RRSP contribution limit is fully utilized on an annual basis – he has more than $200,000 in carry-over room – the couple should direct all of their annual savings to RRSPs that will provide Steve with the annual tax deduction.

"Utilizing both an RRSP for Steve and a spousal RRSP for Joanne will spread the RRSP balances equally between the two of them but direct all tax deductions to Steve," Mr. Plaskett says. "With Steve's income, this is where they will get the biggest bang for their buck."

The pair should then use tax refunds to max out their RESP contributions to take advantage of the maximum annual Canada education savings grant for each child.

Steve and Joanne need to come to a consensus regarding their aims and desires, Mr. Plaskett says. "What's needed here are clarity and perspective on what it is that they're currently on track for so that they can better prioritize their goals," he says.

Assuming a 6-per-cent net annualized growth rate on investments and a 3-per-cent inflation rate, the two should be debt-free by 60 and able to retire on a net, after-tax, inflation-adjusted income of approximately $65,000 at 65.

"If I take their net after-tax income now and subtract all of their debt payments, this leaves them with a personal cash flow – spending money net of debt – of approximately $82,500," Mr. Plaskett says. "Then, subtract from that their current annual savings into RRSPs, of $2,400, and you are left with an $80,000 after-tax lifestyle.

"They need to be aware that they are on track for a lifestyle of approximately 80 per cent of what they are used to today," he adds. "Assuming they live to age 90, they will only have the value of their home to leave to their beneficiaries."

And about that rental property? Skip it. "Until they have their foundation in place, they should not be venturing into the world of borrowing to invest in real estate. Managing a rental properly takes time, energy, and surplus resources, which they don't seem to have."

"It doesn't appear that there is a plan or discipline behind their current investment portfolio," Mr. Plaskett says. The pair's portfolio consists of 64-per-cent Canadian equity funds and nearly 30-per-cent balanced funds, as well as some foreign equity funds.

"Loading up on more of the flagship funds from popular fund companies doesn't make for a better portfolio," he notes. "Taking diversification to the extreme like this will worsen one's ability to take advantage of a good market or geographic region and simply encourages below-average performance. I would encourage Steve and Joanne to find one management company that follows an active, global investment approach through the use of ETFs [exchange-traded funds]. This will not only keep the costs of managing the portfolio to a minimum – and thus yield higher net returns – but will also bring an active, disciplined management approach to managing their assets."

"They need at least three to six months of monthly expenses set aside," Ms. Sherwood says. "They should invest in risk-free accessible investments such as money market funds or high-interest accounts for this." She recommends keeping some form of credit available until that emergency fund is established.

Ms. Sherwood says the couple needs to get a firm grasp on what's coming in and what's going out. "Consolidating debt is a good way to get control over it and work toward paying it down," she says. "However, if you're just freeing up more room for discretionary spending, it will just create more havoc."

She recommends setting up a total equity loan and having two mortgages: one for the existing $411,000 on the couple's current and manageable amortization period and another for $40,000 at a low rate but a shorter amortization period.

Like Mr. Plaskett, Ms. Sherwood says the couple should shelve the idea of buying a rental property, or doing renos for that matter. "Before either is contemplated, Steve and Joanne need to get their financial house in order. …They then need more control over their cash flow and debt management."

Given that neither Joanne nor Steve has a company pension, Ms. Sherwood emphasizes the need for the couple to contribute to the Canadian Pension Plan and to be saving for retirement via tax free savings accounts and RRSPs. However, she says the pair's investments don't seem all that carefully planned out.

"With mutual funds, I recommend people start with an asset allocation, or, in real terms, how much of your money should be in cash, bonds and stocks," she says. "Then break it down to how much in corporate and government bonds and how much in value, growth and small-cap stocks. Finally, how much of the portfolio should be invested in Canada, the U.S. and overseas.

"This portfolio seems to consist of a lot of Canadian funds that hold a lot of the same Canadian stocks, so there's not a lot of diversification," she adds. "This seems like an ad hoc approach." 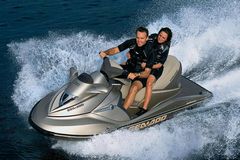 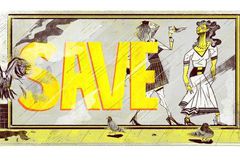 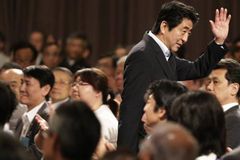