Richard Jenkins figures he tallied more than 100,000 frequent flyer miles in 2012, circling the globe searching for the best stocks – and that doesn't include ground travel.

It paid off. The Black Creek International Equity Fund he manages returned more than 30 per cent during the year, nearly doubling the average international equity fund and the benchmark MSCI EAFE Index.

You might think all those flights touched down in the booming economies of Asia but these days Richard Jenkins is landing on shakier ground in Europe or Japan.

"When you're managing a global portfolio you have to be flexible and willing to look in those areas or sectors that are experiencing trouble, and you think five to 10 years out they won't be," he says.

One of his prize catches last year was power-tool maker Makita, based in Japan. With only a small portion of its sales in Japan, it has managed to steamroll into fast-growing markets in the rest of Asia and South America, even grabbing part of the U.S. housing recovery. Makita shares increased by 65 per cent in 2012.

"What we can see is that if a company continues to grow its revenue, profits and cash over time, that should be reflected in the share price," Mr. Jenkins says.

He holds out Makita as one example of battered and bruised companies that have become market leaders by taking business from their competition – and there are few sectors more battered and bruised than European banks. Austria's Erste Group Bank avoided the banking crisis by focusing on less volatile countries such as Germany, Austria and the Czech Republic.

That didn't prevent bank-wary investors from bidding Erste Group Bank down to less than half its book value, at least until the European Central Bank threw its financial support behind the banking sector. "In September of last year, the ECB finally stepped in and said, 'We're going to provide loans,' and Erste Bank took off," he says. Between mid-September, 2012, and Jan. 9, 2013, Erste shares shot up 56 per cent.

Mr. Jenkins says he trimmed profits from some of the big advancers in his portfolio, such as Makita and Erste Group Bank, but still holds significant positions. In fact, selling is a bit of a rarity for him since he likes to hold a company for at least 10 years. "In these periods of very high volatility, if you can think long-term you can do quite well because you're willing to sell when people get excited and you're willing to buy when they're depressed."

He says his strategy is not changing in 2013 and, it seems, neither is his knack for finding trouble. He has high hopes for his stake in Royal Bank of Scotland, currently embroiled in an interest-rate-fixing scandal, and Carnival Corporation, parent company of Costa Cruises – owner of the ship Costa Concordia, which ran aground last year and remains on the rocks off the coast of Italy, and whose crippled Triumph ship arrived late Thursday in Alabama after being stranded for four days with overflowing toilets in the Gulf of Mexico. "You never know when the next problem is around the corner but those companies that have a leading position and are taking market share survive."

As international investors such as Mr. Jenkins focus on markets half a world away, they are leagues away from the typical Canadian investor, according to a recent poll by the Bank of Nova Scotia. It found only 28 per cent have investments outside Canada and only 16 per cent aged 18 to 34 invest beyond our borders.

"There's some work to be done," says ScotiaMcLeod senior wealth adviser Keir Clark, who has taken on the challenge of convincing home-bound investors that they are restricting themselves to only 3 per cent of publicly traded global equities. "You're ignoring 96 per cent of the world's investment opportunities."

He attributes the home bias to fear of the unknown and a misguided perception that Canadian equity markets are outperforming their international peers. That may have been the case in the first few years following the 2008 market meltdown but last year Canadian equities returned about 3 per cent, on average, compared with double-digit returns in the United States and internationally.

To make matters worse, Mr. Clark says, investors heavily leveraged toward Canada are disproportionately exposed to resource and financial stocks. "Seventy-five cents of every dollar is either in finance, mining or oil. It's even more treacherous than people perceive," he says.

Determining the proportion of global equities in a portfolio isn't easy. Mr. Clark says Canadian investors should have a certain degree of home bias because it is a market they likely know and understand. He uses an asset allocation model that matches the needs of the individual investor but says a typical portfolio would hold 40 per cent fixed income, 25 per cent Canadian equities and 35 per cent equities outside Canada.

The most popular way to invest outside Canada is through an actively managed mutual fund but Mr. Clark says a good financial adviser could reduce fees by investing directly or selecting exchange traded funds that track the indexes of specific countries or regions. "My personal preference is individual securities and ETFs," he says. "It's a function of cost and transparency."

One relatively safe and indirect way to get exposure to the fastest growing regions of the world, he adds, is through multinational corporations listed in the United States and other developed countries. "That's a great way to get to those markets; through the consumer who is using the products of Procter & Gamble or Johnson & Johnson." 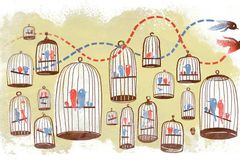 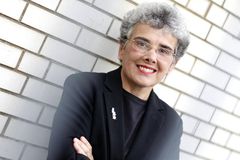 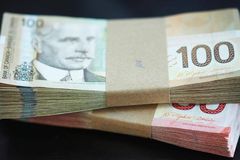 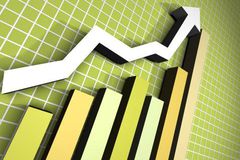 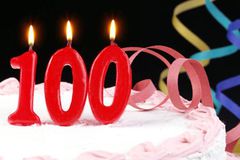