The spring before their oldest daughter started her second year of studies at Wilfrid Laurier University, Joe and Ileen Capone decided to buy a four-bedroom townhouse in Waterloo, the southwestern Ontario town where the university is located.

Their plan? Instead of paying for off-campus residence, the Capones intended to have their daughter live in the townhouse and rent the remaining bedrooms to other students. They'd save on their daughter's rent, make enough rental income to cover the mortgage and other house-related costs, and turn a profit when they sold the property after their daughter graduated.

"Over all, it was a very profitable experience," says Mr. Capone, who lives in Kleinburg, just north of Toronto. "We had enough rental income coming in to offset the monthly costs of the house, and at the same time we were building equity.

"We took a nice profit and used part of it to buy my daughter a car."

The Capones aren't the only ones to put such a strategy in play. Real estate and finance experts say many parents of children attending school away from home invest in student housing as a way of covering part of their kids' education costs while building equity.

Student accommodation takes up a significant chunk of postsecondary costs. According to a 2011 report by TD Economics, part of TD Canada Trust, the total cost of pursuing a degree today in an out-of-town university is about $84,000 – $29,000 more than the cost for students living at home.

Mike Milovick, the Waterloo real estate agent who helped the Capones buy their townhouse, says student housing investments account for about 20 per cent of his company's sales each year.

"The parents I'm dealing with know that, over the next four years, they're going to pay in the neighbourhood of $20,000 to $25,000 for some form of student accommodation," he says. "So if they can save that money and in turn make a profit, then it's a win-win."

In many cases, parents and their kids approach this strategy as a joint venture; mom and dad raise the downpayment and sign the mortgage while the student assumes the role of landlord, responsible for finding tenants, collecting rent and maintaining the property.

But like most money strategies, this one isn't necessarily a sure thing, Mr. Milovick says. That's why it's important for potential buyers to consider all the factors before entering the student housing market.

"How far is the house from the university? What's the health of the rental market in that city, and is the university a strong institution with a growing student population?" he asks. "Before you buy, look at CMHC [Canada Mortgage and Housing Corporation] rental market statistics for that area and check the university's off-campus rental office to get a sense of the market."

Bev Moir, a senior wealth adviser with Scotia McLeod, says would-be buyers should be prepared, financially and mentally, to deal with the risks of becoming a student landlord.

"I have colleagues who have done this and they've told me stories about the house ending up being so damaged and poorly maintained," she says.

Finding and keeping tenants can sometimes be difficult, says Dale Kerr, a writer in Sutton West, Ont., with a daughter studying at Lakehead University in Orillia, just 90 minutes north of Toronto.

Two years ago, when Ms. Kerr and her husband bought a four-bedroom house near Lakehead, they found three tenants and made a profit from the rental income. Their daughter, who lives in the house, used this extra cash to help pay for school costs.

Last year, the Kerrs had only two tenants, and this school year only one tenant has signed on.

"However, the way I look at it, we are still ahead, as we would otherwise have been paying at least $500 for a room and probably $200 per month for food," Ms. Kerr says. "Up until this year, we haven't had to pay for anything other than her tuition."

Brian Burlacoff, a Toronto-based financial adviser with Sun Life Financial Inc., says parents thinking of buying a house to shelter their out-of-town student should apply the same criteria they would use to decide on any type of real estate investment.

"Would you purchase this home or building if you were renting it solely to third-party individuals other than your child?" he says. "It's important to ask these questions because individuals applying this strategy typically hope to use it as a short-term strategy, where they sell in five to seven years hoping to make a profit."

Understanding the tax implications with a rental property is critical, Mr. Burlacoff says.

"The tax rules get extremely complex when you're dealing with a rental property," he says. "Make sure you talk to an accountant."

According to the country's laws, Canadians who sell their principal residence don't need to pay taxes on any profit, or capital gain, from the sale. But this exemption does not apply to rental properties, says Gary Booth, a Toronto chartered accountant.

"If you make a profit, you would be taxed on 50 per cent of the capital gain," he says. "If you have a loss, you can use that to reduce your tax liability and you can carry losses forward into future tax years."

"But the danger with taking the capital cost allowance is that, when you sell the property and make a profit, that depreciation claim will be recaptured," says Mark Stebbing, a certified management accountant and owner of Numbers Plus Ltd., an accounting firm in west Toronto.

And of course, there's also no guarantee that the house will have built a healthy level of equity come graduation, Ms. Moir says.

"The real estate market has had such a good run in Canada, but it's still a risk," she says. "Anybody contemplating this should go in with their eyes wide open, and be prepared for the good and the bad."

For the Capones, the experience has been good all the way. Mr. Capone says he intends to buy another student rental property, this time for his younger daughter, who is starting her studies at Waterloo University. 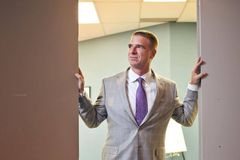 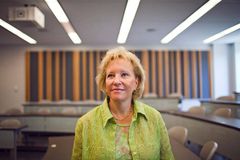 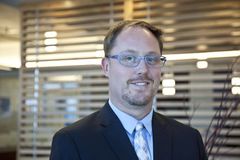 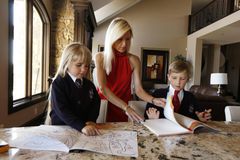 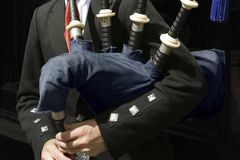