You've set up business as a consultant or contractor. In your first year, you do well, showing an income of $150,000. How much can you legitimately write off? Are there plenty of deductions and credits?

Cleo Hamel, a senior tax analyst at H&R Block in Calgary, says it can be a difficult transition from the simplicity of receiving a yearly T4 to having to gather your tax information yourself.

"When you're self-employed, you have to get into the record-keeping mindset," she says. "So the first thing you need to do is establish a means of keeping track of the money that is coming in and the money that is going out."

Decide how you are going to record your business income and expenses, whether it's by spreadsheet, accounting software or old-fashioned pen and paper, Ms. Hamel says. Then get in the habit of keeping receipts and recording expenses in the appropriate categories.

"I've seen clients who don't categorize [their expenses] correctly, or they say, 'I just throw them all into this column,' without really trying to differentiate. Is it a supply? Is it postage? Cellphone costs?"

"The rule is: Don't put things into 'miscellaneous.' That is one thing the CRA [Canada Revenue Agency] doesn't like, and they will scrutinize."

In terms of deductions, Ms. Hamel suggests taking a look at the T-2125 form, the statement of business activities (available on the CRA website at http://www.cra-arc.gc.ca/E/pbg/tf/t2125/ ).

This form outlines the kinds of deductions that can be claimed. The list is long and includes advertising, meals and entertainment, insurance, business licences, office supplies, phone costs, legal or accounting fees, travel costs and much more.

There are two deductions that tend to be the most contentious, Ms. Hamel says. "Where things get a little interesting and people forget to pay attention is if they're using their vehicle [for work] or they have a home office," she says. "The CRA does occasionally review, and the two key elements that they review most often is home offices and automobile, especially because they're more discretionary."

When it comes to automobile expenses, for example, you can claim registration, repairs, oil changes, gas. But it's important you keep a log of the kilometres you are travelling for business on a daily basis, Ms. Hamel says, because you may need to prove how frequently you use your car for business.

"If you have children and you're taking them to school and soccer practice, chances are you're not using it 100 per cent [for work]," she adds.

Ms. Hamel says the same thing often happens with home office use. "If it really is a bedroom where you have an office set up with a computer and a phone line and your storage and bookshelf, that's fine. But you can't say it's your entire basement, when you've got a laundry room and the kids are in the rec room. People have tried that and the CRA has come back and said, 'I want a map of your house.'"

Christie Henderson, managing partner at Oakville, Ont., accounting firm Henderson Partners LLP, cautions that although you can write off the cost of equipment you've purchased for your business, such as office furniture, computers or photocopiers, you cannot always write off the piece of equipment's full value in one year.

"Because they have value for more than one year, they are assets," Ms. Henderson says. "The CRA is very specific with CCA [capital cost allowance] classes. For a computer, it happens to be a Class 55 asset and you can pretty much write the whole thing off over two years. Furniture and fixtures you write off over five years."

"People will not budget, they'll say, 'Oh, I spend $10,000 on equipment so I won't have to pay tax on that money,' but that's not the case. So make sure you have money left to pay your taxes."

The million-dollar question most self-employed people want to know is this: How much can I deduct without getting flagged?

"We're always asked, 'What's the magic number?'" Ms. Hamel says. "And it's hard to say, it depends on who's looking."

When in doubt, "be reasonable," she says.

"You have to consider that the CRA can look across the industry, they already have samples that they can look at, so they'll have a sense of a business that makes $150,000 in that particular industry, doing very similar services."

Consider your industry when it comes to claiming meals and entertainment expenses, Ms. Henderson adds.

"If you're a practising physician with $40,000 in entertainment [expenses], you're pretty much guaranteeing yourself a call from Canada Revenue," she said. "But someone who is maybe a lawyer or an accountant or a real estate salesperson who would be out there networking and trying to drum up new business, it's likely they would have more."

You also need to be prepared to prove those expenses were, in fact, related to business, Ms. Henderson says, in case you get audited. "CRA will say, 'Show me your [business] meals and entertainment receipts' and then they'll say, 'Now show me your personal receipts.' If you don't have any, you're dead.

"You're not required to keep your personal receipts, but if you've claimed 100 per cent of your meals on your credit card statement and the CRA sees that … it's going to be a tough one to win. And if you've got kiddie meals in there from McDonalds, you're sunk."

It's important to remember that deductions are "supposed to be based on reality," Ms. Henderson says.

"There really isn't a rule of thumb, but I'd look at it in relation to how much money you actually made, because in order for anything to be tax-deductible, it needs to be incurred to earn you income."

"I would think so," Ms. Henderson says, "unless you legitimately spent all your money on your business."

Ms. Henderson suggests anyone setting up a new business see a chartered accountant who knows the tax side because "their guidance will be worth every penny."

"If you're set up properly from the beginning, you know where you can deduct so you can plan and budget, what money you're going to spend on equipment and how quickly you can write it off," she says.

Whatever you do, she warns, don't spend any HST you've collected or payroll source deductions (if you have employees).

"You're acting as an agent of the CRA and collecting those funds, so those funds are never yours, and the CRA doesn't have a sense of humour about that at all," she said. "You definitely want to keep your nose clean and remit your HST and if you have any employees, you never, ever, ever spend their source deductions. There are massive penalties and it won't go well for you." 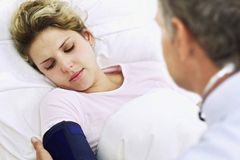 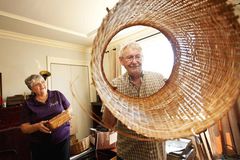 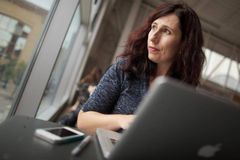 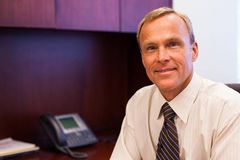 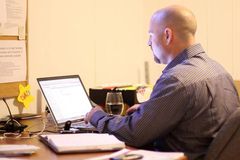