It's easy to understand the lure of the cottage – the water, the sunshine, the good times with family and friends. Whether a cottage is rustic or replete with all the toys, what's not to love about that lifestyle? For many, it's the price tag.

That doesn't just mean the cost of the cottage, although the prices of luxury properties in areas such as Ontario's Muskoka region or B.C.'s Okanagan Valley can run into the millions of dollars, with even a standard waterfront property in these two areas costing in the range of $400,000 to $600,000, according to the 2012 Royal LePage Recreation Property Report.

But personal finance experts say the price of a cottage or cabin is just the beginning. It's the cost of maintaining the property that can really add up.

"People don't think of these things – they just jump in with their emotions," says Laura Parsons, a Calgary-based mortgage expert with the Bank of Montreal. "They say, 'Look at it, it's so beautiful. And it's a great price.'"

Adds Jodi Trojan, manager of the Meridian Credit Union branch in Barrie, Ont., considered a gateway to cottage country: "I think one of the biggest mistakes people looking to buy a cottage make is underestimating the cost to maintain the cottage."

The first rule of thumb for the would-be cottage owner, Ms. Trojan says, is the 32-per-cent guideline – the combination of mortgages, property taxes and utilities for all the properties you own should not exceed 32 per cent of your gross income. Financial institutions call this your GDSR, or gross debt servicing ratio.

"If you're already stretched with your house," Ms. Trojan says, "you really need to sit back and look at your finances and ask whether you can afford to own another property."

She adds that most people's largest investment is their home, which is real estate. If they then buy a cottage, "it's probably their second-largest investment and it's also real estate – and the No. 1 rule in investing is to diversify. So it's putting all your eggs in one basket, really."

If you decide you can afford to buy, there's a good chance that the mortgage you get won't be a conventional one. For many recreational properties, financial institutions offer collateral mortgages, with rates more in line with loans than with traditional mortgages and shorter amortizations.

Ms. Parsons says the bank would likely ask for collateral rates if the vacation home is on leased land, is in a remote location or isn't serviced by roads or hydro. Then there's the cottage itself – if you choose to build a million-dollar cottage in the middle of nowhere, she says, look for the loan-to-value to be reduced. In the case of leased land, which she says is common in Ontario and Alberta, the amortization has to be five years less than whatever the lease is.

Warren Baldwin, regional vice-president of T.E. Wealth in Toronto, says financing for cottages generally costs more because they are much less liquid. "Just try and ask anybody who tried to sell a cottage in the past," he says.

Purchases of recreational property, he says, are by their nature discretionary – the properties are seasonal; if interest rates go up, people aren't so willing to buy; even high gas prices can influence the decision to purchase.

Mr. Baldwin's advice to clients who want to buy cottages is, if at all possible, get your financing from your city property – "on your house that's more liquid, easier to finance and might even have a bigger value."

Mr. Baldwin also says buyers might be reticent to take money out of their investments to pay for the cottage, but that often is the right thing to do. "If they say, 'I'm going to borrow the $350,000 and I'm going to put the money back into my investments,' guess what? The interest is tax-deductible."

Once you buy a cottage, Mr. Baldwin says, there's another important decision to be made for people who own two or more properties: Which is going to be your principal residence? One family can have only one principal residence that is exempt from the capital-gains tax when you sell – so which you choose can have a huge financial impact. (In Ontario, if you make more than $130,000 of income, you are taxed for capital gain at a rate of 46 per cent.)

Ms. Parsons of BMO says the cost of buying cottages or cabins can be higher than a city home in other ways, as well – land-transfer taxes can vary wildly, appraisals can cost more because there may not be someone in the vicinity who's an expert and you may have to call someone in from a nearby city, and the bank may have trouble getting "comparables" – examples of other sales in the area that help the financial institution determine what the property is really worth.

That's all before you take ownership. After that, Ms. Trojan says, there are the maintenance costs – taxes, insurance, utilities and possible renovations.

In fact, she says, maintenance costs for a cottage can often be higher than those for your home. Things that go wrong – a burst pipe, a leaky roof – often don't get noticed right away because owners aren't in the cottage on a daily basis. And families who put aside money for repairs for their home don't always do so for their cottage, so suddenly there's a $5,000 roof repair and no money saved to pay for it.

There's also the fact that you need a second set of everything – kitchen utensils, tools and supplies – at the cottage, not to mention the cost of "the toys – the boats, the wakeboards, the jets skis or whatever," Ms. Trojan says. "That's another huge expense to consider."

Mr. Baldwin says that cottage owners doing any work on their property should keep every receipt and make a note of any work done.

"This is a classic mistake," he says. "I cannot tell you a single cottage owner where I met them and found that they were right on top of this, keeping track of what they spent on the property."

The reason to do so, he says, is that capital improvements on a property – when you put in a new dock or build a new boathouse – can be factored in when you work out the tax on capital gain. "So keep the paper."

The final consideration that all three experts mentioned may not appear to be a financial one, but it's imperative in making a decision about whether to buy: Will you actually use the cottage?

That said, families make it work, both financially and socially. And in return, they luxuriate in the cottage lifestyle and all that comes with it – the water, the sunshine, the good times with family and friends.

What to do when calamity hits your vacation
June 1, 2012 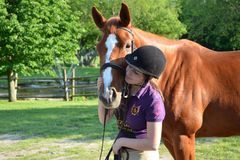 Save in advance for your vacation to eliminate stress
June 4, 2012 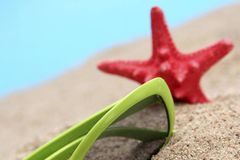 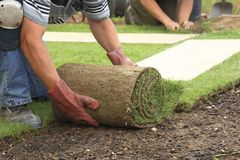