When Kylene Channer, an insurance adviser with Zavitz Insurance in London, Ont., peruses her client list, she could be looking in the mirror. Ms. Channer is 25 years old, graduated from school a few years ago, just bought a house and will be getting married soon. Nearly all of her customers fit that same demographic, her oldest having blown out only 35 birthday candles so far.

Ms. Channer, formerly a licensed investment adviser who decided recently to focus on insurance, says helping younger people invest their money and plan for the future just made sense for her. They're her natural market since that's who she socializes with. She understands where they're coming from.

Only one problem: Debt.

"Not many of them have lots to invest. Obviously paying down their school loans is the first priority," she says.

It's a classic Catch-22. Young people, who are just starting to learn the realities of compound interest, index funds and registered retirement savings plans, need the most investment and financial advice. But they're also the ones least able to pay for it. If they've managed to amass any money at all, the amount is usually modest. Is it any wonder then that many investment advisers overlook this demographic in favour of older, more established clients with thicker wallets?

It's easy to see why they would be tempted to go that route, says Ermanno Pascutto, executive director of the Canadian Foundation for Advancement of Investor Rights in Toronto, which lobbies on behalf of investors.

"Today, if you go see a mutual fund adviser and you have $250,000 to invest, you're talking about someone making $12,500 in fees just for selling mutual funds. It's a sales game," he explains.

Still, Greg Pollock, president and chief executive of Advocis, the Financial Advisors Association of Canada, says it's a misconception among consumers that they need a high level of assets before engaging a financial adviser for investing advice. While some advisers certainly target high net worth clients, others are just happy for the work. Over the past few years, he says the association has done research and discovered that the average size of assets under an adviser's management in Canada is about $70,000.

"It's not $700,000 or $7-million. It's $70,000 and that includes everyone, even the folks who have huge, multi-million portfolios," Mr. Pollock says. "There are many advisers out there who are working with Main Street Canadians."

So what are the advisers themselves actually thinking when it comes to deciding whether younger clients with fewer dollars are worth taking on? When you walk through their door, how do they size you up? Here's what some have to say about the upside and downside of working with older customers versus financial newbies just starting out.

It's the money, obviously, says Stefano Arena, a certified financial planner with Sun Life Financial in Holland Landing, Ont., who works with anyone from twenty-somethings just out of university to multimillionaires. But investor clients who have been around the block (and lived through boom and bust cycles) have something else going for them too: patience and loyalty.

"It's a pretty steady-eddy game when it comes to the older crowd," he says. "They're like St. Bernards. Once they start with you they stay with you."

That's not to say mature clients are always the best fit or the easiest ones to work with, however. Mr. Arena admits that they can be headstrong, unwilling to take many risks with their portfolios and focus too acutely on guaranteed products that offer lower returns.

They're also less likely to refer friends, colleagues and family, says Jeanette Brox, a certified financial planner at Investors Group in North York, Ont., who has been in the business for 21 years.

"Younger people are more inclined to share information. Older people are less likely to recommend you even when they're happy with you. They're more cautious and worry about how that referral will reflect on them," she says.

All work and no cash. That's the way Clay Gillespie, financial adviser, portfolio manager and managing director with Rogers Group Financial in Vancouver, describes advising the younger investor set. Mr. Gillespie, who has been with the company for more than 20 years, specializes in working with high-net-worth clients whose investments pay out more in commission.

"The problem with young people is that they don't tend to have a lot of money," he says. "There's no commission to be had early and quite frankly, that's when the planning is much more extensive."

The trick when you're young and just starting to make good money, he says, is to pay for a comprehensive financial plan from somebody who doesn't necessarily expect you to invest with them some day soon. By paying anywhere from $500 to $2,000 for the plan, the adviser could be less tempted to make back the money by putting you in an investment with a higher commission payout.

"For someone who is a high net worth client, that $500 is not much of a fee. It's probably lower than their car payment for the month," he says.

On the flipside, younger clients tend to have a more open mind when it comes to finding newer vehicles to invest in. Partly that comes from the fact they're more savvy when it comes to online research, but it may also have something to do with who's giving them guidance.

"A lot of times young people won't take advice from their parents, but they'll turn around and take it from me. Is it because I'm cool? No. It's because I'm not their mother," Ms. Brox says.

Perhaps the biggest advantage of snapping up young people and working with them now is not so much about the funds they have today, but who they'll turn into in the future, Ms. Channer says.

"Eventually they're going to become the high net worth clients other people will be looking for – but hopefully they'll already be mine," she says.

"We could talk dollar amounts, but what I'm looking for is someone who is interested in building their financial well-being."

"Dealing with young people is not for the faint of heart. They jump all over the map. Their horizons are different. Long-term planning for them is two years. A year is a long time to hold an investment."

"The way I see it, I treat the janitor the same way as I would treat the judge. That young person could be anybody one day."

"Investing early obviously makes sense because they have a longer time horizon for their investments. But at the same time, younger people are trying to pay down their debts and want to buy a home." 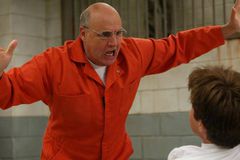 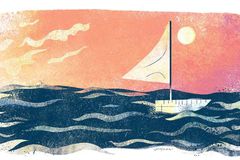 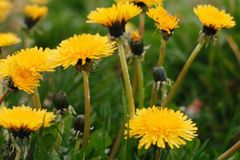 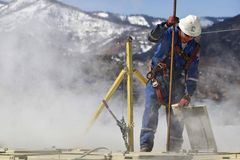 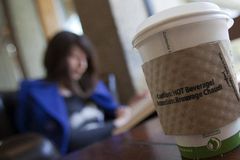