Thinking of breaking off a relationship with a financial adviser? Found yourself in an investment that's suspect or unexpectedly underperforming? Missing the big picture that should be at the core of your financial plan?

Protecting yourself against bad investment and planning advice is critical at a time of narrow margins and in an era of increased awareness of investment fraud, says Cary List, president and chief executive officer of the Financial Planning Standards Council (FPSC), a not-for-profit organization that sets professional standards for financial planners.

He says that Canadians need to be more literate when it comes to hiring advisers, and to remain vigilant in terms of investments and especially determining their overall planning goals.

"There are great myths and misconceptions," Mr. List says. "The risks go down the more you inform yourself."

Knowing where to turn to and what to do if you're getting bad advice is important, especially as financial advice-giving and planning is "largely unregulated" in Canada, he says. There is a lack of understanding among consumers about the role of financial planners and advisers and inconsistency in terms of what to expect from them, which can potentially lead to a "bad match" when someone is engaged.

A recent study by the FPSC found that most investors operate on blind trust when it comes to getting guidance in their financial affairs. The research showed that Canadians are misinformed about the qualifications and ethical obligations of advisers. For example, 70 per cent thought that individuals must be licensed to call themselves financial planners, while there are no national standards or oversight required to use that title.

"As a consumer, understanding what the marketplace is and who these people are is a very, very important part of making sure you protect yourself against bad advice," Mr. List says.

Choosing the right relationship with a reliable adviser who meets your needs up front is critical. Performing due diligence includes interviewing potential candidates, asking for and verifying their qualifications and credentials as well as understanding how they get compensated.

"It seems so obvious a thing to do, yet people don't do it," Mr. List says. "Human nature is we want to trust people."

Don't just look at one individual but be prepared to look at several. Find out about their opinions and approach, he says, and ask yourself "are they just responding with a sales job?" Choose someone who gives advice rather than sells financial products. "You need to put financial plans in place before you jump to investment decisions."

Look at the global picture, he says – for example your mortgage, whether you have credit card debt and if you should invest in an education savings plan. Figure out your short, medium and long-term goals. Recognize that your needs change over time.

"It's not just your portfolio," he explains. "You may be getting reasonable investment advice, but in the absence of knowing the big picture, it may be entirely inappropriate."

Think you're being steered wrong? Mr. List says that "there are lots of situations that arise where people get lousy advice and they're in the wrong investments."

However, he cautions that at a time of great volatility, getting poor returns can simply reflect the current conditions and mean "the markets have not lived up to expectations." If your portfolio is taking a beating, therefore, don't forget to look at what's happening in the marketplace in general.

In such situations, it can help to get an independent assessment, as opposed to asking "the person who put you there in the first place."

What level of financial vigilance is needed "is the holy grail question," Mr. List says, suggesting that investors not look at their holdings every day. "Don't overreact, but be prudent."

With each investment or product that's recommended, he says, "understand what you're getting yourself into." For example, when he was advised to get involved in an investment that was "outside of my comfort zone," he asked for additional background and research, for example the principles involved in it. "I needed that extra set of checks and balances."

If you think your relationship with a financial adviser isn't working, get a second opinion, and a third or fourth if necessary. And don't be shy when it comes to talking about money, he says, which can be "a bit of a taboo subject," leaving you feeling alone and making it tough to know where to turn.

"Ask colleagues, friends, relatives, people you're comfortable with," he says. "It's a place to start."

Another adviser should gladly review your plan and portfolio and offer an honest opinion of the situation you're in, much like any other type of professional such as a doctor, he says. "All you can do is mitigate the risk of damage."

Many investors who got into trouble with New York financier Bernie Madoff and Montreal money manager Earl Jones – both of whom Mr. List notes were "deliberately perpetrating fraud" – put their trust in someone who said he'd make them rich and then they "lost sight of reality."

Be circumspect, and in the case of possible fraud, he says, the old adage holds true: "If it looks too good to be true, it probably is."

If you have a grievance with an adviser who you feel might be dishonest or unethical, consider contacting bodies and organizations that might be able to help or at least steer you in the right direction, Mr. List adds. These include the FPSC as well as your provincial securities commission, the Investment Industry Regulatory Organization of Canada, the Mutual Fund Dealers Association of Canada and the Ombudsman for Banking Services and Investments.

Fleeced by Madoff, author comes out of financial fog
July 3, 2012 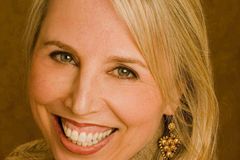 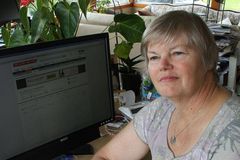 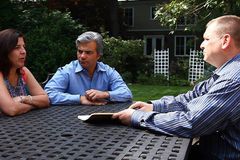