The hype was impossible to miss. On Nov. 7 Twitter made its stock market debut on the New York Stock Exchange. Amid blanket media coverage, more than 100 million shares changed hands in frenzied trading. At the end of the day Twitter's stock price closed up by 73 per cent.

To go along with the market's enthusiastic endorsement, much of the general public have become fans of Twitter's micro-blogging service – and are impressed with the innovation and explosive growth it has shown.

That combination has many individual investors wondering whether they should jump in and buy Twitter shares. Or if not Twitter, perhaps another technology stock is a smart choice for the future. The numbers bear it out – the NASDAQ Technology Index has sharply outperformed both the TSX composite index and the Standard & Poor's 500 since all markets fell sharply at the end of 2008.

But what technology stocks to buy? We asked several investment managers to recommend one tech stock as a long-term "buy and hold" for individual investors.

Don Lato is a veteran money manager who has recently started his own firm – Padlock Investment Management. For his "buy and hold" technology stock pick, Mr. Lato has chosen one of the industry's titans: Apple.

Apple trades for about $500 per share, and the company has the highest total market value in the world. But despite that, Mr. Lato says Apple is actually "cheap," since it trades at a reasonable 12 times its expected 2014 earnings. He also notes Apple is committed to paying a dividend. "Its yield is just 2.3 per cent now, but it wouldn't be a surprise to see that increase. They're also implementing a big stock buyback program."

One criticism of Apple is that its days of introducing revolutionary products ended with the death of company co-founder Steve Jobs. Mr. Lato says while Apple's most recent products haven't been revolutionary "they certainly have been evolutionary." He notes reviews still have Apple on top in phones and tablets, and he is excited by the potential of some new Apple features such as fingerprint identification. And he wouldn't rule out Apple surprising the pundits by coming up with new groundbreaking products.

The technology company picked by Patrick Blais is certainly known for groundbreaking products. He favours Google as a long-term buy.

Mr. Blais is a portfolio manager at Manulife Asset Management. Despite Google's success (and impressive stock market performance) he says the company is "underestimated."

"Everybody talks about Facebook and Twitter and their success attracting eyeballs," Mr. Blais says. "But the company that has been able to monetize and profit from online traffic is Google."

Mr. Blais notes Google was ahead of its peers in the shift to mobile – both through its Android operating system and applications that excel on mobile such as Google Maps. And he says there is huge potential in the integration of some of those applications – such as applying mobile location data to users' search results. What restaurant wouldn't pay a premium to put themselves at the top of the search list of mobile users nearby looking for dinner options?

The YouTube unit of Google is on the cusp of being monetized effectively, according to Mr. Blais. He sees companies increasingly devoting a portion of their advertising budgets to online video advertising, where YouTube is the dominant outlet.

Like Apple, investors may be wary of the high stock price of Google, but Mr. Blais says that is not a concern. "It's very rare to find a company growing revenue by more than 20 per cent a year, with huge long-term growth prospects and only trading at about 20 times earnings," Mr. Blais says. And he also mentions some of Google's more esoteric ventures such as Google Glass and self-driving cars that could bring bonus value.

While Mr. Blais is a strong proponent of Google, his conviction pales compared with the enthusiasm Ian Shaffer shows for his top tech pick – and its founder.

"One day Amazon.com will be the biggest company in the world, and Jeff Bezos is going to be the richest man in the world," says Mr. Shaffer, a portfolio manager and the president and CEO of Montreal's Galliant Capital Management.

He has been struck by Amazon's ability to grow revenue at an impressive rate – even putting bricks and mortar rivals in the music and book retailing industry out of business. He also points to Amazon's successful expansion from physical products into digital, where profit margins are stronger. As well, the company's Amazon Web Services division has been a forerunner in offering cloud-computing services.

The main criticism of Amazon is that it shows little to no profit. Mr. Shaffer isn't concerned.

"They are doing the best thing for the company right now – growing market share in many different directions. When the time comes they will be able to show earnings any time they want." He also has confidence in the company's ability to stay ahead of trends. "They will find the next product and offer it to consumers before they know they want it."

As for Twitter, all three investment managers have respect for the service the company has developed – but aren't keen on buying shares at this point. Mr. Blais points to Twitter's stock valuation and challenges of monetizing their business.

Mr. Lato agrees, saying he needs to get proof of reliable earnings at the company. Mr. Shaffer is a bit more tempted, saying he would be willing to invest in Twitter at a stock price a few dollars below its current level, saying, "You don't want to bet against something that is so pervasive and loved by so many people." 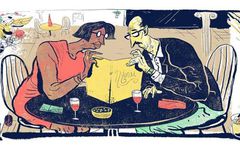 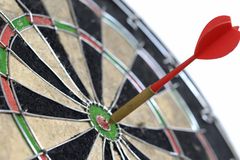 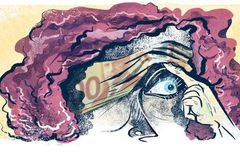 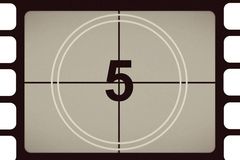