Only in the U.S. can you borrow money from your parents, take out a first and second mortgage to purchase a home, and call yourself a home owner. My friend Jason did this recently. "Jason, how are you going to pay back all that debt?" I asked. "As a start, my parents don't really expect me to pay back their loan. My dad's view is that it's better to give than to lend because, in the end, it usually costs him about the same anyway."

This reminded me of the last time Jason borrowed from his parents. He was starting a business, borrowed $50,000 from them, and never did pay it back. The business went defunct. It's a common problem. When was the last time you lent money to someone, only to conclude later that you're not likely to see your money again?

If you're about to make a loan to a family member or friend, why not set yourself up to claim tax relief if the loan goes sour and you don't collect what's owed to you? It makes good sense. The fact is, there are two types of tax breaks that may be available here, but the magnitude of the tax relief depends on the type of loan you're making.

If you make a loan to an individual, you won't generally be entitled to any tax relief if the loan turns sour and you can't collect what's owing to you. There's an exception here. If you charge interest on the loan you may be entitled to claim a capital loss in the event the loan becomes uncollectible.

Capital losses can be applied against capital gains in the year you report the capital loss, in one of the prior three years, or any year in the future. This type of tax relief is better than a kick in the pants, but is only of value if you have capital gains.

Is it possible to claim more flexible tax relief? The answer is yes - maybe.

If you happen to lend money to, or invest in the shares of, a small business corporation (SBC) that goes bankrupt or becomes insolvent, you may be entitled to some attractive tax relief. How so? The taxman may allow you to deduct up to 50 per cent of the money you've lost against any other source of income. This is called an allowable business investment loss (ABIL), and it's more flexible than a capital loss because you can deduct the ABIL against any type of income, not just capital gains.

To take advantage of this tax relief, you'll need to lend the money to a corporation - an SBC - rather than lending directly to the individual. If Jason's parents had done this earlier, that $50,000 they lost helping him with his business could have provided $11,600 in tax relief (at the highest tax bracket in Ontario). Sure beats what they managed to collect from Jason.

The catch is that the corporation you lend to must qualify as an SBC. In a nutshell, this is a Canadian-controlled private corporation that uses 90 per cent or more of its assets in an active business carried on primarily in Canada. The definition is simplified here, so talk to a tax professional if you think you've got an ABIL.

One last point: If you've used up any of your lifetime capital gains exemption in the past, all or a portion of your ABIL may be denied and converted to a capital loss instead.

If you have made, or are thinking of making a loan to someone, or are considering an investment in a small business, consider these strategies:

1. If you've lent or otherwise invested money and have established that the investment has gone sour, look at the possibility of claiming a deduction on your 2010 tax return, or filing an adjustment to a previous year's return, if an ABIL can be claimed.

2. If you're going to lend money, have the borrower set up an SBC first, then make the loan to the company to allow for a potential ABIL deduction if the loan goes bad.

3. If you're going to make a personal loan to an individual, charge interest to provide at least a capital loss if the money becomes uncollectible.

4. Visit a tax professional if you think you have an ABIL because a special election may have to be filed under subsection 50(1) of the Income Tax Act in order to claim this type of loss.

Beware the tax traps when passing assets to family
February 23, 2011 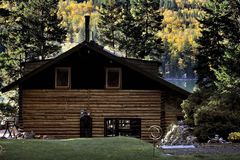 When borrowing to save makes sense
February 2, 2011 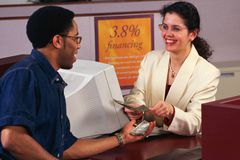