How would you like to be a disinterested bystander during the coming run-up in borrowing costs?

I've been doing this job long enough to remember when those rates looked quite competitive. By today's standards, they're too high to get much support at all from a panel of six mortgage brokers I surveyed by e-mail on TD's deal.

They're big fans of variable-rate mortgages, which today can be had for as little as 2.15 to 2.30 per cent. You ride in the front car of the interest rate roller coaster with these mortgages, though. Every time the Bank of Canada sets its rate benchmark higher, borrowing costs on variable rate mortgages rise as well.

The risk of rising rates is hard to quantify right now because of global economic cross-currents such as soaring commodity prices, economic troubles in Europe, what's happening in Japan and an improving but still damaged U.S. economy. Our economy is on the upswing, and yet the Bank of Canada remains tentative on rates. It bumped up its overnight rate three times last summer by 0.25 percentage points each and hasn't made a move since.

The bank has six more opportunities to raise rates this year, starting on April 12. It's tough to be sure whether rates will increase in the rest of 2011, but you can be dead certain that over the next seven years, they'll rise to levels that are much higher than they are now.

Seven- and 10-year mortgages are an extreme, and thus infrequently used, way of insuring yourself against a higher rate world. A survey released late last year by the Canadian Association of Accredited Mortgage Professionals showed just 7 per cent of mortgage holders had terms of five to 10 years and 1 per cent had terms longer than 10 years.

The CAAMP survey also found that roughly two-thirds of people have fixed-rate mortgages, about 30 per cent have variable-rate mortgages and the rest have hybrids with variable and fixed components. Clearly, Canadians like the idea of interest rate security. But seven years of it? Not so much.

"We have a small number of customers going into the odd terms, which are two, four, seven and 10 years," said Chris Wisniewski, associate vice-president of real estate secured lending at TD Canada Trust. "We haven't seen a significant rise in the last little while, but there's more and more concern about the potential for rising interest rates."

Several of the mortgage brokers surveyed for this column were strongly in favour of variable mortgages as opposed to fixed-rate mortgages of any term. "In my many years of experience, going fixed generally has not worked out well for my clients," wrote Peter Majthenyi of Mortgage Architects in Toronto.

Vancouver mortgage broker Kim Arnold said she currently can get a variable-rate mortgage for clients at prime minus 0.85 percentage points or 2.15 per cent. For people who want fixed rates, she can arrange a three-year term at 3.42 per cent or a five-year term at 3.79 per cent.

The most aggressive stance against the seven-year mortgage came from veteran mortgage broker Vince Gaetano of Monster Mortgage. "It's an ill-advised idea [for the consumer]and money maker for TD Canada Trust," he wrote in his survey response.

Mr. Gaetano said the extra cost of locking in for seven years isn't worth it. His preferred approach for people who want a locked-in mortgage is to take a five-year term, but make payments as if the rate was the 4.79 per cent charged on the seven-year term.

"It is important that Canadian consumers understand the need to accelerate the repayment of their debt rather than worry about where rates are going," he wrote.

One mortgage broker who offers some support for the seven-year mortgage is Jake Abramowicz, who works mainly with first-time buyers in Toronto. "I think it would be a good idea if someone taking a fixed [mortgage]would extend for longer," he wrote. "Problem is, most of my first-time buyers don't see themselves in their places for seven years. The great majority, being between 25 to 40 years old, want to keep moving up the property ladder."

Seven- and 10-year mortgages may be fringe products, but they do get you thinking about where rates will go in the next several years. Some people will decide to pay a higher rate today so they can tune out whatever's ahead, and who are we to fault them?

Two mortgage brokers give their takes on the down side of fixed-rate mortgages:

David Larock of Integrated Mortgage Planners: "I have long thought that the five-year fixed-rate mortgage was overrated because you're paying a premium for interest-rate protection, yet not really getting as much as you think. For example, if you take a five-year fixed today, and rates stay low for 2½ years and then start taking off, you have paid for five years' worth of protection and, in the end, you're only really getting a benefit for half of that time period."

John Cocomile of Greedy Mortgage: "In theory, rates are at historical lows and they will trend up to where they've been historically, but not for a long time. The mess in the U.S. is going to keep rates low for the next 18 months to two years, likely longer. Most people in longer-term fixed-rate mortgages end up paying a big penalty, anyway." 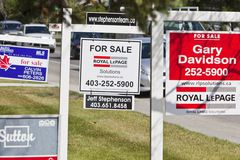 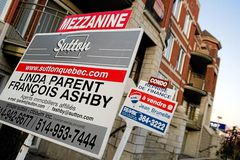 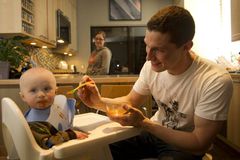 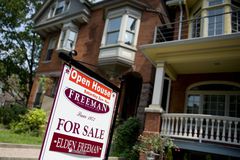 Why rising interest rates haven't flattened the housing market
May 3, 2018 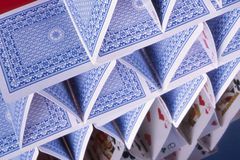