This is an excerpt from Enough Bull: How to Retire Well Without the Stock Market, Mutual Funds, or Even an Investment Advisor, written by David Trahair.

Yes, that's what I said, and yes, it goes against traditional retirement planning advice. You know, the "start early-the earlier the better" and "pay yourself first" type of advice. The truth is that it is really better to start late.

When you work through the numbers and consider the risks involved with investing in the stock market while you are still in debt, you may come to the same conclusion as I have: you are much better off to focus on buying a home and paying off all debt, including the home mortgage, before even starting to save for retirement.

Pretend that the Stock Market Does Not Exist

That's correct-every dollar you invest from now on goes into 100 per cent no-risk government-guaranteed fixed-income GICs.

During the Spending Years when we are in debt, they ask us to make RRSP contributions, don't they? In fact, they want us to start as early as possible. You know, to realize the benefits of "compounding."

The truth is that these clever word plays make the product-pushers rich . . . and you poor.

How so? Well, since we are in debt, the only way we can make those RRSP contributions is by borrowing to do it. In other words, if you take $1,000 from your chequing account to make an RRSP contribution, you are borrowing to do it at the highest interest rate you have because that $1,000 could have otherwise gone to reduce your highest interest debt. All that debt you have is compounding, too-against you. It is compounding to the benefit of the financial institution that extended the loan to you.

Each and every year you are in debt, real cash is being drained from your bank account. Even if it's not credit card debt at 20 per cent, it's probably at something higher than the actual return you are getting on your RRSP. But of course, they don't tell you what you're making on your RRSP do they? Could it be 5 per cent, 8 per cent, 10 per cent? Well, in 2008, many people's investments posted significant negative figures-their RRSP might be worth less than the dollars they put in.

The conclusion is simple: if you've got credit card debt, forget about making an RRSP contribution.

The next time your mutual fund salesperson uses the "benefits of compounding" argument to try to convince you to hand over more hard-earned cash for him to play with, remind him that you still have debt and therefore compounding is eating away at you.

Yes, I agree you should realize the benefits of compounding, but do it simply with no risk. That is, by paying off all debt, including your house mortgage, before investing another dime in your RRSP.

One of the main advantages of a delayed RRSP strategy is taxes. This is because since you are debt free, you'll have a significant amount of cash to make a large RRSP contribution and that contribution will lead to a large tax refund because you'll probably be in your peak earnings years at the highest tax bracket you'll ever be in. Each year's refund will be immediately reinvested in your RRSP, leading to significantly increased contributions.

Instead of trying to benefit from compounding that requires you to save for decades, use the benefit of taxes to get where you'd like to be without risk. Let's dig a little deeper, shall we?

A Word About Your RRSP Limit

First and foremost, it is important to note that all the RRSP room you built up during the early years where you were making earned income for RRSP purposes but not making RRSP contributions carries forward. In other words, if you were eligible to contribute $15,000 each year for ten years, and you didn't, after the ten-year period you would have accumulated $150,000 of RRSP room.

The amount you have accumulated is shown on your annual Notice of Assessment that the federal government mails you after reviewing your income tax return each year. It's usually shown at the bottom of one of the pages in a box titled "RRSP Deduction Limit Statement.

Do You Trust the Stock Market?

But hold on a minute. We've just been through 2008, and it showed the major weakness of the traditional RRSP strategy of starting early and trusting the stock market: in a matter of months your whole plan could be decimated.

The end of 2008 has also had a large impact on the often-quoted 6 per cent to 8 per cent average rate of return that the Canadian stock market has generated over the long term. Let's look at that.

I have used a 5 per cent average rate of return on many of the examples in this book. Based on what has just happened, that could be a pipe dream going forward. Besides the possibility of lower returns in the future, there are two factors that may draw average equity-based port¬folios down to rates available with GICs.

The two reasons are fees and the need to diversify risk. Let me explain.

The main reason I have assumed a 5 per cent rate of return throughout this book is because I am factoring in fees. In other words, if the stock market (equities) makes 7 per cent a year during your investing horizon, and you use a typical Canadian equity mutual fund to try and get that return, you'll pay about 2 per cent of that return in fees to the mutual fund company through the management expenses of that company. That leaves you with only a 5 per cent return.

The new reality is that stock market returns may only be around 5 per cent. Take off fees and you'll only get 3 per cent.

Don't Put All Your Eggs in One Basket

But having 100 per cent in equities is an extremely risky strategy. As we have just seen you could lose almost 40 per cent of your nest egg in a matter of months. That's why many mutual fund sales people recommend that you diversify your asset mix. That means you should include a safe fixed-income component.

What happens if the future is not so rosy?

Unfortunately the answer is not pretty. If you believe you can earn 5 per cent a year on average after fees in your RRSP over the time you have left to retirement, and you actually do make 5 per cent, your plan may work.

The problem is, will you actually realize that rate? And what if you, like all the other stock market believers, have suffered the crash of 2008? What used to look like an easily achievable goal of 5 per cent a year now seems in doubt. Many are left wondering if they'll ever even get back to the amount they originally invested-they'd be a happy with a 0 per cent rate of return!

Even if the future brings us back to the level of prosperity that our parents enjoyed, you may be better off forgetting the whole stock market thing and leaving it to the large financial institutions that know how it works like the back of their hand.

For me, I'd rather not spend the rest of my life worrying about what the stock market might do. I'd rather sleep at night knowing that it makes absolutely no difference to me or my family.

Excerpted from Enough Bull: How to Retire Well Without the Stock Market, Mutual Funds, or Even an Investment Advisor. Copyright 2009 by David Trahair. Excerpted with permission of the publisher John Wiley & Sons Canada, Ltd. 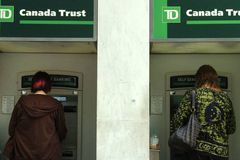