At 32, Esther has landed her first big job, earning $75,000 a year. But she finds her money doesn't go all that far living in the big city. She wants to get out of debt but the demands on her pocketbook are many and persuasive.

"My net worth is very negative, yet I think I am relatively conservative in my spending," Esther writes in an e-mail. "How do I adjust my priorities to get out of debt?" She has a student loan, a line of credit and a $24,000 car loan.

Esther is in a "live-apart-together" relationship with her boyfriend, who works in another city. When they get together every second weekend, they like to celebrate and dine out. He plans to move to her city when he finds work there.

Young as she is, Esther frets about the distant future. "I don't really understand how to save for retirement on a single income," she writes. "How does interest build quickly enough on monthly savings so that I will be able to retire one day?" She wonders, too, about investing. "How would I gain knowledge of exactly how much and how to invest?"

We asked Christine White, a money coach at Money Coaches Canada in Toronto, to look at Esther's situation.

Once Esther's boyfriend moves to the city, their expenses will fall because they will be paying for one apartment rather than two, Ms. White says. In the meantime, they need to sit down and figure out how much they can afford to spend each month for travel and entertainment.

"Even though their lives are in transition, they need to make a spending plan together and stick to it," she says. They share their fixed and discretionary expenses proportionally, "but the amounts contributed no longer support the expenses."

Esther struggles with saying "no" to fun things that come along, Ms. White says. "She's working to find the balance between paying down debt, saving for the future and enjoying life today." In response to a health concern, Esther began visiting a naturopath regularly and spending a fair bit on nutritional supplements. She feels it's been worth every penny.

In reviewing Esther's monthly outlays, Ms. White notes she is spending roughly $1,400 a month on discretionary items: gifts, travel, entertainment, health and personal care. She suggests Esther write down her goals and priorities, setting a reasonable debt-free date and setting up automatic payments aligned with her payday.

She could spend less on gifts and entertainment and perhaps stretch out her naturopath appointments – as well as her boyfriend's visits. "It is a luxury for them to see each other every second weekend," Ms. White says. Instead, they could get together every three or four weeks, cook meals at home and enjoy free entertainment.

Esther's parents have offered to help her by either giving her an interest-free loan to pay off her car loan, or by paying off her student loan (as a gift) with the condition that she put more money against her car loan. Esther should accept her parents' gift offer to pay off the student loan, Ms. White says. She is paying $740 a month toward the two loans. At that rate, both loans will be paid off by April, 2020. If her parents pay her student loan, and she directs the money to her car payment, she will be debt free in July, 2019. Esther's small line of credit – the result of overspending on discretionary items – will be paid off within a year.

Looking years ahead, "Esther is scared of retirement," Ms. White says. She doesn't know how she will ever get there when she can't make ends meet right now. She has $12,930 in a locked-in retirement account from a previous employer. The money is sitting in a savings account earning interest of 0.25 per cent a year. She should work with her financial adviser to invest in "something suitable to her risk tolerance," Ms. White says. "With even a 4-per-cent return, it will grow to $32,390" by the time Esther is 55.

But her biggest retirement boost will come when she has been in the job long enough to join the defined benefit pension plan. "The best thing Esther can do for her retirement is to keep her job, stay out of debt and make sure she is mortgage-free by her retirement date," Ms. White says. She may even be able to use her LIRA to "buy back" her pension for the period before she joined the plan, giving her another year of pensionable earnings.

As for her investments, Ms. White suggests Esther start educating herself by reading personal finance blogs and books and talking to people about money. "Open up the conversation and learn from others' experiences." As well, she might want to find a fee-for-service financial planner to help her evaluate her finances "in a holistic manner."

The problem: How to manage her money in such a way that she can pay off her debts and begin saving and investing.

The plan: Draw up a spending plan and stick to it. Accept parents' offer to pay off student loan. Stretch out visits with naturopath and boyfriend.

The payoff: A sound footing upon which to build her financial future.

Will an indexed pension help this couple retire comfortably?
August 12, 2016 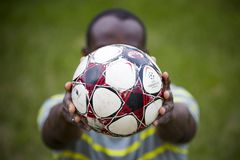 Louisa, 57, may want to reconsider her retirement spending target
July 22, 2016 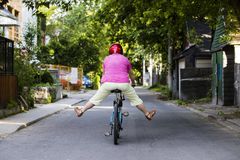