Devin Ryan was determined not to let the holidays derail his finances.

To avoid overspending on gifts and entertainment this past Christmas season, Mr. Ryan spent only what he had been setting aside in savings throughout the year.

"I knew what I could afford to spend," says Mr. Ryan, 31, who lives in Keewatin, Ont., near Kenora. "I'm money-conscious throughout the year so that, when Christmas comes, it's not a shock."

He's diligent despite using his credit card for as many expenses as possible. For Mr. Ryan, using credit is a way to earn points to pay for travel and build up his credit rating. He makes sure to pay his credit card bill in full every month.

How to avoid the holiday debt hangover

Mr. Ryan is an example of what consumers should be doing to avoid the holiday spending spree and subsequent debt hangover.

Still, experts say some millennials – and Canadians in general – are still overspending during the holidays and then scrambling to pay off their debt in the New Year.

Inquiries to his agency start anywhere between Boxing Day and mid-January, when the spending settles and consumers view the effect on their bank statements.

"A lot of times it's the same type of call, 'I overspent over the holiday season, and I'm not sure how I'm going to make ends meet let alone pay for the debt I've created over the holidays,' " Mr. Schwartz says.

"Give your cards a rest. Give yourself a rest. Go into a bit of a hibernation on spending and don't add to your existing debt," Mr. Schwartz says. "The best time to stop is now."

He recommends using a debit card for spending on necessities, such as groceries, so the money leaves your account immediately. Cash is also preferable over adding to existing credit card debt.

While it's common for people to make resolutions in January, including about their finances, Mr. Schwartz recommends consumers set goals instead.

He suggests setting a realistic deadline to pay off the debt, based on income and necessary household expenses.

"Be ruthless until you achieve that goal," Mr. Schwartz says.

The goal starts with a budget, which many consumers shy away from because it's considered too restrictive.

"People who can account for their money are far more likely to be able to control it," Mr. Schwartz says.

It also means curbing existing spending. Some areas to cut include eating out, entertainment and extras on your telephone and cable bills.

Tackling debt might also mean taking on some part-time work, even if it's just for a few months.

"In order to generate extra cash, you have to do one of two things: either cut back on expenses or generate more cash," Mr. Schwartz says.

Some consumers are so afraid of their debt that they refuse to open their bills in the New Year.

"That's not a good thing, especially if you have a decent credit rating," Mr. Schwartz says. "Late payments and ignored payments will only get you into further trouble – not now, but further in the future. It could cost you if you try to buy a car or a house down the road."

Start saving now for next Christmas

To help avoid the debt shock at this time next year, consumers should start saving for holiday spending now, says Scott Hannah, chief executive of the Credit Counselling Society.

That might mean putting a small amount of money into a savings account each month. For example, someone who sets aside $50 a month will have $600 to spend during the holidays at the end of the year.

People working to pay down debt should also be open with family and friends about their goals, says Mr. Hannah. It will help others better understand when you turn down their invitations to go out and hopefully tempt you less.

"If you do it, and not be embarrassed about it but proud of it, it will be a lot easier to handle," Mr. Hannah says.

It may also inspire them to rein in their spending, too. 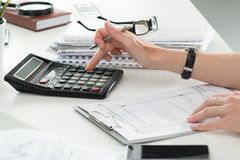 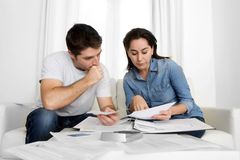