While slightly more than a third of Canadian millennials now own a home, nearly two-fifths of them had help from parents to get into the housing market, says a new global study from HSBC.

Surveying home-buying attitudes and behaviour among 1,000 Canadians and a total of 9,000 people globally, HSBC found that 82 per cent of non-homeowner Canadian millennials intend to buy in the next five years, in line with the global average. But, like their counterparts worldwide, only half of them have set an approximate budget.

As housing markets continue to froth, particularly in the Greater Toronto Area, the survey offers a reminder to young house hunters to get their finances in order and align ownership dreams with market realities.

The gap between dream and reality is prevalent worldwide, according to HSBC's study, Beyond the bricks: The meaning of home. It found that 64 per cent of millennials who don't own homes will need a higher salary in order to buy, but the two-pronged problem of sluggish wage growth and rising property values "makes it unlikely that all will be able to achieve their goal."

Here at home, it reinforces findings from previous research, including one last year from the Bank of Montreal. It found that 44 per cent of Canadian millennials expected help from parents when buying their first home, either in the form of a loan or gift.

"Nothing goes up forever, and if you can't afford it, maybe you should continue to wait longer," says Dave Nugent, chief investment officer of Wealthsimple, the Toronto-based online-only robo-adviser with a large millennial client base.

"If you talk to most young folks, they say 'Yeah, I'm going to buy a house.' You ask how much they save on a monthly basis, and far too often they don't know. … It comes down to financial literacy and educating yourself," Mr. Nugent says.

Across the globe, 36 per cent of millennial homeowners got help from mom and dad, versus 37 per cent for Canada. The United Arab Emirates had the highest rate of help, at 50 per cent, while France was the lowest, at 26 per cent. HSBC also found that one in five millennial homeowners, both in Canada and the across nine markets studied, had moved back in with their parents to save more for their deposit.

Canadians showed a slightly greater willingness to buy a "smaller than ideal place" than the rest of the world – 37 per cent of prospective buyers here said they would downsize, versus 33 per cent across all respondents.

Even as HSBC's survey demonstrates young people are getting into the market, parental prop-ups are becoming a key tool to make it happen. Seven in 10 Canadian millennials told HSBC they had neither saved enough for a home down payment nor set a firm budget. Of those who had bought a home, 42 per cent said they spent beyond their budget.

Paul Mullins, HSBC Canada's head of customer value management, said in an interview that the extent of parental contributions should not be alarming. "This 'bank of mom and dad' piece ... has been in place for many years as one of the core contributors to the ability to get your leg on the rung of the property ladder," he said.

Mr. Nugent warns that parents shouldn't stretch themselves just to bestow a down payment for their kids. "Too often, you see parents dipping into their own [credit]. Then you're going leverage on leverage; that's a bit scary," he said.

The hurdles to home ownership may be daunting, but Mr. Mullins said the survey's results simply reinforce the need for financial preparedness and careful planning before trying to buy a home.

The HSBC research was not broken down by region. But home prices, especially in Toronto, continue to have many financial leaders and industry observers on alert.

Last fall, Canada Mortgage and Housing Corp. issued a "red" alert for the country's real-estate sector, suggesting home buyers put more equity into down payments for safety. And last week, Royal Bank of Canada chief executive officer Dave McKay added his voice to a growing number of those suggesting that the Toronto market, like Vancouver's, could benefit from cooling.

As millennials get into real estate, Bank of Mom and Dad sees more withdrawals
May 25, 2016
Mom and Dad place their bets on property for adult children
September 26, 2016
Toronto realtors predict another price surge in 2017
January 31, 2017 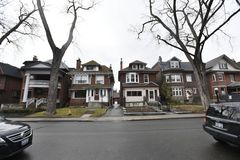 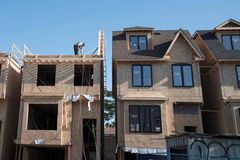