Tohar Hother-Yishay would love to move out of her parents' house, for good.

It's not just the three-hour round trip by public transit from their home in Thornhill, Ont., to her job in downtown Toronto that's driving the decision. She says there's something about being a 30-year-old who shares the same address as her parents that doesn't sit well with her.

"I think I have to move out … Even Jesus moved out when he was 30," joked Ms. Hother-Yishay.

She moved out once briefly in her mid 20s, after getting a political science degree at York University, but then moved back in when she went to get a second degree in biology. "It's impossible to go to school and to not live at home … if you're trying to good grades," says Ms. Hother-Yishay.

She finished the second degree in 2011, but by the time she was able to get a full-time job, after learning how to code and landing a position at a Web development company, the cost of rent had skyrocketed in Toronto. The same apartment she paid $700 a month for about six years earlier is now being rented for about $1,200.

Still, her goal is to move out of her parents' place in the spring, once she has paid down about half of her provincial student loan. Her budget for rent is no more than $1,200 per month.

"I can do it, I just won't be able to save anything," she says. Shopping for clothing and other discretionary items would also be out.

Ms. Hother-Yishay is among the 42 per cent of millennials in Canada who are living with their parents, up from 27 per cent 30 years ago, according to Statistics Canada. Many would like to move out and are saving money, but can't afford their own place – at least not yet.

"You don't want to cut things too close, because there are always unexpected costs and events that can come up," says Susan Stefura, a certified financial planner with Toronto-based Bespoke Financial Consulting Inc.

Apart from rent or mortgage payments for those who buy, Ms. Stefura says millennials planning to live on their own will need to pay for set monthly costs such as heat and hydro, Internet and cellphone service, cable and subscriptions to digital services such as Netflix. There are also the cleaning products and personal care items, such as shampoo and soap – most of which parents cover for kids living at home.

Another big expense millennials discover when living alone for the first time is that they'll have to pay for all their own food.

She says many millennials tend to eat out more when their parents aren't cooking, but quickly realize how expensive that can get.

Millennials should also note that there are one-time costs that come with moving into your own home, such as movers, paint and supplies, and new – or used – furniture. Renters in many provinces may also need to cough up both first and last month's rent, while buyers with a down payment of less than 20 per cent will need to pay mortgage insurance.

While the costs can seem overwhelming, Ms. Stefura says saving and paying to live alone is the first step towards financial independence – and needs to happen, eventually.

"It shows that you are mature, that you're moving on with your life," she says.

(To see whether you can afford to move out, check out our Globe and Mail calculator.)

Chelsea Schmidt, 22, hopes to move out of her parents' home in North Vancouver after graduating with her business degree from Simon Fraser University at the end of 2017.

She's been saving money from various co-op jobs that are part of her degree, in hopes of potentially having enough for a down payment on a small condo.

"My parents are both good with their money and taught me how to budget," Ms. Schmidt says.

Ms. Schmidt would like to buy a condo in the trendy Kitsilano neighbourhood, but will likely have to settle for something much less expense in a suburb outside of Vancouver.

She's also crossing her fingers the housing market will cool off and prices will drop, which some are predicting in the wake of the recent 15-per-cent tax on home purchases by foreign buyers in Metro Vancouver and the reforms announced by Ottawa.

Regardless of what happens in the housing market, Ms. Schmidt will keep socking away money, including what she saves while still living at home, for now.

Living in his parents' basement, 22-year-old is diligently building wealth
September 22, 2016
‘Renting is a beautiful thing’: The case against home ownership
August 18, 2016 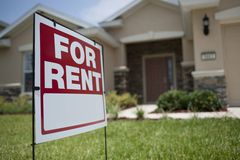