It's well known that millennials prize experiences over possessions, but the latest trend in prenuptial agreements shows that this generation might also favor protecting what's in their head over what's in their wallet. The number of millennials seeking prenups is on the rise across the U.S., and it's thoughts and ideas that members of couples want to protect in case of a bitter breakup.

Just over half of matrimonial attorneys saw an increase in millennials requesting prenups over the last three years, according to a survey of 1,600 lawyers conducted by the American Academy of Matrimonial Lawyers. It's not just millennials: Some 62 per cent of those polled said clients of all ages are increasingly asking for prenups. But it's a notable increase from how many 18– to 35-year-olds were getting prenups a generation ago.

"Millennials are getting older and richer," said Randall Kessler, a family lawyer based in Atlanta who specializes in divorce. "Prenups used to be for old money, but now prenups do different things, like safeguarding intangible property." A decade ago, only 5 per cent of the prenups Kessler's firm worked on were for millennial-aged clients. Today, that number is about a quarter.

Prenups for millennial clients have been on the rise for several years at Buchanan Ingersoll & Rooney, said attorney Barry Slotnick. The demographic, he explained, is more concerned about its fiscal future and very cognizant of divorce rates, prompting millennials to increasingly draft prenups.

Instead of focusing on alimony and inherited cash, prenups requested by millennials aim to protect intellectual property such as films, songs, screenplays, software, apps, and even ideas for technology concepts yet to be executed. Real estate, the great unifier of married couples of all ages, is also typically included in these agreements.

These new-school prenups "would have language that went into the future for things that are not yet in existence," explained Steven Kirson, a divorce attorney who first encountered a millennial requesting this type of prenuptial agreement about six years ago.

"I think there's a heightened focus on the creation of something, whether that's in the form of intellectual property or a business that they would establish in the future," explained Michael Mosberg, a partner at Aronson, Mayefsky & Sloan, LLP, a family law firm that has also seen more millennials seeking prenups over the last five years. "They want to protect that idea."

Attempting to protect potentially profitable ideas that don't yet exist is no easy task, legally speaking. Kessler occasionally consults with other lawyers to ensure that the prenup his team is working on identifies and values the intellectual asset correctly. "How do you know what it's really worth?" Kessler asked of the ideas millennials attempt to protect. "It's a gray area."

Though millennials are increasingly getting prenuptial agreements, there's no guarantee that they'll ever need to use them. The divorce rate has fallen, in part because fewer Americans get married and those who do tend to do so when they are older. Over the last three years, John Slowiaczek, president-elect of the academy, has seen a rise in co-habitation and partnership agreements drafted by attorneys for millennial couples.

Millennial women are driving the push for prenuptial agreements, a contract that was traditionally laid out by the groom when men were primary breadwinners, Kessler and Slowiaczek agreed. Agreements for millennial couples also tend to eschew alimony.

"Marriage creates an obligatory situation," he explained. "A cohabitation is two people who just decide to live together." While these agreements might be popular with millennials who are wary of getting the law involved in their love lives, they have their downfalls, such as setting up inheritance, health-care, and child-rearing rights between partners that are otherwise granted upon marriage.

There's also the not-quite-scientific theory that couples who get married later in life are more likely to stay together. But millennials have yet to prove it true.

Marriage, co-habitation contracts can be good investments
April 8, 2017
Gen Y couples: Living together means you should file taxes together
May 16, 2018 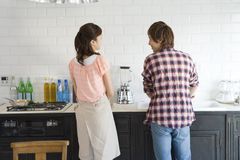 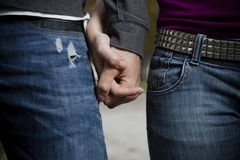