There's a cure for this nation's narrow-mindedness about renting instead of owning a home.

It's a new book called The Wealthy Renter that will be published Sept. 10. The author is Alex Avery, who is well qualified to write on the topic of buying versus renting. He holds the respected chartered financial analyst (CFA) designation, he's a licensed property appraiser and his day job is analyzing publicly traded real estate companies at CIBC World Markets.

The book arrives at a time when renting increasingly makes sense as an alternative to buying into the expensive housing markets in some cities. What's holding people back? Mr. Avery and I discussed this in a Q&A this week. Here's an edited transcript.

Why are Canadians so obsessed with home ownership? Is it just the way prices have soared in some cities?

Certainly there's a positive feedback loop of people seeing the price of their houses go up and talking positively about home ownership. But it's broader than that. Home ownership is widely regarded as being the only sensible choice. That view is pushed by real estate agents, by lenders, parents, friends, family. Even the government of Canada promotes home ownership. This really drowns out anyone who is talking about the positives of renting.

You say in the book that "renting is a beautiful thing." But to many people, it's financially repugnant. Why is that?

The real reason that Canadians have such a negative view of renting is the inaccurate characterization of renting as throwing your money away.

Related: How high home prices have buried Canadians in debt

What's your take on this common criticism of renting?

Can you give us an estimate of how much it costs to own a house, beyond the mortgage?

There's the opportunity cost on the equity you have in your home [you might make more by investing money elsewhere], the cost of maintenance, the cost of property taxes and the cost of utilities.

In the book, I use a conservative estimate of 1 per cent of the value of a home [on average per year]. But you might want to use 2 or 3 per cent, just to build in a buffer.

What about the idea of home ownership as a forced savings plan?

For 25 years, you will make a large payment toward paying down the balance on your mortgage. Ultimately, when you've paid off the mortgage, you own the house outright. The flaw in that strategy is that house prices have significantly underperformed the broadest investment index in Canada, which is the S&P/TSX composite index.

But you can sell a principal residence tax-free. Isn't that a significant win for ownership?

The subtitle of your book is How to Choose Housing That Will Make You Rich. What do renters have to do to become rich?

One of the problems of renting is that low vacancy rates in some cities are making it hard to find affordable places to live.

That's absolutely accurate, but it pales in comparison to the competition you're seeing for home ownership.

Can you give millennials a smart, shut-them-down response to people who disrespect renting?

Tell them you invest the savings you get from renting, you have more money to enjoy life and you have less stress. Renting is clean, easy and affordable.

Finally, I have to ask this. Are you a renter?

I've been a renter, an owner and a landlord. My wife and I rented for 15 years and now we own. We bought after we had kids. 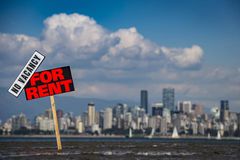 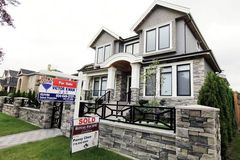 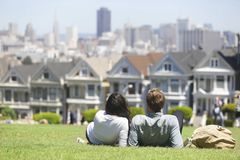