Not owning a house can do wonders for your personal finances.

Over the past two decades, the only segment of the population with any momentum in becoming debt-free is the young adult under age 35. Prohibitively expensive housing is a big part of the story. No house = less debt.

Insolvency and debt expert Scott Terrio says houses draw you into debt through mortgages and the cost of upkeep, maintenance and improvements. If you stay on top of your debts, your bank will probably invite you to borrow more money.

"Houses do two things to you – they nail you on expenses you didn't think about and they make you more creditworthy," said Mr. Terrio, president of Debt Savvy in Toronto. "Banks are quite happy to say, here's two credit cards and a line of credit."

While there has been a lot of talk about the high level of household borrowing in Canada, many people are debt-free. Just under 30 per cent of all families had no debt last year, compared with 28.9 per cent in 2012, 30.6 per cent in 2005 and 32.7 per cent in 1999. Beneath these numbers from Statistics Canada are some surprisingly different stories of how various generations are handling debt.

More debt freedom for Generation Y is notable when you look at some of the economic challenges this group faces. It's not just expensive houses in many cities. Tuition fees are rising faster than inflation, and the average student who borrows to cover costs owes $28,000 at graduation, according to the Canadian Federation of Students. From there, young adults move into an unwelcoming job market where full-time, career-building jobs can be scarce.

The rise of debt freedom for millennials is connected to unaffordable housing markets, and also to moving back home after graduation from college or university. Once considered a "failure to launch," young adults living at home with their parents can now be viewed as making a sensible compromise for their greater financial good. Even if they're paying modest rent, young adults living at home should be able to attack their debts with maximum force.

According to Mr. Terrio, another advantage for young adults is their willingness to use the internet to get their financial questions answered. "Millennials tend to be pretty financially literate," he said. "These people were born and raised on computer and for them, Google is something they do all the time, all day every day."

If you're researching personal finance online, there's no way to miss the importance of paying down debt. Mr. Terrio said young adults are best positioned for success in eliminating debt because they don't tend to have as many obligations as older people. "They're not sending kids to daycare, they're not paying for their kid's hockey, they're not carrying a HELOC [home equity line of credit] or a mortgage. If you've got $20,000 in debt and no expenses, you can pay it off in no time."

The under-35 cohort is also the only one where the percentage of debt-free families was higher last year (23.4 per cent) than in 1999 (20.4 per cent). The most shocking decline in debt-free households was in the 65 and older crowd. Back in 1999, 72.6 per cent of families in this group were debt-free; last year, 58 per cent earned this distinction.

Mr. Terrio does presentations for seniors groups from time to time and says he gets bombarded with questions from people in the audience. His theory on why debt is such an issue in this demographic is the growing need to help family members financially. "If you're a senior, you could be funding as many as four generations right now – yourself, your kids, your grandkids and you might even be funding elderly parents in care."

Statscan singled out mortgages as a contributor to debt among seniors. Just under 14 per cent of families led by someone 65 and older had a mortgage in 2016, compared with 7.7 per cent in 1999.

Another demographic with a sharp decline in the debt-free population since 1999 is in the 55 to 64 range. Again, houses play a role. This is exactly the age at which parents would be helping their adult children buy a home.

Is everything in the markets overpriced right now? Not quite
Subscriber content
December 12, 2017 ‘How can we help our two sons with their first home purchase?’
November 23, 2017 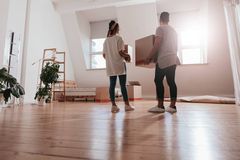 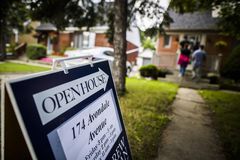 Canada has a strong foundation for financial happiness. So why is the mood so dark?
December 7, 2017 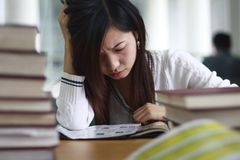