Melissa Pecman finished university feeling the way many graduates do: stressed about her student debt.

She landed a job as a geologist with Orix Geoscience Inc. in Sudbury and started making payments on $17,000 in government loans, Ms. Pecman says. Although she was interested in pursuing an applied masters in geology, Ms. Pecman, 27, was reluctant to incur any more debt.

So when senior management at her geological mapping firm approached her offering to pay for her masters program, she jumped at the chance and started the two-year, part-time MA program at Laurentian University this year while working at Orix. The company pays the tuition, which will total $10,000, with the agreement that Ms. Pecman completes the MA successfully and remains with Orix for a minimum of two years after completion. "It means that I don't have to choose between the masters and paying off the debt," she says. "Without the help, I probably wouldn't have ended up doing it."

Ms. Pecman's employer isn't the only one to see the benefits of this approach. Some companies looking to attract and retain millennials are offering to cover continuing education costs or help pay the student loans many recent grads are left saddled with.

Two-thirds of Canadians under 40 with a university degree or college diploma graduated with $22,000 in student debt, according to a recent BDO survey – and many are still making payments well into their 30s.

With employee retention a big issue for Canadian firms, some are recruiting high-school graduates or university students into special programs and paying for their studies while they work part-time for the company. Others are helping pay employees' tuition fees. And firms such as SimplyCast are even paying off their employees' student loans.

Given there were 203,028 recent graduates who couldn't afford their debt repayments in 2013-14 and needed the government to pay part of their interest payments, according to Employment and Social Development Canada, many are entering the work force stretched to the max. They're not earning enough income to pay off the debt and cover living expenses.

The result is a generation of stressed-out employees who take on more debt in order to stay competitive – in the hope of earning more money down the road, says Shannon Lee Simmons, founder of financial planning firm New School of Finance. Many pursue graduate degrees to increase their job opportunities, she says.

"The undergrad degree is the new high school," Ms. Simmons says. "You have to [do more] school or no one will hire you. So now, even if they were lucky enough to have parents help them out with their undergrad, they're adding a masters program that will add that $20,000 on."

With that extra debt tacked on, they are deferring all big life purchases. "The ripple effect of massive student loans can't be denied," she says. "It adds layers and layers of anxiety. People in their 30s and 40s, they don't have as much saved for retirement – everything gets delayed."

SimplyCast president and chief executive Saeed El-Darahali, who graduated with $64,000 in student loans, got married shortly after graduation and had a baby a year later. He says his first years after graduation were a blur of diaper, car, and mortgage expenses, as well as debt repayments. That experience left Mr. El-Darahali sympathetic to the position new graduates are in.

With that in mind, SimplyCast, a Dartmouth-based international marketing services company, started paying off its employees' student loans two years ago. Mr. El-Darahali says the average employee's monthly repayment is $275 and the company makes the payments for the duration of the staff member's employment.

"We had a fourth-year student [working part-time] who couldn't pay her tuition," Ms. Ramnath says. "We paid it. She stayed with us for five years."

On another occasion, she says an employee approached her to obtain $3,500 for a course that was irrelevant to his job. The company ended up meeting him halfway, and covering half the tuition.

Ms. Ramnath says she's open to ideas, recognizing that cultivating younger staffers can help improve productivity and boost their loyalty. "If they came to us and said, 'Can you fund this?' we would do it," she says.

In the United States, companies are getting the message about the value of helping employees with student debt. According to consultants AON Hewitt, 3 per cent of U.S. firms currently offer the perk, with companies such as Aetna, Fidelity, PwC and Penguin Random House contributing to employees' student loan payments.

Great-West's research indicates that many millennials are too focused on paying off student debt and are understandably not contributing to their retirement programs.

"When you're dealing with financial challenges, it can be very hard to focus on the here and now," says Adrian Huntelar, a third year University of Toronto student and U of T's student union representative for low-income and financially insecure students.

Mr. Huntelar says he's encouraged by companies that are willing to help employees pay off their student debt.

"Corporations with the largest number of resources, if they propose to take on student debt, I can see that being a major draw for students with a lot of debt. I can see a lot of students funnelling into those companies." 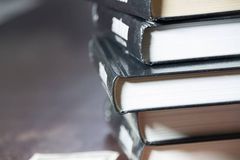 Great-West courts millennials with program to tackle student debt and save for retirement
October 23, 2017 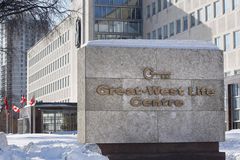 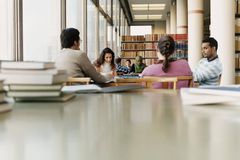