Albert Tam is strategic about where he books a vacation, and when.

For instance, Mr. Tam would never book a trip down south over March break, or to Europe in the middle of summer.

"I like to avoid peak season as much as possible," says the 27-year-old Toronto resident​, who works in the public sector.​ He looks for airfare deals on sites such as Google Flights and sometimes waits to books his accommodation until a few weeks before he leaves, taking advantage of last-minute deals.

In November, he went to London, one of the world's most expensive cities, after booking a cheap return flight through WestJet in August for about $550, and staying in a hostel.

​While there,​​ h​e bought groceries for most of his meals, including pasta for dinner, bread and cold cuts for lunch and porridge for breakfast. ​"I didn't rob myself of the pleasures of travel … but I tried to be reasonable," he says.

The lower British pound, post-Brexit, also made his Canadian money go further. In addition, Mr. Tam used an Amazon credit card​ ​​for purchases​, since it ​​​ doesn't charge ​fees ​ for foreign currency transactions and offers 1-per-cent cash back per dollar spent.

According to travel experts like Claire Newell, Mr. Tam's strategy is a good one for millennials – and anyone looking to travel on the cheap.

Ms. Newell, founder and president of Vancouver-based Travel Best Bets, says the key to cheaper travel is deciding when to go, which is usually when most people can't or won't. That doesn't mean you have to go to the Caribbean during hurricane season, but she suggests going to Europe in May or early June or after Labour Day and avoiding sun destinations over the Christmas holiday season and during March break.

"The law of supply and demand plays out huge in the travel​ industry," Ms. Newell says. "You also get a better travel experience. You'd probably be able to sit on the edge of the Trevi Fountain [in Rome] in September. You're not likely to be able to do that in late June, July or August."

​She says the best time to book a winter travel is between mid-November and mid-December, before the holiday rush. But it's not too late after Christmas either, she says. The last three weeks of January​ is also a good time, although selection at a reasonable price may be limited.

Ms. Newell suggests booking​ the ​hotel and flight together as a travel package, where possible, to save money. A lot of millennials use travel apps​ and sites ​ such as Hopper, Bing's Price Predictor and Google Flights to watch for cheap flights.

"If you see a seat sale, and it's for the booking window and dates that you want to go, book it," she says. Waiting for it to drop further might mean losing out, especially if the destination becomes more popular.

Travelers looking to get a great deal on a tour package, and are flexible on where they want to go, should check in the day after the final payment is due. Ms. Newell said some travelers may have to drop out, and the newly available space could be sold at a cheaper rate.

"They have access to things you may not have," she says, such as free hotel breakfast or free upgrades.

She also recommends travelers check out local tourism board websites, or Groupon, to get discounts or coupons at their destination. Shopping at local grocery stores and food markets, instead of eating out at restaurants for every meal, is also a great way to save money.

"Eat like a local. It's more fun, more affordable and you'll probably get fresher, healthier food," she says.

Lyle Truden, team leader at Flight Centre Business Travel Vancouver, says the best time to book travel depends on when you're going, and where.

"The earlier you book, the better, provided that it's not too far out."

He says most hotels and airlines put their availability in a centralized travel system 331 days, or about 11 months in advance​,​ with average prices based on demand the year before​ or based on events during that time​. Then, starting about six months out, destinations with less booking might see their prices drop. On the flip side, prices might rise for more popular places.

"It's a game of load capacity," Mr. Truden says.

The general rule of thumb for flying is that, the more you pay for a flight, the fewer restrictions are placed on it, such as change fees.

​A​irlines occasionally offer one-off sales​ as well. For example, Air New Zealand recently offered return flights from Vancouver to the Cook Islands for about $780, which is less than half of the regular price of about $2,000.

Mr. Truden recommends being ready to book travel when it fits your budget, instead of waiting around for the perfect sale price.

"The best way to get a deal in travel is be flexible, book early and, if you can, get price-drop protection on it," says Mr. Truden. 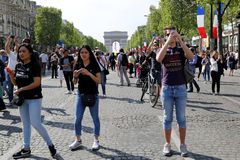 How to deal with the holiday debt hangover
January 5, 2017
Follow Brenda Bouw on Twitter @BrendaBouw
Report an error Editorial code of conduct