Jiyin Tu began actively investing about two and a half years ago, after getting her first "real job" working full-time in the human resources department at Labatt Breweries of Canada.

For years before that, Ms. Tu had been diligently putting money earned from part-time jobs and received as gifts for Christmas and birthdays into a savings account.

"It was just sitting there doing nothing," says the 28-year-old, who lives in Toronto.

That drove her to open a brokerage investment account and purchase her first mutual fund.

Today, Ms. Tu, who invests on her own, has a mix of mutual funds, exchange-traded funds and guaranteed investment certificates (GICs) and is regularly contributing to her Tax-Free Savings Account (TFSA) and Registered Retirement Savings Plan (RRSP), including through an employer-sponsored plan. Her investments include a mix of equities and bonds and are diversified across Canada, the U.S. and internationally.

Ms. Tu is among a growing number of millennials who are getting serious about investing and socking away money for future pursuits such as higher education, a home and eventually, retirement.

Experts say investors just starting out should first decide what they're investing for – and when they'll need that money.

"Time horizon is key," says Tony Salgado, wealth strategist at CIBC Wealth Strategies Group, a division CIBC Wealth Management. "It will dictate how much risk you're able to absorb."

For example, someone saving for a home will have a shorter time horizon and should probably take on less risk with their investments, Mr. Salgado says.

Meantime, a millennial saving for retirement decades down the road will likely want to take on more risk.

"The hard rule is always more risk, more reward," says Mr. Salgado. "If you are a younger person and can take on more risk, you can put a portfolio [together] that is more heavy on equity. You need to know that you have time on your side."

It's important, Mr. Salgado says, not to overreact when the markets drop, which is inevitable over time.

For someone saving for retirement in the long term, "you still have a long time out to what your end goal is," Mr. Salgado says.

Take the S&P/TSX composite index for example, which has more than doubled since the depths of the last global recession in 2009, rewarding investors who stayed in the market.

What comes first, TFSA or RRSP?

Another decision young investors often need to make is whether to put their money into a TFSA or RRSP, assuming they don't have enough money to contribute to both. Both investments are sheltered from tax, as long as the money stays in the account, but have varying effects. Here's a video which goes over the basics of both.

Even though you don't get a tax deduction with a TFSA contribution, as you do with an RRSP, Mr. Heath says the TFSA is more flexible. For instance, you can withdraw money for a TFSA without a tax hit, but you would be taxed for taking money out of an RRSP – with the exception of using it for a first-time home purchase or to pay for school.

"Once you're in a higher tax bracket and are truly saving for the long turn, for retirement, I think an RRSP may be more beneficial," Mr. Jason Heath says.

That said, he says contributing a little bit to both can also be a good strategy, depending on a person's individual investment goals.

Some investors, like Ms. Tu, may also receiving RRSP benefits at work, where the employer matches investments in a pension plan.

"Any time there is a matching contribution from an employer, people should be all over that," Mr. Heath says. "Free money from your employer is a good thing."

As for which products to invest in within investment accounts, Mr. Heath cautions investors to look at their fees. For example, mutual funds have higher fees of around 2 per cent, while ETFs usually charge less than 1 per cent. Performance between different investment types can also vary.

"Investors need to be very cognizant of the fact that we're not in the same interest-rate environment we were back in the 1980s," he says.

Of course, investing always comes down to personal risk tolerance and choice.

Mr. Heath's main advice is for investors, in particular those just starting out, is to learn about where they're putting their money before making an investment.

"The most important thing a new investor can do is get at least a little bit educated," Mr. Heath says. "Getting a little knowledge early can have a huge impact on the rest of your financial life."

Ms. Tu has spent a lot of time researching investing by reading books, media articles and online forums on the topic, hoping to gain more information about the best places to put her money – and where not to put it.

"The big lesson for me so far has been that it's my money and I have to take ownership of it," she says.

Investing is also a way for her to monitor and control her spending. "Instead of spending $50 on lunch per week, I think about where else it could go." 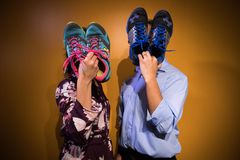 Why are some millennials so anxious about saving for retirement?
November 24, 2016
Millennials, tell us: When did you start saving for retirement?
January 30, 2017
Six quality stocks to buy and sit on in your RRSP
January 30, 2017
Follow Brenda Bouw on Twitter @BrendaBouw
Report an error Editorial code of conduct
Due to technical reasons, we have temporarily removed commenting from our articles. We hope to have this fixed soon. Thank you for your patience. If you are looking to give feedback on our new site, please send it along to feedback@globeandmail.com. If you want to write a letter to the editor, please forward to letters@globeandmail.com.
Comments