They may be young professionals earning a good income, but Esther and Ewen are finding high Vancouver real estate prices a challenge. They are both age 32 and bring in $219,000 between them, about evenly divided.

Now that their baby is walking, they wonder if they can afford something a little larger than their one-bedroom apartment. "A 620-square-foot condo is tight with a newly mobile toddler," Esther writes in an e-mail.

She's returning to work this month after nearly a year of maternity leave during which her income was greatly reduced, she adds. They have debts to repay and are facing high child-care costs. They wonder whether they should sell their condo, pay off their debts and rent a larger apartment. Rents for two-bedroom units in their area are about $2,400 a month.

Or should they sell, pay off their debts and buy a slightly larger condo at a cost of $700,000? "Or should we simply stay put?" Esther asks. They don't plan on having more children. They would like to retire at the age of 55 with $60,000 a year after tax.

First, the planner looks at their retirement spending goal. Assuming they split their income, and factoring in a 2-per-cent inflation rate for 23 years, they would need about $110,000 a year pre-tax (the $60,000 after-tax target grossed up to $70,000 pre-tax, then inflated). The earliest Esther can take her small pension from a previous employer is the age of 60.

They'll need a portfolio that allows for both growth and income throughout their long retirement – the planner assumes they will live to the age of 90 – so he has used an average rate of return of 5 per cent a year. "In this situation, their retirement savings target would be $1,523,000 at age 55."

To achieve this, they would have to contribute about $2,500 a month to their investments, Mr. Miszk says. As well, he suggests they build up an emergency fund of about $45,000.

So should they move or stay put?

"Staying in their current condo is the family's best option from a financial perspective," Mr. Miszk says. "There are no costs to move, and the mortgage payments/tax/condo fees are cheaper than rent." But living in cramped quarters puts other stresses on their life, so moving to a larger unit makes sense.

Esther and Ewen's income after taxes and expenses is $5,465 a month. After accounting for the investment plan of $2,500 a month, they are left with about $2,950 in surplus income with which to pay down debt and create an emergency fund.

Rent on a two-bedroom condo of $2,400 is about $620 more than what they are paying now for their mortgage, property taxes and condo fees. But the $1,620 savings in debt payments means they would have an additional $1,000 of cash flow each month that could be put into a low-risk investment account and used toward a down payment on a larger home when the time is right. At the end of three years, the couple would have about $286,000 in savings, assuming a growth rate of 4 per cent a year.

Now, suppose they sell and buy a larger unit for $700,000. This would entail closing costs and perhaps some renovations, so Mr. Miszk increases the moving allowance to $15,000, leaving them with $165,500. "They should put at least 20 per cent down to avoid Canada Mortgage and Housing Corp. insurance costs," he says. If they put aside $140,000 for the down payment, they could pay $25,500 on the student loan. At the current rate of $620 a month, they could have the rest of the student loan paid off in about two years.

"All in, the costs of carrying the larger property would be about $1,600 more per month," Mr. Miszk says. That assumes higher condo fees and taxes and a mortgage refinanced at less than the posted rate. He used a rate quoted by an independent mortgage broker. "If I had used the five-year, fixed rate currently posted on a Big Five bank website instead, it would have been more than two percentage points higher, which would result in interest payments of nearly $300 a month more – $18,000 in wasted money in five years."

In the first year, the couple would have a surplus of $1,350 a month instead of the $2,950 they would have if they stayed put. They could put the surplus toward higher-interest debt and an emergency fund. The surplus would climb to about $2,800 once the student debt and back taxes are paid off in two years. "At that point, they could start to pay down their mortgage more quickly," Mr. Miszk says.

Assuming their condo rises by 4 per cent a year, in line with the historical average, after three years they would be better off buying the larger unit than renting, he says. They'd have $357,000 in net assets compared with $286,000 in accumulated savings. "Only in a scenario where home prices increase by less than 1 per cent a year would it make sense to rent rather than buy."

The people: Esther and Ewen, 32, and their one-year-old child

The problem: Should they sell and rent a larger place or should they buy?

The plan: Selling and buying a larger condo makes sense if real estate prices continue to rise by the historical average. Getting a good mortgage rate is important.

The payoff: A more comfortable lifestyle and a room of her own for their toddler. 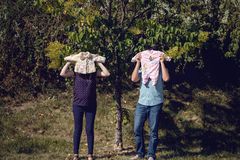 How this couple is balancing their finances and a new baby
August 11, 2017 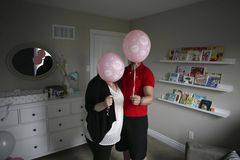