It's time to find some new excuses for not donating to charity.

The old standbys may not hold up. People say they can't afford to give, and yet median donations from well-off households are low. They also say charities are ineffective and wasteful, though there are plenty of ways to find worthy ones. Dig deeper this holiday season. Make donations, not excuses.

A new multi-part study of charitable giving in Canada by the Angus Reid Institute and CHIMP (an online platform for charitable giving) shows that people understand the importance of donating. Seven in 10 feel a sense of personal responsibility for helping achieve positive change in the world. Lots of people aren't following through with meaningful donations, though.

While three-quarters of participants in the study said they had donated to at least one charity over the past two years, just four in 10 give on an ongoing basis. Statistics Canada data fill in this profile of giving a bit more – the median amount donated in 2014 was $280, and just 21.4 per cent of tax filers claimed a charitable donation.

The Angus Reid-CHIMP study asked people why they aren't giving more. Financial concerns were most often mentioned, which is of course legitimate for lower income households. But Statscan data from 2013 show that median annual donations for households with income of $140,000 or more was just $197, while the median for households with income between $120,000 and $139,999 was $149. (The average contribution for these groups was higher as a result of the influence of mega-donations.)

Trust issues are another big reason for not donating. Only half of participants in the Angus Reid-CHIMP study agreed with the statement that charities can be trusted with the money people donate to them.

Charities have brought skepticism on themselves in some cases by spending large percentages of donated funds on administrative costs and executive salaries. But this complaint is so commonly expressed now that it's starting to sound like a dodge for not giving rather than a principled response to bad management at charities.

It's a bit rich to see people so disdainful of money-wasting charities in a country with such high levels of household debt. The Organization for Economic Co-operation and Development ranks Canada first among its 28 members in terms of the ratio of household debt to economic output.

The reluctance to give to charity may also be connected to growing suspicion about institutions like government and corporations. More than two-thirds of people in the study said corporations get involved in charitable fundraising only to improve their image, and a similar percentage said companies use charitable initiatives to get credit for supporting causes without putting up their own money.

The Angus Reid-CHIMP study says the charitable request people were most likely to respond to over the past two years was one made at the cash register of a retail store. But even these simple transactions leave people complaining. After I posted some data on Twitter showing how many people respond to charitable campaigns in stores, the most common response was to accuse stores of using customer donations to scoop up charitable tax deductions for themselves.

Karl Littler, public affairs vice-president of the Retail Council of Canadians, said bundled charitable donations are not eligible for tax receipts under CRA rules. He checked with two major retailers and found that donations they receive from in-store campaigns are kept in a separate account and provided directly to the charity.

CHIMP – it's a mashup of charity and impact – is a website designed to be a hub for donating to registered charities in Canada. Its mission, according to CEO and founder John Bromley, is to "reduce every possible objection to giving down to zero."

To help people find the most effective charities, CHIMP provides information on how charities spend the budgets. This publicly available information is drawn from the annual filings that charities must make to the Canada Revenue Agency. "If people are concerned by fund-raising and admin costs, the numbers give them something to hang onto," Mr. Bromley said.

In the Angus-Reid CHIMP study, 61 per cent of people said they would be more generous if they were more confident about charities and their use of money. With CHIMP or a simple Google search for good charities, you can gain that confidence in five minutes or less. 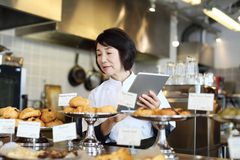 Here’s what Bill Morneau’s pension bill could mean for your retirement
November 28, 2017 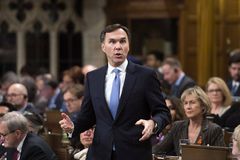 Can the government save the middle-class wannabe homeowner in Toronto and Vancouver?
November 21, 2017