Let's get a few things straight about the Think Small philosophy of spending.

It's not about self-denial, extreme frugality, going back to nature, reducing your carbon footprint, veganism, communism, adopting a monastic lifestyle or otherwise preventing you from having all the toys you want.

Think Small is a liberation creed for consumers. Buy smaller homes and cars and spend the money you save on other things.

Think Small was introduced in last Tuesday's Personal Finance column and it resonated. There was a terrific response on Twitter, in my Facebook personal finance community and in several e-mails of support. I think people want to be told it's okay to live in a small house and drive a modest car.

To not be ruled by their most expensive possessions, in other words.

Spend below your means on houses and cars and you have more money to save and invest. But the readers I've heard from who embraced the Think Small philosophy didn't have much to say about their extensive investments.

"Buying small means that we had the resources to customize a 1936 Ford truck and now we can attend car shows as a hobby," Laurie Ann Milne wrote in an e-mail about the life she and her husband have in Medicine Hat, Alta.

"We each drive new vehicles and have a small car for running around town. We make at least three and sometimes up to five major trips a year – Hawaii, Santa Fe, Vancouver, Nova Scotia, etc. We never calculate the cost of golf, concerts, or a meal out."

Another reader wrote about how he and his family have lived on one average salary, driven used cars and shopped for bargains.

"Make no mistake – we are not oddballs. We lead normal lives, drink wine, have friends, ski cross country and downhill, swim distances and had neat holidays in Canada and abroad with our kids when they were younger."

Not much is left for travel, hobbies and entertainment.

Lines of credit and credit cards are how we've coped over the past five years with the pitifully small remains of our paycheques left after covering our debts and all the necessities. A recent report from TD Economics shows that the household debt to personal disposable income ratio has risen by traditional measure to 162 per cent from 138 per cent back in 2007. If you calculate the ratio the way they do in the United States, we've risen to 151 per cent from 126 per cent. Americans are now at 140 per cent, down from 163 per cent back in 2007.

Low interest rates have removed any qualms we might once have had about financing our lifestyles with debt. But low rates are a trap.

Once borrowing costs rise, higher monthly payments will create an even larger shortfall between what we make and what we spend, or at least what we'd like to spend to enjoy life.

A smarter way to afford life's luxuries is to think small and buy more modestly.

If you purchase a car with payments of $400 per month instead of the more typical $500 or so, you have an additional $1,200 per year on an after-tax basis.

That would cover a nice dinner out once per month, or six dinners and some money left over for saving or investing.

Buying a smaller home might be the smartest financial move you ever make, and not just because you'll have more flexibility in spending your income and savings.

It also addresses many of the concerns people should have about buying a home right now.

If mortgage rates are higher at renewal time, you have less exposure than if you bought the biggest house you can afford. If the cost of home insurance, home heating, electricity, water bills and property taxes soar, your share is smaller than the family that bought the mega home.

You'll also have fewer rooms to fill with furniture and electronics.

Buying small means having it all, but in smaller portions.

For autos and homes, think small for big purchases
July 15, 2013 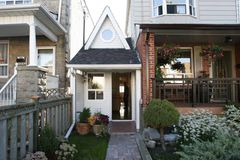 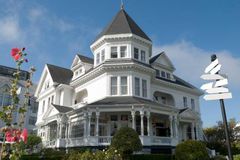 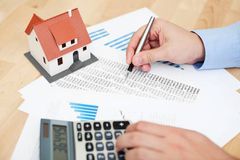 Carrick on money: To save money, this couple sold their house
July 22, 2013 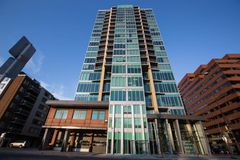 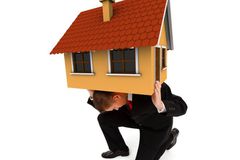