Get over your hang-ups about renting versus owning a home.

The latest census data suggest the home ownership rate in this country may have already peaked, and that means more renting ahead. The idea of peak oil has fizzled, but peak housing is a theory we can build on.

Peak oil referred to a point where demand for energy would cause oil production to max out and then begin a disruptive long-term decline. For a bunch of reasons, no one worries much about peak oil any more. But peak housing is staring right at us.

Let's define peak housing as the point where the maximum rate of home ownership is reached. Census data show the national home ownership rate – that's the percentage of households that own – fell to 67.8 per cent last year from 69 per cent in 2011. Among 30-year-olds in 2016 who lived in their own place, 50.2 per cent were owners. Baby boomers at that same age had a 55.5 per cent ownership rate.

Census data going back to 1971 show the home ownership rate rising from 60.3 per cent. Without improved affordability from a serious price decline or rise in income, we may be looking at steady declines from here.

Home ownership has become this country's consensus measurement of financial success and a sure sign someone has reached adulthood. But rising prices are shrinking the supply of buyers. We may have to soldier on with more of our young adults renting or owning condos instead of houses.

Survey results consistently show that young adults are hungry to buy homes. It's economics keeping them out of the market, not a lack of commitment to owning. How can you not want to own when your parents keep telling you that buying a house was the best investment they ever made?

Realtor Ralph Fox is convinced the ownership rate has peaked in the Greater Toronto Area, which he compares with cities like New York (a home ownership rate of about 31 per cent) and London (slightly more renters than owners). "In a not too far off future, there will be nine million people living in the GTA and whether we'd like to admit or not, the majority of the GTA's inhabitants will be renters, and not by choice," he wrote in a recent blog post. "The housing situation in Toronto is never going to be fair, but then again, life isn't fair either."

The unfairness problem is big. Expensive housing puts upward pressure on demand for rentals and, in turn, the cost of renting. Renting is an absolutely viable alternative to owning as long as you're able to take your savings from not paying property taxes and home maintenance and invest it. But soaring rents undercut the renter's cost advantage.

In an interview, Mr. Fox said Toronto's rental housing market is crazy. "Everything goes in days," he said. "You have multiple offers, people pre-paying rents in advance."

Some see high rents as making a case for owning a home, but that's faulty logic. You have to compare rents not just against mortgage payments, but also property taxes and home maintenance costs that can average out to 1 or 2 per cent of your home's value per year. If rent's a stretch, ownership is plain out of reach.

This is particularly true of single-detached homes. Thirty-five per cent of millennials live in this type of home, compared to 44.4 per cent of boomers when they were at a similar age back in 1981. Statistics Canada says urbanization and increased apartment-building construction play a role here, but soaring house prices in some cities are a factor as well.

Peak housing will be hard on young adults who aspire to own, and on parents desperate to see their kids get into the market. In fact, parents may be almost as important as low interest rates in supporting the ownership rate at current levels. "Parents are playing more and more of a role," Mr. Fox said. "We see clients – millennials – whose parents are not only helping with the deposit – they're straight out buying properties for their kids."

There are affordable pockets across the country if you want to buy a house, yet ownership rates are down in most major cities over the past four years. The peak housing theory may just have a home in Canada.

Editor's note: Are you a family living in Toronto or Vancouver who has chosen to rent, instead of own, for the long term? Would you like to share your story with The Globe? If so, please send us an e-mail.

Why first-timers should rethink buying in a hot housing market
April 18, 2017
The Down Payment Tool: Find out when you’ll be a homeowner
July 14, 2016 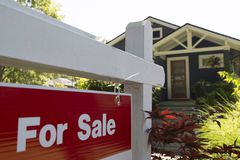 Sorry to burst your bubble, but owning a home won’t fund your retirement
September 26, 2017 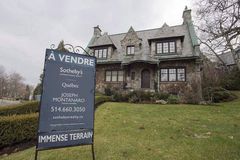