Cheaper clothes, discount travel rates and lower-priced movie tickets – sometimes, it pays to be a student.

Michael (not his real name) uses his university identification card to take advantage of the student rates offered by Greyhound Canada, an inter-city coach service, and tourist attractions such as the Ontario Science Centre. In April, he flashed his ID to score a discount to see the Tim Burton exhibition at Toronto's TIFF Bell Lightbox. But Michael, 23, sheepishly emphasizes that he "rarely" uses it any more. That's because he's no longer a student.

"I know that I'm not doing the right – quote unquote – the right thing," says Michael, who graduated from University of Toronto with a double major in English and political science in November, 2009. "But it still doesn't really stop me. I save a few bucks and that's what makes me happy."

Michael is part of a cadre of strapped-for-cash college and university graduates who have come up with a creative way to save money: using their student ID for discounts even after leaving school. While some companies, such as clothing retailer Club Monaco (which gives students a 20-per-cent discount off all merchandise), offer year-round bargains, other companies are taking advantage of back-to-school mania by ramping up their student deals. For instance, Air Canada is promoting its Student Pass, a package of six one-way flights for registered students living away from home.

Matt McMillan, vice-president, external, of University of Calgary's student union, says he's aware of recent graduates who get student rates for things like cable and banking, but doesn't think the practice is rampant.

Still, Mr. McMillan, says it's important for students to maintain a good relationship with the companies that offer them discounts.

"The fact that companies do offer discounts – it's beneficial to them that students go to those companies, and it's beneficial for students," he says. "Keeping a good nature between those parties is important so those discounts continue."

Toronto-based retail consultant John Winter says companies often overlook the misuse of student IDs because they are still making a profit. Clothing, for example, is often marked up 100 per cent: "If you offer somebody 20 per cent off, you're still making a very nice profit."

The goal of most companies is to "retain and expand customer base," Mr. Winter adds, so as long as these former students continue to patronize their business, the benefits of overlooking ID misuse outweighs the costs.

The YMCA of Greater Toronto offers discounted summer gym memberships for full-time students, and waives the one-time initiation fee for those who live in Toronto year-round until they leave school and start working. With an "honour system" in place, the YMCA says it trusts students to show valid, current identification.

Since its student discount is minimal, there is no incentive for former students to misrepresent themselves, says Lesley Davidson, senior vice-president of the Toronto location.

"The YMCA supports young people through life's transitions, and from school to work is a major life transition," says Ms. Davidson. "So if a recent graduate wants to continue their membership with us, but they don't have the funds ... we will sit down with them and discuss their needs, and if warranted, we provide financial assistance."

"When a customer purchases a student discounted fare, we trust the customer is indeed a current student in possession of a valid student identification card," spokesperson Timothy Stokes wrote in an e-mail.

Despite the company's policy, Sherry Xie says she took advantage of Greyhound's student discount after her friends told her the company doesn't check expiry dates.

Ms. Xie, 30, has not been a full-time student since 2005 (she enrolled in part-time courses on and off from 2008 to 2009), but continues to use her ID from Ryerson University. She says she doesn't think twice about using her ID.

"I'm a deal hunter, so if I know I can get a better deal, why do I bother to pay a higher price, right?" she says, "You might feel a tad guilty about it at the beginning, but then you feel that, 'Oh, everybody's doing it. Why not?' "

Businesses can easily confirm a person's student status by checking the expiry date on the card, but they rarely do, says Ms. Xie, whose Ryerson ID expired in 2009. Neither she nor Michael (whose University of Toronto ID has no expiry date) has ever been caught.

While using a student ID after graduation is not criminal, personal finance expert Kelley Keehn discourages people from making it a habit.

"The use of a student discount card isn't the most heinous of actions. However, it's not a habit a young person wants to flex after they've completed their studies," she wrote in an e-mail. "Certainly, being a starving student and relying heavily on deals over many years creates a sort of habitual entitlement of sorts, but at the end of the day, it's still wrong."

In addition to being saddled with debt from rising tuition fees, fewer jobs in a weak economy means some former students are watching the bottom line even more than usual.

Rosemary, who did not want her last name used, flashes her student ID "a few times a year" to get deals on museum tickets and clothes from Club Monaco. After graduating from the University of Toronto in 2009, the 24-year-old began working part-time at a Pittsburgh-based non-profit organization. As her starting wage was $10 an hour, she found that half her paycheque was going to cover rent.

This September, Rosemary will be pursuing a masters degree in urban planning at Columbia University, and says she is being extra vigilant with her cash: "I'm going to have to take out loans, so I need to be as frugal as possible."

Michael managed to pay off his undergraduate loans a few months ago. Since then, however, he has plunged back into debt after enrolling in law school in the U.K. this September. With tens of thousands of dollars on the line, he says the guilt of using his university ID has somewhat abated: "I'm still paying for school, so technically I'm still a student." 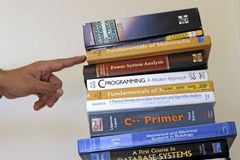 earlier
Earlier Discussion: How to deal with student debt
July 29, 2011 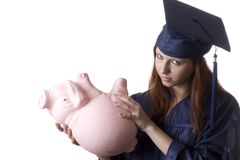