Listen to these voices if you think high personal-debt levels in Canada are nothing to bother about.

"Our debt is a black cloud hanging over us," an applicant to our Globe and Mail financial boot camp wrote us (check it out here). Another wrote: "We have had [debt] for so long, we have become numb to it." Other boot camp applicants said debt is preventing them from buying a house, helping their kids, saving for retirement and fulfilling ambitions such as travelling. "Being in debt is holding me back from so many great opportunities," one young woman wrote.

Economists use data on incomes and borrowing to analyze debt trends, whereas we heard directly from debtors. We casually announced our boot camp a few months ago on social media and received hundreds of responses in a flash. The issue raised by most people by far was debt. Over and over, people told us about their overspending, their impulse buying and their lack of financial discipline.

Publicly, the level of alarm in this country about our record-high personal debts has tailed off in the past year or so, probably because interest rates are so low. Only economic analysis from outside the country expresses much concern. Last week, an outfit called the McKinsey Global Institute looked at 47 countries and included Canada in a Group of Seven with "potential vulnerabilities" in household debt that could lead to financial instability.

We typically analyze debt by looking at the rate at which the amount of money being borrowed is rising. On this count, we're doing so-so. RBC Economics reported last week that debt levels grew at a rate of 4.6 per cent in 2014, which compares with RBC's projected 2014 personal income growth of 3.6 per cent. On the positive side, the rise in borrowing last year wasn't far off the 3.9-per-cent increase of 2013, the lowest growth rate since 1995.

The interest rate cut by the Bank of Canada last month may well fuel faster growth in borrowing, but that's the point of lowering the cost of mortgages, loans and lines of credit. Our weakening economy needs consumers and businesses to spend money. Anyway, we seem to have reached a steady state of complacency about borrowing.

Partly, that's a result of the fact that delinquency rates on payments for debt such as mortgages and credit cards are at extremely low levels right now. The consumer credit reporting firm Equifax said last year that while debt levels were increasing, the percentage of debt payments that were unpaid for 90-plus days hit 1.1 per cent, the lowest level since 2008.

David Madani of Capital Economics plays down the importance of these numbers by noting that delinquencies are a backward-looking indicator that tell us little about how family finances will hold up in the future. He also dismisses the importance of stats showing that the amount of interest households are paying on their debts has fallen to an all-time low of 6.8 per cent of disposable income in the third quarter of last year. "No one just pays the interest cost on their debt," he said. "When you have a mortgage, for example, you pay principal and interest."

Seven years of low interest rates have further contributed to our complacency about debt. So has the simple fact that a significant number of people have little or no debt. The Canadian Association of Accredited Mortgage Professionals – mortgage brokers, in other words – issued a report last fall saying that there were 9.6 million homeowners in Canada, an estimated four million of which have no mortgage (they may have other debts).

Those who are in debt sound stressed and exhausted. "I'm tired of worrying about it – [I] would like my paycheques to be mine, not all going to the Visa," one boot camp applicant wrote. Another said that reducing debt is important because it will "significantly reduce my stress and allow me to be optimistic about my future." Still another said, "I feel like my consumer debt has been hanging over my head for years." The numbers may say our debt load's bearable, but people in debt have a different take.

Our boot camp offers ideas for attacking your debt, as well as increasing your savings and addressing the financial issues particular to the young adults of Generation Y. It also shows you how to find answers to your questions about whether you have enough money to retire. Debt's the key to it all, though. It's the gateway drug of personal finance – and it's a hard habit to break. As we look ahead to a possible interest rate cut in March, let's all remember that being in debt costs you more than just interest.

Thursday: Why we're not saving enough 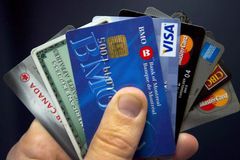 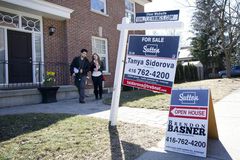 Why Canadians need to get more aggressive with their retirement saving
October 20, 2014 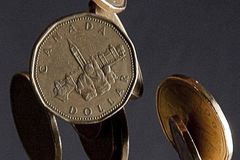 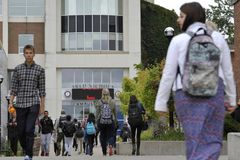