Shopping for homes in a red-hot market is no easy task.

Just ask Caleigh and Rory Amelio, who recently relocated to Caledon, Ont., after selling their house in downtown Toronto.

When the Amelios spotted their dream home in a picturesque – and popular – neighbourhood north of the city, the couple understood the need to act fast to secure the property. In doing so, they made a purchase offer before selling their residence in the city's west end.

"With the housing market the way it is right now, you're forced to make decisions without having all the answers you want to have," Mr. Amelio explains. "The Caledon market was so hot that we had to buy our new place prior to selling our home, and without any closing conditions."

The Amelios' situation is commonplace in frenzied real estate markets, such as those of Vancouver, Toronto and, for now, Calgary, where bidding wars and snap buying decisions are the norm.

Demand for homes in desirable neighbourhoods – particularly those within or near downtown cores – is so strong that buyers are often forced to waive common-sense conditions, such as housing inspections and financing clauses, when making a purchase offer, then cross their fingers and hope their existing home sells quickly once the bidding-war dust has settled.

When those sale and purchase closing dates don't match, enter the need for bridge financing.

Put simply, a bridge loan is a short-term financing tool that helps purchasers to "bridge" the gap between old and new mortgages by allowing them to tap the equity in their current residence as a down payment, while essentially owning two properties concurrently as they wait for the sale of their existing home to close.

"With how hot the real estate market is now and has been over the past few years, we've seen an uptick in bridge financing," Mr. McKinley says. "It's really necessary when you know there's going to be a lag in closing dates."

Although the math behind bridge financing has been known to confuse more than a few home buyers, it's a relatively simple equation.

To determine the amount of a bridge loan, take the purchase price of the new house, then subtract the value of the mortgage and the initial deposit. The leftover amount is the sum that will need to be financed until a sale is complete.

In the Amelios' case, the decision to seek bridge financing was also strategic, so they could make upgrades to their new house without the stress of trying to remodel around their young children.

"Bridge loans can offer huge benefits without much expense," Ms. Amelio points out.

Indeed, the couple paid about $780 in interest and administration fees to finance their bridge loan, a relatively small sum that offered peace of mind during a potentially stressful transaction.

The affordability of bridge loans – which are typically offered for no more than 90 days, and only when a firm, condition-waived sale agreement is in place for the borrower's existing property – is another factor behind their popularity, according to Luke Wile, a mortgage broker with Red Key Mortgage Group in Calgary.

Still, he notes that bridge loans are more expensive than traditional mortgages. Interest rates vary by financial institution, but major banks typically charge prime plus 2 per cent a day, in addition to legal and administration fees that usually range from $250 to $500.

Why the higher rates? As Mr. Wile explains, bridge loans carry greater risk due to the fact that a home sale could technically fall apart before the transaction is officially completed, heightening the risk that a purchaser will suddenly be left carrying two, often sizable, mortgages.

While the downside of bridge financing is minimal, there are some key considerations to keep in mind.

The first, explains Sandra Price, a mortgage broker with East Coast Mortgage Brokers in St. John's, Nfld., is that home buyers still need to qualify to acquire one. "If you can get a mortgage, you can usually get a bridge loan, but they will look at your credit score and you will need a strong credit portfolio to get this kind of loan due to the increased risk," she points out.

Another challenge: Not every financial institution offers a bridging product. In some cases, buyers – particularly those with weaker credit scores – might be forced to pursue financing from private lenders who charge far steeper rates, often in the range of 19 to 21 per cent.

Mr. McKinley cautions home buyers to be aware of another potentially dangerous scenario. "The worst thing you can do is purchase a property and then realize you can't be approved for bridge financing because you don't have the equity or can't service the debt," he warns.

His recommendation to buyers: Work with your mortgage adviser and develop a plan that takes into account everything from household cash flow to your ability to carry two mortgages in the event that a rare, worst-case scenario plays out.

For the Amelios, that scenario isn't so far-fetched.

"We were really fortunate because we know multiple people who are still holding onto their old homes after purchasing another house, which could put them in financial jeopardy," Ms. Amelio says.

In all, she would gladly spend the money to secure the flexibility and peace of mind that bridge financing provides.

"The week we had was very valuable to get painters and contractors into our new house and fix it up without children or furniture," she says. "Bridge loans help everyone out."

Cash-poor but house-rich retiree? The pros and cons of reverse mortgages
December 20, 2014 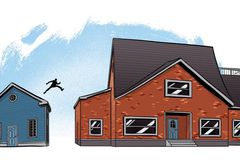 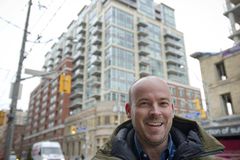 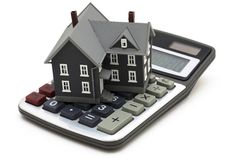 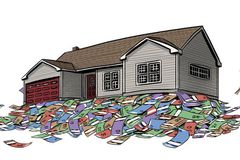 Can you really afford that house? Be sure to factor in renovations
January 14, 2015
Follow us on Twitter @globemoney Opens in a new window
Report an error Editorial code of conduct
Due to technical reasons, we have temporarily removed commenting from our articles. We hope to have this fixed soon. Thank you for your patience. If you are looking to give feedback on our new site, please send it along to feedback@globeandmail.com. If you want to write a letter to the editor, please forward to letters@globeandmail.com.
Comments