While politicians in Ottawa still can't decide who is in the middle class, a new analysis suggests wealth is increasingly gravitating to the very top.

The report by the left-leaning Canadian Centre for Policy Alternatives shows that the country's 86 richest individuals and families – or 0.002 per cent of the total population – are getting richer and have now accumulated as much wealth as the country's poorest 11.4 million.

That's more than in 1999, when the richest 86 had as much money as the poorest 10.1 million, according to the report, to be released Thursday.

The point of the exercise, says economist and author David Macdonald, who used Statistics Canada data and research from Canadian Business magazine, is to show that if income inequality is a policy and social justice concern – wealth inequality is worse.

In fact, the super-rich list of Canadian residents has little to do with income in the traditional sense, he said. None of the 86 are company CEOs – often the poster children of excess for their unseemly salaries and bonuses. Instead, the ones on the list are there by virtue of being company founders or related to company founders.

The super-rich have gotten there by creating and trading assets, whether companies, real estate or securities.

Inequality, whether in income or wealth, increasingly looks like it will become a key issue in the upcoming federal election, with Liberal Leader Justin Trudeau and NDP Leader Thomas Mulcair seeking to make the case that Conservative policies have left the middle class behind – with little job security, higher in debt, and in many instances, living paycheque to paycheque.

The government has pointed to the growth in net worth most recently reported by Statistics Canada in February as an indicator their policies are working for everyone.

"After-tax disposable income has increased by 10 per cent across all income brackets," noted Employment Minister Jason Kenney at the time.

But Statistics Canada also showed wealth gravitating to the top. While median income rose almost 80 per cent since 1999 to $243,800 per family unit, the top 40 per cent possessed 88.9 per cent of total net worth, leaving the bottom 60 per cent with a mere 11.1 per cent of the pie.

Eye-opening was the data that showed the poorest 20 per cent of family units had more debts than assets.

The issue flared again Wednesday after Trudeau asked Prime Minister Stephen Harper if he thought that the problem of the middle class was a myth. Harper chided Trudeau for his inability to define the middle class.

But the issue is not going away. The NDP has been especially critical of the government's decision to severely cut corporate tax rates, even in the middle of a recession, and getting little job creation or business investment in return.

The latest CCPA analysis also suggests that once someone gets to the top of the wealth ladder, they likely stay there.

Between 1999 and 2013, the report shows that the wealthiest 86 Canadians had enlarged their wealth from $118-billion to $178-billion on real non-inflationary terms.

Macdonald says a reason wealth growth is increasingly becoming concentrated is that it is taxed differently from income.

"A combination of a higher inclusion rate (for capital gains) and higher income taxes at the top of the income scale could go part way to offset the flood of wealth that is accumulating in the pockets of Canada's wealthiest and ensure some benefits are returned to the majority of Canadians."

Why Quebec candidates aren’t candid about their money
April 1, 2014 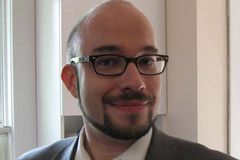 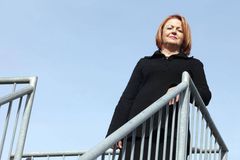