Financial planner Annie Kvick has one simple piece of advice for anyone struggling with money worries and debt stress in the new year: Get out of your head and start creating a financial plan.

"Most people actually have a pretty good understanding of their fixed costs. But they might not have written them down," says Ms. Kvick, a certified money coach in North Vancouver, B.C.

He points to a recent online survey conducted for the bank showing that while Canadians' No. 1 goal for 2017 is to reduce debt, only a quarter also said they plan to create a household budget to do this.

Here are some tips for slaying the spending dragon and conquering debt.

When it comes to avoiding debt, one of the biggest obstacles Mr. Golombek has observed across all income levels is prioritizing discretionary over non-discretionary spending – or put another way, failing to distinguish between needs and wants.

"That's when people get into trouble," he says. "You know, someone buys a car that's more expensive than they might otherwise be able to afford. Or they eat out more or they spend more on gifts that's not part of a budget."

To steer clear of such spending traps, Ms. Kvick advises people to review their finances and figure out how much money is coming in and going out.

Start by looking at your credit card and debit statements, she says, zeroing in on automatic payments for recurring bills to have a better understanding of all your fixed costs. Then start scrutinizing items such as gym memberships, streaming services or wireless plans, and ask yourself if you're using some of these things or if they can be scaled back.

"Once you have a realistic spending plan you can stick to, which accounts for all your fixed expenses, then you can determine how much is leftover to start a debt-repayment plan with," Ms. Kvick says.

Anyone with consumer debt – such as credit card debt, which is typically at higher interest rates than long-term secured loans such as mortgages – should make paying it off a priority, says Mr. Golombek.

"When you're putting things on credit cards, you're looking at interest rates of around 20 per cent," he says.

"If people aren't fully paying their credit card bills every single month then they're carrying a balance on a regular basis and the interest expense can really put a dent into a household budget."

Ms. Kvick says one of the key reasons why people often fail with debt repayment plans is that their budget allows no room for something aspirational.

"You need to have some kind of nugget, something you're dreaming toward, a goal," she says.

The danger of solely focusing on debt repayment over an extended period is that it "may start that slippery slope of accumulating debt again," because you haven't achieved the right spending balance.

Part of figuring out where you want your money to go after fixed costs should include things like a vacation, or an upcoming birthday party, Ms. Kvick says.

Don't be afraid to tweak your plans after trying out a new spending budget for a few months, says Ms. Kvick, but also consider getting help if you can't do it on your own.

A first step could include finding an "accountability partner," whether that's a spouse, or a friend or family member if you're single, she says. "Someone to check in on you and see how things are going."

And if that doesn't work, engage a professional who can motivate you, adds Mr. Golombek.

"A financial adviser has the

expertise in helping people with financial priorities and getting out of debt, and putting together a financial plan," he says. 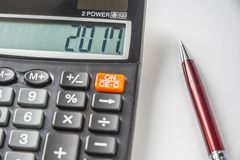 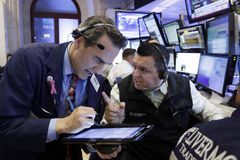