Canadian robo-adviser platforms are hoping to lessen the burden of education savings for parents with a new crowdfunding feature for Registered Education Savings Plans.

Smart Money Capital Management, a robo-adviser platform that just celebrated its one-year anniversary, is set to launch a crowdfunding feature for education savings by the end of 2015. The tool will allow parents to send out a direct e-mail link to family and friends asking for RESP contributions in lieu of presents.

The online tool, called Smart Start Giving, can be used by clients who have opened an RESP account for significant events such as birthdays and holidays.

"For many parents, the last thing they need is another Lego set in the house," says Nauvzer Babul, founder of Smart Money Capital. "My in-laws have always given our two children money for their birthdays instead of a gift, which I would then put directly into their bank accounts. It made me realize how much easier it would be if they could directly contribute themselves."

Parents will be able send out the link as early as six to eight weeks before the event and receive an e-mail once a contribution has been made. Once all contributions have been made – usually within a week after the event occurs – parents are sent a summary of each contribution and all celebratory messages that were sent to the child.

Once all contributions have been made into a holding account, Smart Money will deposit the lump sum into the RESP account. All investments, and risk assessments, are still made by the account holder.

The idea of crowdfunding for education savings is already happening in the U.S. Online sites such as GiftofCollege.com and GradSave.com allow parents to publicly crowdfund for education savings, which can then be deposited into an existing 529 college savings plan (the U.S equivalent of an RESP).

Toronto-based online portfolio manager Wealthsimple plans to set up its online "gift registry" feature in early 2016, an idea that was sparked six months ago when Wealthsimple's chief marketing officer Jason Goldlist became a parent himself for the first time.

"When my son was born, we had a lot of incoming gifts and we received more infant sleepers than we know what to do with – which is great – but when both grandfathers approached me about wanting to contribute to my son's education savings, it got me thinking," says Mr. Goldlist.

Currently, in order for family and friends to contribute to an RESP, a written cheque or direct cash has to be provided to a parent in order to deposit into the account. With a crowdfunding option, contributions could be electronically deposited into the child's RESP directly with an alert notifying parents of the gift.

"For many traditional advisers, they are heavily focused on retirement savings and estate planning," says Mr. Goldlist. "But we work with a lot of millennial investors, and when they think about their saving priorities it comes down to saving for a wedding, a first home or their first child – so this is a natural shift for us to move towards."

A four-year university degree can cost upward of $60,000 or more, including tuition, room and board, books and spending money. For children born in 2013, costs could reach $140,000 by the time they attend a postsecondary institution, according to research compiled by BMO Financial Group.

Only half of Canadian parents are using an RESP to save for their child's education, and only 20 per cent are taking full advantage of the available government grant, found a 2013 study by BMO Wealth Institute. Seventy per cent of parents recommend saving from the time of their child's birth, but only half have set up an RESP.

Some relatives worry that if they hand over a lump sum of cash, it might not end up directly in the RESP as originally intended, says Randy Cass, CEO of Nest Wealth, an online wealth manager that is currently researching placing a digital gifting feature on their platform.

"In situations like this, giving an envelope of cash has always been the start and end of the process," says Mr. Cass. "However, when you give a gift directly to an online account of someone who you love, you'll also be able to rest easy knowing the gift you gave is invested in a proper manner, monitored by a licensed professional and then used for the intended purpose." 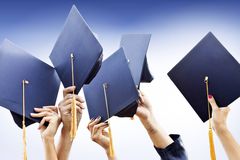 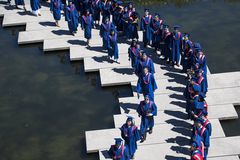 How to spend next to nothing on back-to-school this year
September 4, 2015 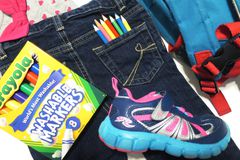