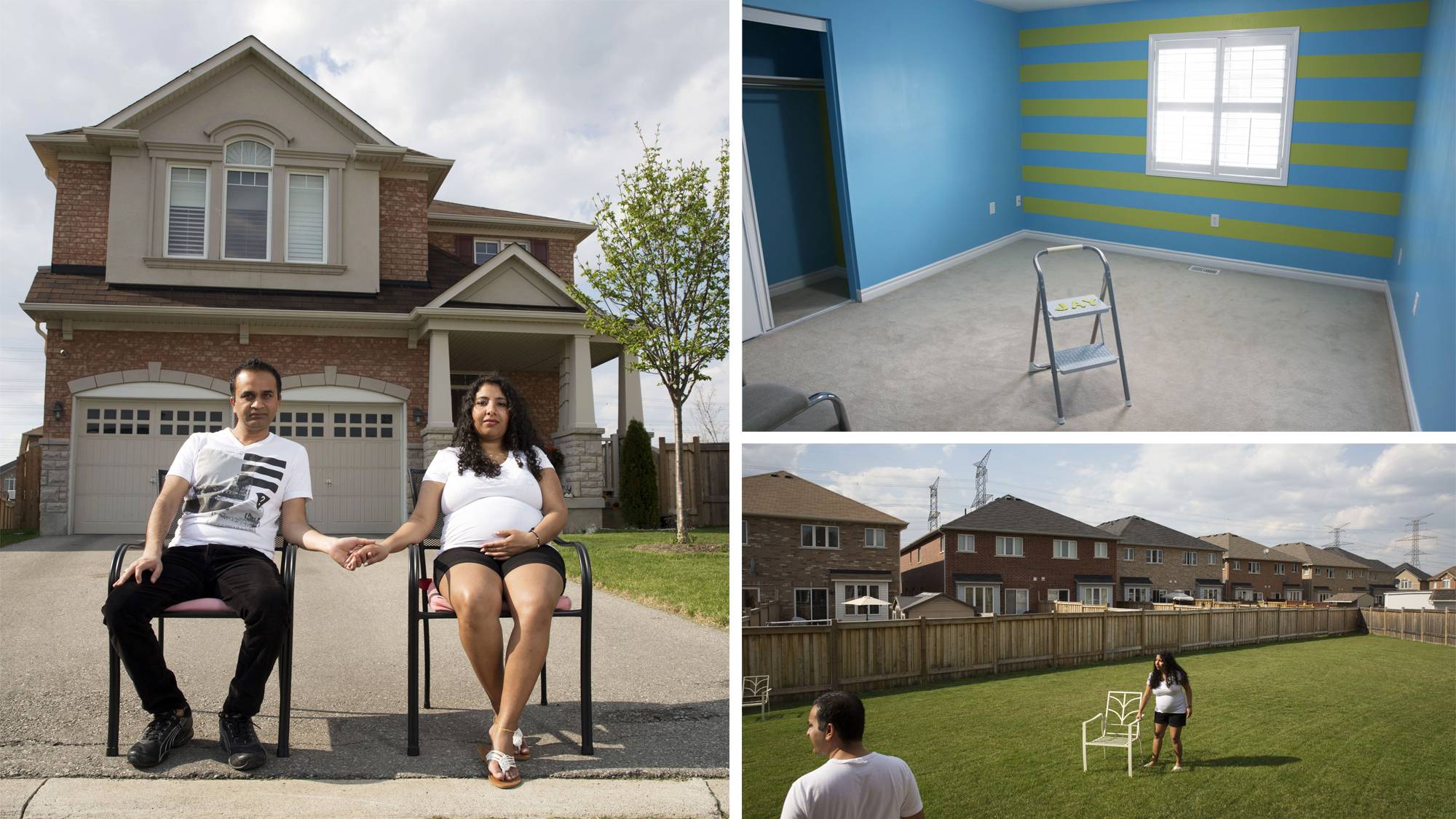 Clockwise from left: Vicky, left, and Sandhya Bhardwaj outside their Mississauga, Ont., house; the bedroom for their coming baby; the backyard of their property. (Matthew Sherwood for The Globe and Mail)

The couple: Vicky and Sandhya Bhardwaj

Goals: Reduce debt, adjust financially to having a child and save enough money for a comfortable retirement.

Vicky and Sandhya Bhardwaj are expecting their first child in August. Once their son arrives, the couple will be living dangerously close to their financial edge.

Mr. Bhardwaj’s entire paycheque – he earns $73,000 a year – goes toward the mortgage payments on the four-bedroom, five-and-a-half bathroom Mississauga house they bought in 2011 for $747,000. Mrs. Bhardwaj’s salary of $55,000 covers everything else, from utilities, groceries, and gas and insurance on their cars, to the interest on their two lines of credit and credit card.

The couple, both of whom work in the financial services industry, tried to make up for the looming cash crunch by applying for another line of credit, but their already large debt load disqualified them. “We knew we could not get any more money from the house, other than through our existing line of credit,” he says. Other options – another credit card or borrowing from family – are their last resort.

Instead, Mrs. Bhardwaj, 33, is trying to sell some additional insurance policies. If everything goes according to plan, she could earn between $10,000 and $15,000 in commissions. Her retired father has offered to contribute up to $500 a month from his pension.

Is the couple worried? Although Mr. Bhardwaj acknowledges that the uncertainty of having a baby they had not planned for, combined with the temporary loss of his wife’s salary, is “stressful,” he believes their financial situation is manageable and will improve in the years ahead. “It is risky business, but somehow things work out.”

In many ways the Bhardwajs fit the description of the Bank of Canada’s most “highly indebted,” the 12 per cent of people who are shouldering about 43 per cent of this country’s overall household debt. They are in their 30s, reside in Ontario and are homeowners with a hefty mortgage. What concerns central bankers is how little financial wriggle room they would have to deal with an unforeseen event such as a jump in interest rates, the loss of a job or a sudden illness.

Living paycheque to paycheque, deep in debt, does not faze Mr. Bhardwaj. He came to Canada from India 11 years ago with no savings and has steadily worked his way from a door-to-door sales job into a managerial position with a good company. Like many other couples, he and his wife are chasing the increasingly elusive North American dream: two cars, good jobs, a spacious home with a big backyard. His wife’s family was already living in the Toronto area and since he planned to bring his own parents here as well, the couple looked for a place that would fit all of them.

What to do when your mortgage rules you 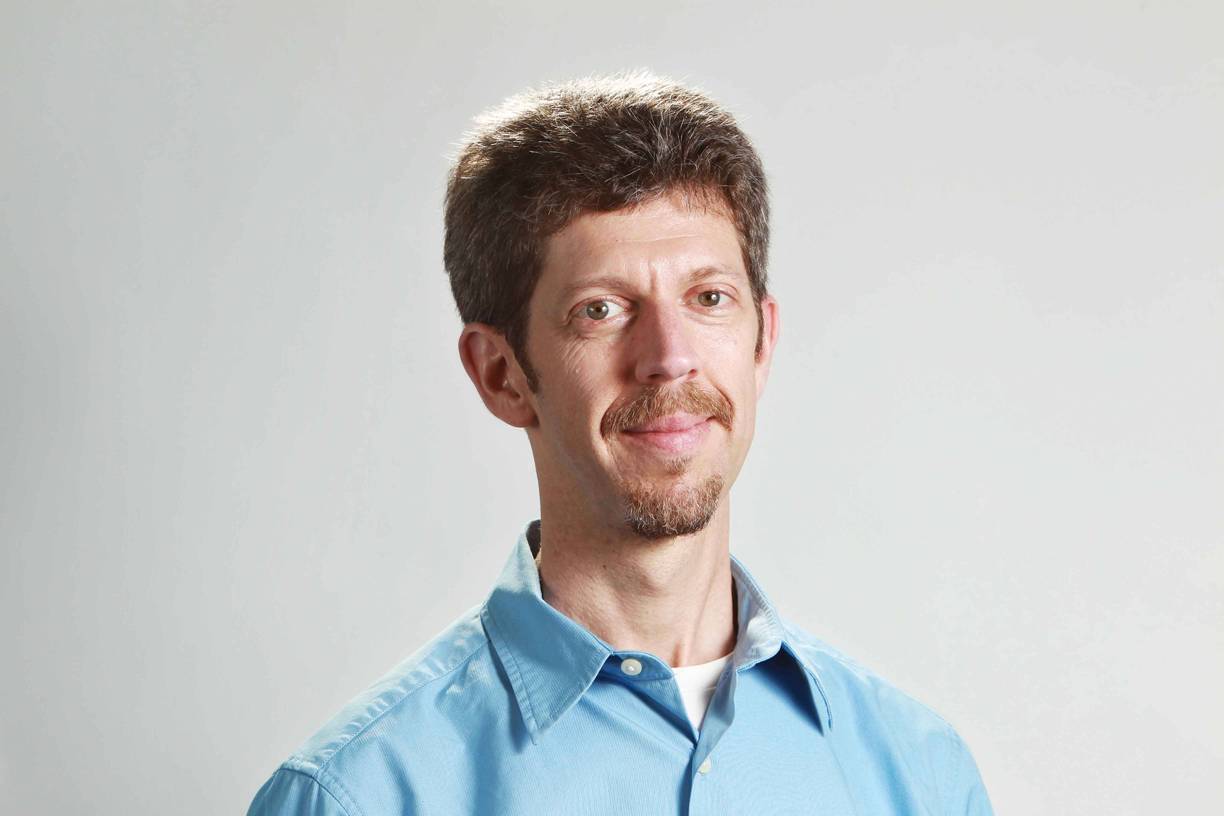 The Globe’s personal finance columnist Rob Carrick speaks with a financial planner about the Bhardwajs’ situation.

The “forever” house they eventually bought – a 3,500-square-foot newish build with a two-car garage – fits that bill. “No more fighting over the washroom,” Mr. Bhardwaj jokes of their current home, which has four bedrooms each with an ensuite bathroom. There is a kitchen with granite countertops, and a family, living and dining room, each with hardwood floors.

When it came time to buy, there was a slight problem in that the Bhardwajs could not afford their dream home. Because they had borrowed money for a second car and incurred other debts, the bank would only give them a mortgage of $650,000, despite their already having purchased their place for roughly $100,000 more.

In order to meet the bank’s requirements, the Bhardwajs borrowed $80,000 from family to pay down debt (which they have since repaid) and added her father – who has a pension – to the house title. If that doesn’t sound stressful enough, they also had yet to sell their starter townhouse. “We were really nervous,” Mr. Bhardwaj said. He mapped out their expenses, crunched the numbers and they decided they could afford it, barely. “We knew that with the income we had we would basically just survive.”

Despite a mountain of debt, they don’t regret buying their home. “You do think about it – maybe it would have been easier if we had gotten a smaller house,” he said. “But my wife says it was the best decision for us, and I agree.”

Mrs. Bhardwaj describes them as “house rich but home poor,” which she says means they have a large lovely home full of shabby old furniture. “We can’t afford to buy any nice new things for in there right now.”

Their house sits on an 11,000-square-foot lot and in addition to repaying some debt, the couple had wanted to put in a pool, as well as landscape and complete the unfinished basement. That was before the baby.

“Until five months ago, reducing debt was the biggest thing we talked about,” Mr. Bhardwaj said. “Now our goal is try to plan for the kid. We have bought a stroller and we need to buy a crib, while we still have money coming in.”

“This is really happening,” he said, “so we are starting to enjoy it.”