A guy named Sydney just picked me up. I don’t know Sydney, but he’s got a 4.8 star rating and he’s driving a spotless Toyota Prius.

I don’t often hail rides with strange men, but when I do my goal is to save money. So in the spirit of cutting costs, I’ve decided to spend a week shopping Toronto’s so-called “sharing economy” to see how much cash I can save over the “not-so sharing economy.” I even dedicated a smartphone screen to apps that enable peer-to-peer commerce, everything from trips to meals to clothing.

I have a screen dedicated to 'The Sharing Economy.' Yes, I own that weird red shoe. pic.twitter.com/a5SmisYHLy


Chelsea Rustrum, author of It’s a Shareable Life: A Practical Guide on Sharing, says the entire system is "enabled by the Internet and uses trust networks.”

Ms. Rustrum tells me automobiles are the perfect example of a sharable resource that is under-utilized, or something you might not want to own. “They sit most of the time, so if you’re in a city, ride sharing and car sharing make a lot more sense."

Back in the Prius, Sydney offers me a bottled water and suggests I sit in the front to avoid looking like a ride share. “We don’t need attitude from the airport taxis,” he says. “Besides, we need to make room for Lauren.”

I don’t know Lauren. So when a gal stumbles into the back seat stuck in a lip lock with some guy, I wonder if saving money with UberPool is worth it when the pool is busy hitting first base.

For the record, I’ve been an Uber rider for months and have used UberX – Uber’s low-cost car-hailing service – to save 50 per cent over regular Toronto cab fare. But is using UberPool, where you share and split the cost of the fare with another rider, to cut an additional 30 to 45 per cent off UberX’s already-low fares a little too intimate for me?

The economies of sharing and saving are best when applied to our biggest expenses – transportation and shelter. I needed a place to stay in Toronto, so I tried to find a cheap sofa to crash on through Couchsurfing.com – a website boasting of a “network of 10 million interesting locals in over 20 countries and territories all across the world.”

Since Ms. Rustrum dedicated a full chapter to couchsurfing in her book, I thought a sofa would be in my sharable sight. Sadly, Toronto isn’t a hotbed for couches as my search found: “No hosts in this area.”

Moving to another platform, I combed through Airbnb for a local host willing to rent me a condo.

With little effort and thanks to my Airbnb reputation for being a “great guest,” I scored a “modern studio” in the entertainment district with a price tag of $477 for five nights. The place had in-suite laundry, air conditioning, TV with Netflix, and helpful instructions for sightseeing in Toronto. As a bonus, my host left me a bottle of wine, coffee, and fresh flowers. He texted me twice to see if I had any questions. Not only did I drink his wine, but I replaced it with a better bottle. I gave him five stars. He gave me five back.

A comparable place with similar amenities is the upscale downtown Toronto SoHo Metropolitan Hotel & Residences. But at a rate of $285 per night, my stay there would have cost a whopping $1,425, plus the bottle of wine.

I wanted to take my spouse out on the town while downtown, but we needed a babysitter to really cut loose. DateNight, a babysitting app that connects parents with local sitters seems like a handy concept – who wouldn’t want to take a kid-break with a simple tap of an app? Like all “Uber-like” sharing economy platforms, DateNight relies on reputation, vouching, and peer reviews to help facilitate safer peer-to-peer transactions. But using my kid to try a sharing service is not for me. I think I’ll stick to the other sharing economy where my network of trusted friends, family, and neighbours watch my kid for a well-deserved hefty fee.

I wanted to buy my husband lunch. I was a few taps away from ordering a $12 salad through UberEats, when I stopped to think about sharing and the rules of the economy. UberEats is not a peer-to-peer platform – it’s simple retail – business to customer. We decided to go out for lunch instead and in the spirit of sharing, we split a big salad and the bill. 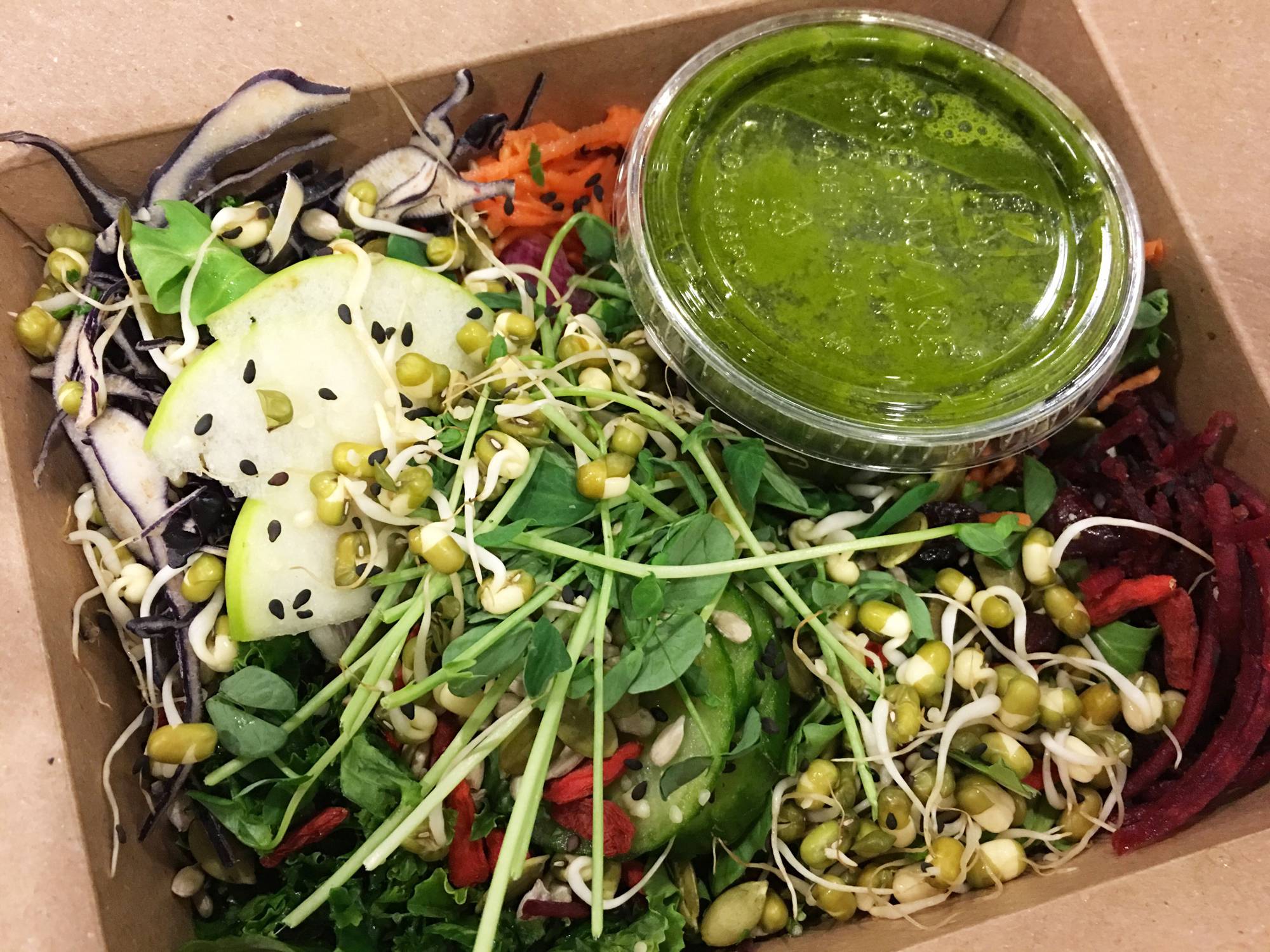 Nearing the end of my sharing week, I realized I needed a dress for a gig in Ottawa.

In It’s a Shareable Life, Ms. Rustrum makes a strong case for renting formal wear over buying because “a designer cocktail dress often costs upwards of $400 and is typically worn only once.”

Toronto-area online dress-renter RentFrockRepeat.com offers professional fittings on their designer inventory for those looking for one-time wearable threads. My challenge with renting is I often wear a dress more than once.

Take my blue Victoria Beckham number, for example. I bought this dress second-hand at a consignment store last year. To date I’ve worn the darn thing (in public) at least 10 times, and I think the people who’ve seen it multiple times think it’s the only dress I own. 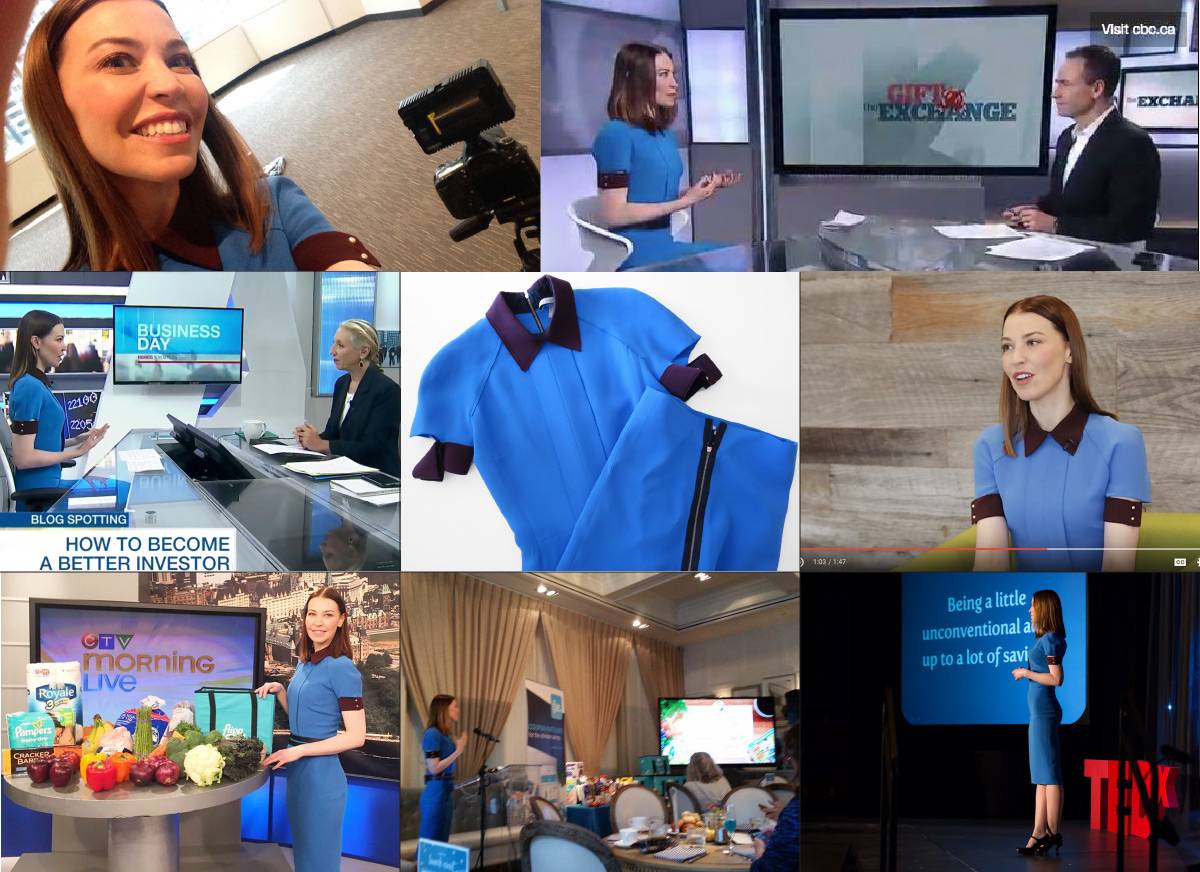 I’m into dress ownership and embrace multiple wears, so I scored a little black designer dress for under $400 on the VestiaireCollective.com – a community platform where members buy, sell, and negotiate prices on pre-owned luxury items. Spending $400 on a dress may sound steep, but that’s the cost of a quality piece at mall favourite Club Monaco. Brand new, my black designer dress retails for $1,900.

My clothing conclusion? Buying used goods via the sharing economy is a fairly affordable way to cut costs while buying high end goods with designer flare.

So where am I going with this?

At the end of my week with the sharing economy, I was sure of one thing: I had saved big bucks - between 66 and 79 per cent - by installing apps, reading peer reviews, and negotiating prices on peer-to-peer platforms. Not only is sharing convenient with the tap of an app, but this economy seems friendlier in that the focus is on experience and consumption over conspicuous consumption.

Sure, there were some failed attempts along with the deals, but the best thing about my sharing experience was meeting people who took an interest in me and my visit. Well, maybe except for Lauren and her boyfriend.