When Dan Martell sold his start-up computer company in 2008, he became a millionaire at 28 – an age when most people's personal finances are barely taking off.

It wasn't long before the money leeches caught wind of his new-found fortune.

"A lot of people were approaching me and asking for money, especially on Facebook," Mr. Martell says. The affable Moncton, N.B., native politely turned down the pesky requests. Instead, he splurged on a cottage, a boat and a hot tub, and spent the summer wakeboarding.

But in the fall when his buddies went back to work or school, Mr. Martell found himself in a slump. "I went through this depression where I would wake up and think, 'No one cares if I get up in the morning,'" he says. "That is a weird feeling."

It's difficult to feel badly for the filthy rich. Yet experts say that getting a financial windfall – whether the money is earned, inherited or won – is a life-changing experience that can be traumatic, isolating and stressful.

"It is not as easy as it looks from the outside," says Susan Bradley, a financial planner who founded the Florida-based Sudden Money Institute.

It provides the newly rich with emotional, psychological and practical support. "Most people who get a windfall are sleep-deprived. They deal with trauma-like symptoms. Some get paranoid and suspicious. Others feel guilty or anxious. Change is stressful, and this is a prolonged personal change."

The term sudden wealth syndrome was coined in the 1990s to describe the psychological reactions of newly affluent dot-com entrepreneurs of Silicon Valley. But there are many other paths to becoming an overnight millionaire: winning a lottery, inheriting an estate, signing a professional sports contract, getting a divorce or an insurance settlement, even retiring.

The suddenly wealthy have to rethink fundamental aspects of their lives, such as where they live and whether they will keep working, Ms. Bradley says. "We as human beings need purpose in our life, and frequently we get that through our careers. A lot of money opens up a bunch of possibilities, but initially, a whole part of your life ends. So you need a grieving process for the life you had."

Relationships are affected as well. Ms. Bradley has seen previously happy couples torn apart by a windfall, while other people feel isolated from family and friends they are no longer sure they can trust.

Moira Somers, a professor of clinical psychology who runs Money, Mind and Meaning, a financial therapy and coaching business in Winnipeg, says most people function within a financial comfort zone. "We have a sense of 'These are my people, this is my neighbourhood, and this is what I know.'" So what most people would regard as a lucky break can leave the recipient disoriented, she adds: "No matter how lovely the resources we are handed, it can be scary."

In addition to counselling people with sudden fortunes, Dr. Somers trains financial professionals to work with clients who are going through major financial transitions. She believes accountants, financial planners and estate attorneys, among others, need proper training to deal with the emotional fallout associated with financial windfalls.

Some newly rich people go on a stereotypical spending spree. "They buy a car, they travel and they take their friends with them. They just do not slow down to understand that this is a windfall and it needs to last them for, in some cases, their lifetime," says Mark Goodfield, a tax partner at Cunningham LLP in Toronto. He suggests that windfall recipients park their fortunes in safe, short-term investments for three to six months and let everyone know you cannot give, loan or invest it until it comes due – "You need to give yourself some breathing space."

The worst thing you can do is make rash, irreversible decisions. "Some people give money away very quickly to family," Mr. Goodfield says. "They make loans to friends that are never repaid. Had they thought it through, they might have attached conditions to money, such as 'You need to finish school before you get it.'"

Stanley Tepner, a Toronto-based investment adviser at CIBC Wood Gundy, says the most common windfall recipients he sees are new widows and children receiving vast inheritances from their parents, scenarios that are going to become more frequent given current demographics and the intergenerational transfer of wealth.

"Most people, when I meet them, are in a form of shock," he says. "So they like hearing that, for now, they should do nothing."

Reactions among the suddenly rich are not what you might think. For instance, some children who receive an inheritance are in mourning and are therefore loath to blow the fortune their parents spent a lifetime building, Mr. Tepner said, adding: "This money comes with strings, it comes with emotions, and it has a purpose. It is a magnet for both good and bad situations. It really is quite a complicated scenario."

Mr. Tepner's advice is simple: Avoid making any significant decisions until you are ready. Put together a team of financial advisers you trust: Yes, they want money for their services, too, but unlike others with their hands out, they can at least help you draw up a detailed personal financial plan with practical goals like paying off debts and charting out who you want to help. Figure out how long you want this money to last and consider the tax- and estate-planning implications.

As for Mr. Martell, now 31, his semi-retirement lasted one summer. Not content to sit around and spend his money, he briefly moved to San Francisco, started networking and launched another technology company (developing a social marketing application for small businesses), which he sold in October.

Susan Bradley, financial planner and founder of The Sudden Money Institute in Florida, has th ese tips on how to cope with sudden riches:

Put six months of living expenses in your chequing account.

Put the balance of the money in a guaranteed account.

Give yourself a Decisions Free Zone – avoid making commitments to others, investments with risk or legal decisions that are permanent.

Keep your windfall as private as possible.

Find a key adviser who is trained to help people cope with their windfalls.

Select the other members of your advisory team – legal, tax, investments, gifting, insurance.

Take time to adjust: It may take a year or more before you understand what this windfall means to you.

Before you use the money, find your new limits for how much you can afford for a house, vacations and kids' education expenses.

Roma Luciw is the web editor of the Globe Investor personal finance site and writes for the Home Cents blog. 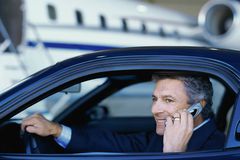 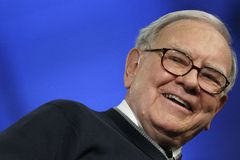 How high net worth individuals get more from their advisers
November 29, 2011 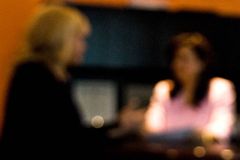 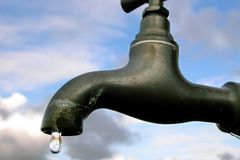