Preliminary findings from an upcoming study on internships in Canada show that the majority of interns are young women who make less than the provincial minimum wage – if they're paid at all.

The study, to be released soon by two researchers at the University of Victoria and the Canadian Intern Association, is aimed at determining the scope of unpaid internships in Canada amid a growing uproar about the practice both here and abroad.

Saskatchewan and Ontario recently cracked down on unpaid internships, while Alberta is facing calls to do the same.

Several American states are taking tougher measures against unpaid internships while parliamentarians in Great Britain recently passed a motion to ban the practice by a whopping 181 votes to 19.

The British motion was put forward by a Conservative MP who argued that unpaid internships disproportionately favour the children of the wealthy and well-connected.

In Canada, there's no such move among Conservatives to ban unpaid internships despite some estimates suggesting as many as 300,000 young Canadians work without pay – 200,000 more than in the United Kingdom, which has a population almost twice the size of Canada's.

The lack of federal labour market data, however, has made it impossible to determine a precise number, said Claire Seaborn, head of the Canadian Intern Association.

Employers in Canada are not required to report unpaid interns to provincial or federal authorities, she added, making meaningful data elusive. A private member's bill by an NDP legislator in Ontario would force employers to account for their unpaid interns.

Andrew Cash, a federal NDP MP who tabled a private member's bill on unpaid internships last fall, said he's working on another bill that will focus on beefing up federal regulations to protect those who are working for free.

Federally regulated telecommunications companies like Rogers and Bell are among the biggest users of unpaid interns in Canada.

"I hear it all the time from my constituents – anyone who has an adult child between 20 and 30 probably has some experience with unpaid internships, and they're mad about it," said Mr. Cash.

"It flies against everything we stand for in terms of labour relations in Canada. If you work, you get paid. And so we need to zero in on federal regulations so that everyone knows what the rules are."

Of the interns that responded to the survey by Isabelle Couture and James Attfield, public administration graduate students at the University of Victoria, 83 per cent reported earning less than the provincial minimum wage or nothing at all.

The majority of the internships are in Ontario and are most common in the private sector, where 49 per cent of respondents said they worked, preliminary results of the study found. Public and non-profit sectors made up the difference at 26 and 25 per cent respectively.

Forty-one per cent of respondents reported working for entertainment, media and journalism companies. Some 15 per cent said they were hired at marketing, public relations and advertising firms.

Most of the interns who participated were female, given many of the industries routinely using them are female-dominated, said Ms. Seaborn. Women are equally ill-served by a recent funding announcement by the Conservative government for paid internships, she added.

The Tories recently announced $40-million for 3,000 paid internships in the "high-demand" fields of science, technology, engineering, mathematics and the skilled trades. But there was nothing for industries traditionally dominated by women, like nutrition sciences, social work and teaching, Ms. Seaborn said.

"I can't say that was the intended effect, but it could have such a drastic effect on gender, on women my age," said Ms. Seaborn, 25.

"It just means a 22- or 23-year-old female is a lot less likely to be paid in their first few jobs than a young male. That's really problematic."

A spokeswoman for Employment Minister Jason Kenney said it is "entirely false" to suggest the "high-demand" fields are geared toward men only.

"In fact, our recent Apprenticeship Grant commercial highlights a real life woman, Valerie, who got support from the Government of Canada and is in one of these fields," Alexandra Fortier said in an e-mail.

"These internships will provide post-secondary graduates, both male and female, with the experiences and opportunities to help them succeed in the job market." 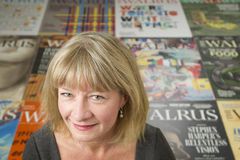 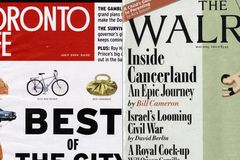 Facts & Arguments
Why shining the shoes of rich businessmen is better than my internships
September 18, 2013 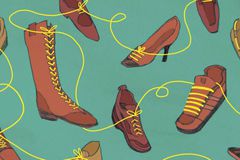 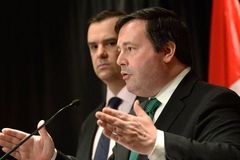 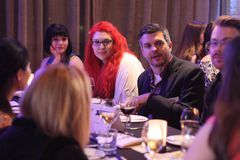 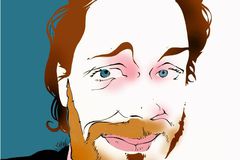