A recent Alberta court ruling is a jarring reminder to homeowners and landlords to ensure they are onside with the requirements of their property insurance policies, particularly those regarding vacancy.

The ruling, which was released by the Alberta Court of Queen's Bench last month, concerned a man who in 2011 bought an income property in the town of Westlock, just north of Edmonton. Immediately after his purchase, he bought property insurance and rented out the home to a married couple.

Several years later, the couple had marital problems and moved out one at a time, with the wife leaving first and the husband moving out of the home by July 13, 2015. The landlord took the unexpected departure as an opportunity to renovate, with a view to renting to new tenants in September, 2015. He then dropped off his camping trailer at the property, which he planned to stay in occasionally during the renovations, and began the work.

On Aug. 22, however, these plans were upended when the home's roof caught fire, causing severe property damage. The owner received yet more bad news when his insurance company declined to pay for the fire damage, citing a provision in the policy that ceased coverage for events occurring after the property was "vacant" for more than 30 consecutive days.

The owner sued the insurer, arguing that the property had not actually been vacant given he was literally camped out on the property during the renovations. The court disagreed, however, and dismissed his lawsuit. The fact that the fire was not caused by his vacancy was irrelevant to the analysis. All that mattered in the judge's analysis was the wording of the exclusion, which the judge found was met given the last tenant moved out 40 days before the fire.

The landlord in this case would likely have been able to obtain coverage for the vacant property had he contacted his insurer, although the new coverage would be subject to different terms and conditions and higher premiums. He might also have prevented the judicial finding of vacancy had he moved some clothing and furniture to the home and slept and cooked there during the renovations. Depending on the nature of his habitation, though, and assuming he did not sell his primary residence, there would still be a risk of losing in court.

This issue is of concern to all homeowners and landlords across the country, as vacancy exclusions with substantially identical language are standard in many provinces. What's more, the vacancy exclusion is not the only provision in the standard property insurance policy with the potential for draconian effects.

Our case law is riddled with cautionary tales of homeowners and landlords who failed to report a "material change" to their insurer, impermissibly conducted "commercial activity" on their property, or were found to have completed their insurance applications inaccurately – and were as a result left without compensation for property damage caused by fire, water, and other perils.

Given such devastating financial consequences, property owners are well-advised to sit down and trudge through their insurance policy page by page. While it will likely require a strong pot of coffee, a fine print magnifying glass, and legalese-to-English dictionary, it's a small price to pay to ensure the insurance you've been paying for all these years is actually there for you when you need it.

Gord McGuire is a partner with Adair Barristers, Toronto, practising in all manner of civil litigation.

Are there risks in switching car and home insurance providers too often?
October 4, 2017 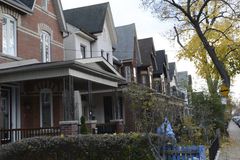 The scariest words in your home insurance policy
August 22, 2017 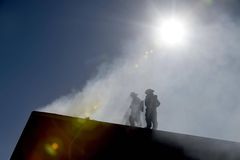 The time to check your home insurance policy is before the flood
May 10, 2017
Follow us on Twitter @globeandmail Opens in a new window
Report an error
Due to technical reasons, we have temporarily removed commenting from our articles. We hope to have this fixed soon. Thank you for your patience. If you are looking to give feedback on our new site, please send it along to feedback@globeandmail.com. If you want to write a letter to the editor, please forward to letters@globeandmail.com.
Comments